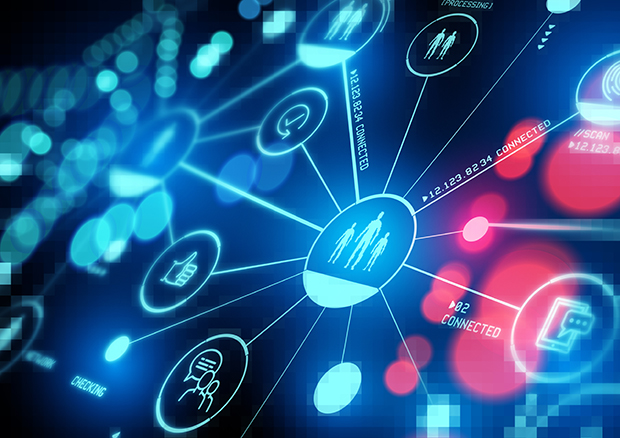 The re/insurance industry holds high expectations for blockchain technology as an opportunity to increase efficiency of insurance processes, and the future is beginning to take shape with the launch of new platforms and products. Intelligent Insurer reports.

Blockchain, also dubbed distributed ledger technology, is the technology behind digital currencies such as Bitcoin and is praised for the fact that it creates a secure ledger of information that prevents the unauthorised modification, addition or removal of data.

As blockchain systems are immutable and do not require oversight by a central authority, one of the advantages of this technology is that it opens up new options for secure collaboration between competitors by removing the need for trust between third party organisations.

The technology can also offer additional benefits specifically to the insurance industry. Insurwave, for example, is a blockchain platform which went live in May 2018 to support marine hull insurance and shows how blockchain can transform processes in the industry.

The platform brings together all the parties of the insurance value chain, including container ship operator Maersk, Willis Towers Watson, AXA XL, and MS Amlin, on a single platform. The platform will support more than half a million automated ledger transactions and help manage risk for more than 1,000 commercial vessels in the first year, according to EY, which participated in the development.

“The success of the marine blockchain platform is a concrete example of where this innovative technology is being deployed to drive positive change in the insurance industry,” Paul Taffinder, director of strategy and innovation at MS Amlin, said about the platform.

Martin Henley, chief information officer at AXA XL, added: “Ultimately, through the use of the Internet of Things (IoT) and smart contracts, policies will be updated automatically to reflect the risks covered; this combination of technologies will help improve efficiency in claims assessment and payment.”

The Insurwave platform allows for faster payment of claims—within hours, as opposed to years, in some cases, according to EY. Premiums can be agreed and settled within seconds as the information on the platform can be updated in real time.

One of the major innovations for marine insurance from the new platform is that shippers can track assets and share this data with brokers and insurers. It enables insurers to track their exposures in near real time and therefore allows a better matching of capital and accumulated risk. For brokers, the platform means they can focus less on administration and more on servicing clients.

For example, the platform allows the digital mapping of warzones which, in connection with smart contracts, calculates the premium if the ship were to cross the area. The captain of the ship then has the choice of whether to cross the warzone at a higher premium, or avoid it.

There are plans to expand the platform to other types of business insurance including global logistics, aviation and energy sectors.

More new applications are underway. B3i, the blockchain insurance industry initiative which was incorporated in Switzerland in March this year, is launching its first product in January 2019.

The property catastrophe excess of loss product, Property Cat XOL, will run a shared process including calculation, settlement and reporting on a distributed ledger. It will be able to handle multi-party contracts between cedants, brokers, and reinsurers, according to B3i. It will manage encrypted information between the involved parties and operate on a smart contract logic, allowing the tracking of ownership rights in order to apportion royalty payments.

When cedants request a quote they will interact with brokers and reinsurers on the B3i platform until signed lines are agreed. Placement messages are channelled and encrypted, so that each party can access and read only what it should. The same process applies for the settlement of contracts post-placement.

“We have almost all our shareholders that cover nat cats participating in the launch,” Paul Meeusen, chief executive officer of B3i, told Intelligent Insurer.

The Property Cat XOL contract has been developed solely by B3i, which is the owner of the intellectual property.

The institution has an early mover programme to test the product free of charge including a temporary agreement which also covers the Corda software, the blockchain platform B3i operates with. B3i wants to gradually introduce commercial conditions to the product by charging fees.

As the first applications are being tested, improved and extended, Magdalena Ramada Sarasola, senior economist at Willis Towers Watson, expects blockchain innovation to bring insurance to a new level in the future.

“What we are building is about efficiency and becoming more transparent as an industry,” Ramada said during a November blockchain event in Amsterdam.

“It is about smart contracts, automation, enabling processes between third parties and competitors and being able to automate them in a way we could not do before,” she added.

“In the future we are looking into things that enable constant observability and transparency, and building ways of dealing with data that will enable us to be more transparent,” Ramada explained.

The blockchain ecosystem clarifies the ownership and provenance of solutions and how they have transitioned over time, she explained.

These provenance solutions have been used first for digital assets, such as in the case of Bitcoin, but are now being applied to physical assets, she noted.

Ramada’s medium-term vision for blockchain will lead to solutions that capture data in a distributed way which may help people and companies feel more comfortable about sharing their data.

More data is likely to improve the understanding of risk and allow for an expansion of insurability in new markets, she said.

Ramada expects that new insurance solutions will be based on peer-to-peer transfer and neutralisation of risk.

“In the future there may be a smart contract pooling specific data of a 19-year-old and a 90-year-old together and securitising that pool of risk, while adding a price to it and sending it to the market with another smart contract that will match it with an investor that has the right appetite for it,” she said.

Another development driven by blockchain that is set to change the insurance market may be betting and staking  and generating knowledge using market forces, strategies that insurtech startups are working on, Ramada said.

“I may know that my neighbour is a good person. She may not be known to the credit bureau in the US, but I know her because I have been living next to her for 20 years,” she said.

“Perhaps, if I was rewarded, I would bet that my neighbour is a good driver and wouldn’t cause an accident. This prediction and a betting market that is built to capitalise on such data of social capital may create a new way to understand risk,” she explained.

“We are seeing experiments that are not only generating insurability through data, but data being produced to increase the insurability of underserved population pools,” Ramada said.

Blockchain requires a new approach to risk as the technology allows for a new way of structuring markets and interactions between firms and people, Ramada noted.

“It’s a social and sociological innovation that enables people who don’t know each other, who don’t trust each other, or who have a conflict of interest, to transact any type of value without anyone overseeing what they are doing.

“Smart talent is the ability to unlearn and re-learn. That is what we need today,” she said.