Blue Marble: protecting the uninsured together 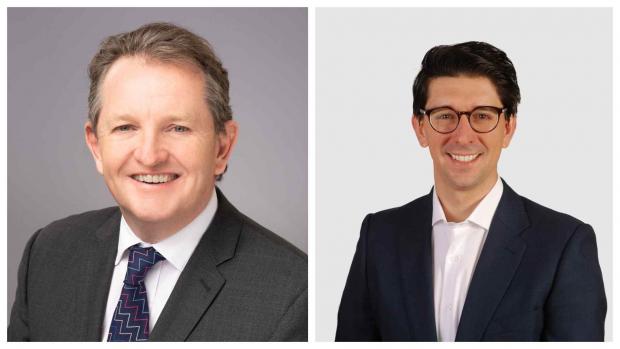 With a strategy to tackle big problems in a different way, with different people, Blue Marble’s James Whitelaw and Jaime de Piniés explain what the consortium-backed innovator has planned for the protection gap.

“We have a vision of trying to create 100 million new customers who have never had insurance or insurance-related protection in the past.”

This is the big ambition of Blue Marble, the consortium-backed insurance solutions company, as explained by chairman James Whitelaw, who is also the chief marketing officer at TransRe.

He is, of course, talking about the organisation’s efforts to help close the protection gap.

Blue Marble was launched in 2016 when a number of companies trying to expand into markets with uninsured populations compared notes and found they had faced similar challenges.

“It’s such a large problem that there was a recognition that one company could not solve it on its own. That was the foundation of the consortium. The idea was to bring like-minded organisations together to help solve this huge challenge,” Whitelaw said.

The consortium consists of Aspen, ASSA, Marsh McLennan, TransRe and Zurich, and it has plans to expand its membership.

“We are open to new consortium partnerships within and outside the industry.” James Whitelaw, Blue Marble

Since launch, these companies have worked through Blue Marble to help bring the benefits of insurance protection to underserved populations and communities.

Jaime de Piniés, chief executive officer at Blue Marble, said: “The companies in the consortium bring not only the equity capital to ensure that we are active and we can operate, but also the risk capacity that ensures that all the ventures we design are well capitalised from a risk perspective.”

Blue Marble is also able to second experts from these established firms to solve “truly difficult problems” in domains that otherwise would be very hard to get right, he said.

In its first six years, the insurance solutions firm launched 11 ventures in multiple territories. De Piniés said that this work involved getting people on the ground in the country or region to work with local partners.

“We go to Colombia, Zimbabwe, Indonesia, to rural areas, to understand what the customers need, finding out what their risk needs are, and then work out how we can design a product that meets those needs. There’s a lot of field work and the research that goes into designing a solution, and then packaging it into an insurance product.”

He said the firm brings those hard won insights back into the insurance industry. “We’re helping stitch together the risk supply chain with insurers and reinsurers, and that’s where the consortium becomes essential.”

This work enables the firm to create the infrastructure to scale up ventures and evolve insurance products, services and access points, de Piniés added.

“We’re very focused right now on how we can take all the schemes we’re creating to true scale. In the space of inclusive insurance, we’re seeing access to insurance and a lot of pilots. We’re trying to put in place all the infrastructure to scale this up from a risk standpoint. Then we won’t have to spend months building the chain because it will already be in place.”

One project that has gained traction is Blue Marble’s work to insure farmers. When the group started thinking about what problems they wanted to solve they realised “it’s no secret that climate change is impacting some populations disproportionately”, de Piniés explained. There are a lot of vulnerable populations, especially in the tropics, struggling with climate change, particularly farmers and the agriculture sector, he said.

On-the-ground research began in Zimbabwe and Colombia. From this early work, the team found that drought and excess rainfall events were hitting some farmers particularly hard. The type of crop also mattered a lot, so the insurance offerings had to be adapted.

With parametric solutions and satellite data this was “really the birth” of the capability the organisation has now, de Piniés said.

“From these two countries, Zimbabwe and Colombia, we have not only created solutions, but created partnerships.”

From its work in Zimbabwe, the group has partnered with the UN’s World Food Programme, and Blue Marble’s programme has been taken across Africa.

Similarly, in Colombia, the work evolved into a partnership with Nespresso. The group is now expanding across Latin America, Africa and Asia.

“There’s demand for these solutions, because this is certainly a big problem,” de Piniés said.

“We’re trying to put in place all the infrastructure to scale this up from a risk standpoint.” Jaime de Piniés, Blue Marble

When Whitelaw and de Piniés spoke to Intelligent Insurer, the COP27 meeting was taking place in Egypt. Given the major toll climate change is taking on vulnerable and unprotected communities, de Piniés welcomed the unveiling of a G7-led plan called the Global Shield Financing Facility at the summit. The facility will provide funding to countries suffering climate disasters, with the first recipients being Pakistan, Ghana and Bangladesh.

De Piniés sees it as governments’ taking a step towards finding a global solution for climate adaptation with a tool that has the potential to transfer risk.

“It’s putting climate adaptation together with climate mitigation as necessary actions that need to be taken over the next few years, and putting public-private partnerships (PPPs) as the means to achieve that,” he said.

“We believe that is the way to do it. We’re dealing with extremely complex issues and unless we all work together, we’re not going to be able to achieve our goals. It’s something we want to participate in as we move forward.”

De Piniés highlighted another COP27 announcement that impacts Blue Marble directly. The team is about to start a project in India, working with the Self-Employed Women’s Association (SEWA, https://www.sewa.org/) and the Arsht-Rockefeller Foundation Resilience Centre, focusing on providing women business owners with protection against extreme heat stress.

Such partnerships are central to Blue Marble’s success and Whitelaw confirmed that the group is always looking to expand its network of partners and industry participants.

“I applaud the work of the other entities in the space. We’re all trying to create new solutions for new people. But collectively, we’re still subscale. We’re not covering the tens of millions of people we want to, so we are open to new consortium partnerships within and outside the industry. We will continue to explore those opportunities.”

De Piniés agreed, and re-emphasised the need to continue scaling up and replicating the models they’ve developed that are already working, such as the project with Nespresso and smallholder coffee farmers.

Returning to the ambitious target of 100 million new customers, Whitelaw said: “On one hand, that seems an unimaginably large number of people to target. On the other hand, it is less than 3 percent of the world’s population that doesn’t currently have protection. We want to change that, and the only way we’re going to get to that kind of scale is by doing things in a different way.”

James Whitelaw is chairman of Blue Marble. He can be contacted at: jwhitelaw@transre.com

Jaime de Piniés is chief executive officer of Blue Marble. He can be contacted at: jaime@bluemarblemicro.com