Climate change: weighing up the question of insurability 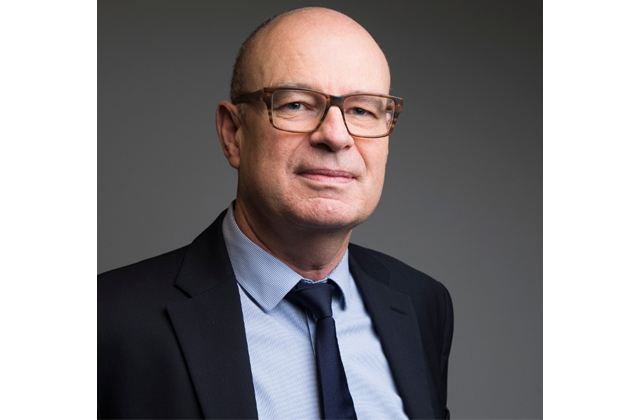 The complexity of climate change combined with models that contain uncertainties is not an excuse to do nothing, says Thierry Cohignac, deputy director of reinsurance and public funds at CCR.

Watch the news in any given week and you can’t miss stories related to climate change, from megafloods to wildfires or even a call to action—because there is still time to avoid the very worst—from the Intergovernmental Panel on Climate Change (IPCC).

For insurance too, there is reason to be optimistic on climate change as there are areas of progress in supporting the vulnerable and making a difference for everyone.

Developments by CCR, France’s state-owned reinsurer for natural catastrophes, are one such example. CCR has been working to help evolve nat cat policies to avoid a decline in insurability as a result of climate change, as Thierry Cohignac, deputy director of reinsurance and public funds at the organisation, explained.

“Climate change lies at the heart of CCR’s concerns through its activity as a state-owned reinsurer of nat cat within the French nat cat policy,” he told Intelligentinsurer.com.

“Nat cats in France account for more than 90 percent of CCR’s turnover. Therefore, it is logical that this subject is given the utmost attention.”

As the government’s risk manager, CCR has a duty to advise public authorities on climate change risk and its evolution over the long term. It was in this context that in 2018 and 2020, CCR conducted studies  on the impact of climate change on the cost of natural disasters by 2050 for metropolitan France and overseas territories.

These results emphasised the need to strengthen prevention policies, without which the financial balance of the country’s nat cat policy would be threatened. For example, under the IPCC’s worst-case scenario insurers would see a 50 percent increase in the claims/premium ratio by 2050.

As part of CCR’s research, a number of insurers took part in a pilot study organised by the French Prudential Supervision and Resolution Authority (ACPR) in 2021. This study measured the impact of climate change on the insurers’ portfolios, which is a vital piece of data for persuading insurers to take more action.

As an institutional investor, CCR has an active policy of sustainable investments to reduce the effects of climate change as much as possible and move towards carbon neutrality. It has signed up to the United Nations Principles for Responsible Investment charter and outlined its commitments and objectives in its environmental, society, and corporate governance (ESG) report.

“The evolution of the climate can be measured only over several years.” Thierry Cohignac, CCR

The biggest challenge for insurers modelling climate change is probably on the underwriting side. Cohignac highlighted a point made in 2015 by Mark Carney, then governor of the Bank of England, that climate change is currently in a phase known as the “horizon tragedy”.

He explained that this means that decisions taken today will have an impact only in 10 to 20 years’ time.

“The increase of the transition risk, by strongly regulating the economy especially on the investors’ side, will be beneficial only to the physical risk, in the form of a decrease or reduction of the increase of natural disasters, in many years.

“The same is true for underwriting. The evolution of the climate can be measured only over several years, whereas operational underwriting decisions are usually determined over the short term,” he explained.

However, he added, the study of climate change and its impact on the insurance industry has confirmed a fundamental issue: that underwriting risks have become uninsurable for some parts of the world.

This question of insurability is at the heart of the solidarity principle governing the French nat cat system, Cohignac said. It is a principle which has been sustainable until now, and is one of the system’s strengths, compared to what exists in other countries.

“Should we then acknowledge the impossibility of pooling these risks and abandon the solidarity which characterises the French nat cat system?” he asked. “Or, on the contrary, will covering them in the future prove to be a great opportunity, or even a civic responsibility, for insurers?”

Part of the answer to this fundamental question for CCR lies in how the insurer has created tools and expertise to tackle the dilemma.

For many years, CCR has been working on models to estimate the costs resulting from natural events for the main risks covered by the nat cat policy: floods, marine submersions, subsidence, hurricanes and earthquakes.

Cohignac said that more recently—since COP21 in 2015 when the Paris Agreement was signed—CCR has studied the impact of climate change on the cost of natural catastrophes in partnership with Météo-France, the state-owned weather forecaster.

Météo-France gave CCR data from its ARPEGE climate model for the present and for the climate in 2050 according to the IPCC’s most pessimistic scenario.

CCR fed this data into its “classical” nat cat models. The next step is now to modify the insurance portfolio to be consistent with the population, and business, evolution expected by 2050. These changes will take into account the increased clustering of risk in more and less risky geographic areas.

“Overall, even if there are many uncertainties on each of these steps, around climate change and population changes, we have a model that allows us to assess the evolution of the cost of natural disasters by 2050,” Cohignac said.

“Among the tools for adapting to change, there is prevention.”

In terms of what this might mean for CCR’s future underwriting decisions, he said that as a public reinsurer, the organisation “must continue to insure all insurers operating in France, thus ensuring the broadest possible pooling of risks”.

“The results of our models will help the public authorities to evolve their nat cat policy and to avoid a decline in insurability as a result of climate change,” he added.

More collaborations are on the cards for the insurer, Cohignac said. “The organisation doesn’t intend to develop its own climate models and relies on Météo-France to do this as CCR’s long-time scientific partner.

“In addition to Météo-France, we cooperate with other research institutes specialising in specific risks. For example, we collaborate with public research body the Institut national de la recherche agronomique for floods, and the French geological survey Bureau de Recherches Géologiques et Minières for drought.

“We also collaborate with startups specialising in climate modelling such as Risk Weather Tec for cyclonic hazards. These collaborations are implemented through research contracts or theses carried out within CCR and in collaboration with research centres,” he added.

The climate pilot study run by the ACPR was an opportunity to work closely with a dozen insurers, representing a significant market share, who were particularly motivated by the subject, he explained, adding that this exercise is likely to be replayed in 2023.

But, Cohignac said, the insurance industry can still do more.

Until now, ESG regulations have encouraged re/insurers to work on the asset side of their balance sheet by steering their investment policy towards sustainable investments, he said. But the part related to physical risk, the impact on liabilities, was not sufficiently taken into account.

“This can be explained by the sheer complexity of the climate models to be implemented as well as the data required to measure the impact of climate change on insurers’ liabilities.

“It seems that under the leadership of the European Insurance and Occupational Pensions Authority and the ACPR, efforts have been made to model climate change,” he explained.

In a call to action for the industry, he added: “Climate change is a complex topic and current models contain many uncertainties. This should not be an excuse to do nothing.”

The question of insurability remains a key concern for CCR.

“At the French level, and beyond the financial balance of the natural disaster insurance policy, there is the question of the insurability of some regions in the near future. To answer this question, we must be able to determine the reasons for the uninsurability of a risk or a group of risks,” Cohignac explained.

Is uninsurability related to the increase in the price of insurance beyond levels that drive individuals or companies to stop insuring themselves? Or is it the choice of some insurers to no longer insure some areas that are too exposed to natural disasters?

The question of insurability exists at the international level too. Cohignac said that the decline of insurability or the lack of insurance will hinder the economic growth of the poorest countries, which are often the most exposed and the most vulnerable to climate change.

There could also be opportunities for insurers that get involved. “CCR operates a public policy in covering uninsurable risks, so if there were any opportunities to catch, this should be to the benefit of the most inclusive group of insurers and their clients by promoting prevention programmes and effectively lowering the impacts of climate change on the population,” Cohignac said.

He emphasised that climate change efforts have mainly focused on mitigation, leaving aside the topic of adaptation, which is sometimes perceived as a failure in preventing climate change. But climate scenarios show that adaptation will be unavoidable to a greater or lesser degree for some countries.

“Among the tools for adapting to change, there is prevention. We must therefore work more on this subject. For example, nat cat models will allow for prioritising prevention measures according to their efficiency without the ‘horizon tragedy’ being an obstacle, given the time required for this type of tool to be profitable.

“It is therefore important to include, within the nat cat models, the possibility to consider prevention measures. We are currently working on this vast issue,” Cohignac concluded.

Thierry Cohignac is deputy director of reinsurance and public funds at CCR. He can be contacted at: tcohignac@ccr.fr