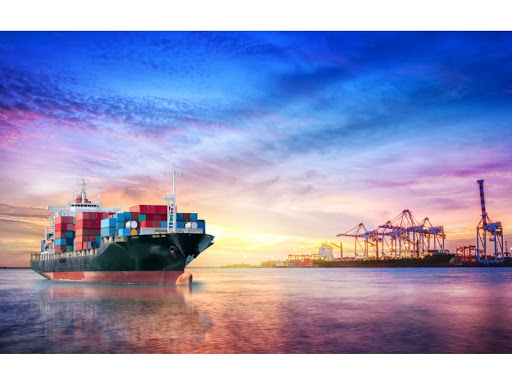 Marine insurance can no longer hold its course as it struggles to navigate the consequences of a global pandemic. But could the current global catastrophe also present an opening to sail out of the doldrums? A Re/insurance Lounge panel discussed the issue.

A panel of industry experts believe that changes for the re/insurance market are long overdue and that the time has come to embrace the opportunities presented.

“Renewal season for the re/insurance market is long overdue,” says Andrew Yeoman, chief executive officer of Concirrus. “We are also preparing for technology-fuelled market entry as the re/insurance industry navigates the force of the COVID-19 pandemic.”

“Lloyd’s has forecast losses in the region of $2.2 billion.” Richard Turner, IUMI

Yeoman was speaking during a panel discussion held on Intelligent Insurer’s Re/insurance Lounge, an online platform where interviews and panel discussions are held live on a weekly basis and content is available on demand at any time to members.

“COVID-19 has had a massive financial impact on the marine insurance industry,” says Richard Turner, president of the International Union of Marine Insurance.

“In fact, Lloyd’s has forecast losses in the region of $2.2 billion; this impact can be divided into both claims and investment.”

Turner says that the true impact of claims will be clear only at a later stage, but that there are already many business interruption claims being filed, as well as the consequences of having thousands of crew members quarantined on board.

“A lot of things will change and mundane tasks will be easily automated.” Seema Pandey, Mar Risk Services

He adds that the pandemic has altered marine insurance operations. “Insurers are now compelled to trade virtually,” he says. “It has fast-tracked trends that were already on the brink and accelerated the use and deployment of data.”

Seema Pandey, marine director at Mar Risk Services, adds: “The pandemic has changed the nature of broking because we no longer have the benefit of face-to-face contact.

“The capacity for virtual broking has been there for some time, but it was not something that many of us wanted to do. The networking benefit of face-to-face broking is currently lost, and many brokers felt that sitting eye-to-eye with clients had a far greater bearing.

“There was speed and efficiency in sitting down and hashing out deals in one go, rather than waiting for email and Zoom meetings. However, I believe that everybody has taken the virtual side on board and the industry is doing very well.

“Personally, I still look forward to face-to-face broking, but I think a lot of things will change and that mundane tasks will be easily automated,” adds Pandey.

Yeoman agreed with this sentiment. “We have had to change the way we interact in business. One of the big challenges we have seen for insurers is bulging inboxes, which are slowing their response times to clients. But one of the saving graces this year has been Placing Platform Limited (PPL). The stats around the growth of PPL are phenomenal.”

“Clients are far more vigilant about their policies and reading them through carefully.” Graham Jenks, Southern Marine & Aviation

Yeoman says that businesses around the world are in the same boat.

“The whole world has locked down, so everyone has been impacted at the same time. It would have been more problematic if the opposite were true and some markets came out as others went into lockdown,” he says.

Graham Jenks, senior vice president, cargo practice leader at Southern Marine & Aviation, adds: “COVID-19 has had a drastic effect on world trade, and we do not have trading floor any more.”

Jenks adds that the world has experienced a major stress test for virtual operation, although he adds that there was a trial run of remote working in the US in 2017 during Hurricane Harvey, which made conventional ways of doing business impossible and forced the remote working issue.

“COVID-19 has forced the issue of technology with all of its opportunities and challenges,” says Jenks. “We have found that clients are far more vigilant about their policies and reading them through carefully. This is possibly because they have more time. The challenges for us include greater delays in concluding business.”

The panel agreed that the pandemic has presented a mixed bag of challenges that could shake up the marine insurance industry, which has had a lacklustre performance in the past. In addition, a hardening market is presenting fresh opportunities.

Jenks says that it has been a huge challenge for the market in the past when values were down.

“Some of our big oil and gas accounts have been down by 80 percent in terms of exposure and if you are doubling those component rates, your premium rate is still half of what it was at renewal,” he explains.

“The cost of re/insurance is hardening, coverage is reducing, and terms are tightening.” Andrew Yeoman, Concirrus

“Trying to balance the corrective measures has been tough on the market. Frankly, I believe that a greater deal of discipline was needed, and this can only be a positive for the market.”

Turner adds that marine is not alone in terms of underperformance but has certainly been lagging for some time. The reactions to this lethargy are now becoming quite urgent. He does caution over the potential long-term loss of traditional skills and expertise as the market rapidly virtualises.

In terms of the new risks that marine re/insurers may grapple with in a world gripped by a pandemic, there is a challenge to uphold the reputation of the industry.

While the marine insurance industry may benefit, Pandey adds that the decline in global trade can be considerably tough from a client’s perspective because the market has held steady, but rates are still words missing.

“It’s difficult for clients to understand why they are being subjected to higher rates if they are performing well,” says Pandey.

Yeoman agrees, saying that the industry has seen cargo rates double in the last year, some up 30 percent. “This makes for an exceedingly difficult conversation with clients and we are finding that marine insurance now has to stand on its own merits.

“It’s a very complex re/insurance market where the cost of re/insurance is hardening, coverage is reducing, and terms are tightening,” he says.

Yeoman adds that the industry must engage the assured, the insurer, and the broker in risk reduction.

Could the forced use of technology and data brought about by the pandemic be the black swan for an under-performing market?
“Being compelled to use technology may influence the industry in a more positive way,” says Turner.

“There is a need for more data to help us select the price risk more effectively and I believe that the correct deployment of data and technology can help better select risk,” he concludes.

To view the recording of the Re/insurance Lounge session click here.