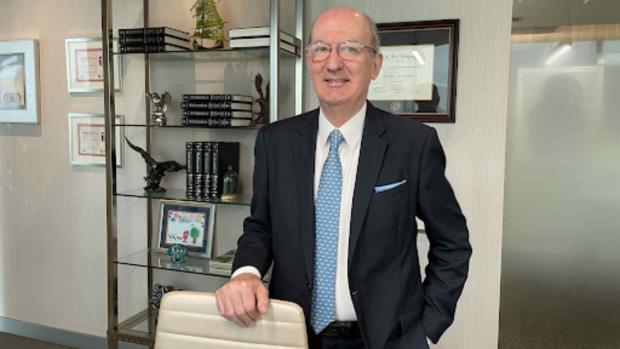 As Active Re celebrates its 15th anniversary, CEO Ramon Martinez Carrera shares the strategy behind the reinsurer’s sustainable growth and talks about its ongoing expansion plans.

Active Capital Reinsurance has grown from a monoline reinsurer operating in one region to a truly global player working with multiple classes of business since it was founded in 2007.

Now, as the Barbados-domiciled reinsurer celebrates its 15 year anniversary, chief executive officer Ramon Martinez Carrera has his sights set on ever greater expansion.

The company’s global expansion began in earnest in 2015, when the reinsurer started doing business in the Middle East, Central Europe, and Asia-Pacific, as well as making a steady and sustained move into other more traditional lines such as property, engineering, energy, marine hull & cargo, credit & surety, and liability. Today, its work also encompasses financial lines.

But, indicating ongoing ambitions, the company’s CEO says Active Re is “always open” to diversifying its portfolio further and expanding geographically.

“From being a very Latin American reinsurer, we’re now working with 465 cedant companies worldwide, in 112 countries and through more than 100 brokers,” he says.

“Having that capacity is not enough, we also needed to improve our underwriting discipline.” Ramon Martinez Carrera, Active Re

For Martinez Carrera, 2015 was a pivotal year for Active Re. That was when the company’s growth really took off and it became a multiline global operator. The company’s internal underwriting and operations teams are bolstered by a business model that sees the reinsurer work with managing general agents (MGAs) and key regional brokers.

Martinez Carrera says this model has been crucial for growth. “We’re running 17 binding authority agreements and other facilities, so it’s a great combination dealing not only with the internal team, but also with external distribution channels.”

Digitisation and innovation have played a central role in the company’s growth story, he says, explaining that tech innovation has created a “major gearing possibility” to grow intensively, based on profitability and productivity. For this reason, Active Re has invested in its platform and talent, and is in the process of integrating all its systems to improve productivity.

Martinez Carrera says capitalisation is another very important component in the company’s global development. “We have been supported by our shareholders throughout the past 15 years as they sustained the capitalisation to offer more capacity to our markets.”

He says that from inception to today the risk capital has increased at a compound annual growth rate of 55 percent, something he calls “amazing growth”.

Such support has enabled the reinsurer to increase both its capacity and its retention.

“For us, this is a very important outcome of the past 15 years. Of course, having that capacity is not enough, we also needed to improve our underwriting discipline. That’s why we think that investing in talent has been very important for us,” he explains.

Martinez Carrera is proud of his multicultural team of underwriters located in 14 different cities around the world and doing business in more than 100 countries. Their relative proximity to clients worldwide in combination with the reinsurer’s decision to remain “lean and agile” means the decision-making process is very fast, he says.

Now, ever ambitious, the company plans to accelerate its decision-making further to pick up untapped opportunities.

He says the reinsurer is very conscious of its rating, adding: “AM Best rates and catalogues our balance sheet as ‘strongest’, and that’s very important for us.” The reinsurer has always enjoyed a stable outlook, and has held an AM Best Financial Strength Rating of A- (Excellent) and a Long-Term Issuer Credit Rating of “a-” since 2018, with positive outlook since 2021, and reaffirmed in 2022.

In terms of financial size, or scale, he explains that the business is “always trying to increase in size and improve at the same time”. If the business continues to grow organically, he says, it could achieve more than $100 million in equity. Such growth would also be a step up in AM Best’s size categories which, he says, is the next benchmark for the company.

The quality of the business’ profile is a key element of the third strategic pillar—stability—and Martinez Carrera says that following a strategy of steady portfolio growth, using innovation and digitisation, has enabled the reinsurer to move from a pure facultative reinsurer to become more oriented to treaty business.

“One third of our portfolio is already bound by treaty business. Our business model is based not only on the internal team, but also on MGAs, so this is a very specific and particular strategy and business model.”

The strategy behind strong operational performance takes into account the geographical spread of Active Re’s teams globally and focuses on underwriting discipline.

“We have underwriting teams in different locations, but we only have one brand and one discipline to accept and evaluate risks,” he says. Another element of this pillar revolves around how the business handles and manages reserves, or how it supports reserves with the necessary liquidity.

Martinez Carrera comments: “We have very conservative investment policies. As a result, we did not suffer during the financial turmoil at all.”

The fifth pillar, enterprise risk management, is kept on track with a comprehensive risk management framework and governance. He says that keeping this under control is vital, given all the risks the industry faces as a whole and with a constantly evolving risk landscape.

“Our strategy is for steady growth. We avoid catastrophic risk as it’s outside our appetite. We don’t like volatility, we prefer growing sustainably and avoiding big jumps or falls,” he says.

“We are always open to receiving new business plans and developing our own plans.”

The reinsurer has met its budget and growth expectation for 2021 and 2022 in spite of the COVID-19 pandemic. Martinez Carrera says the company managed to absorb the volatility during the pandemic and even reinforced Affinity, its core business.

Active Re has diversified its portfolio and net results are growing faster than the gross premium written. “This means that our portfolio is profitable. We’re not looking at volume, we’re looking at profitability. Capital has been increasing steadily, so has the retention,” he says.

“The return on equity is more than 25 percent, compared with the industry, which is below 5 percent. The combined ratio during the last five years was 78 percent, while the industry average is over 90 percent.

“Our operation is quite different. Our loss ratio this year is estimated to finish at 49 percent and we’re estimating our combined ratio will finish at about 73 percent.”

Martinez Carrera is well aware of the global challenges to future growth, given record inflation expected to continue next year and current geopolitical problems.

He says that the reinsurer is focusing on developing markets, not just the mature markets, because that is where the business is growing and where the opportunities are coming from. “We are increasing our participation and penetration in other markets such as the Middle East, Asia-Pacific, and Latin America.

“We are not just looking to the traditional lines where we’re already working, we’re trying to find other lines as well. In addition to our own capacities, we have our teams and our partnerships with MGAs. We are always open to receiving new business plans and developing our own plans.”

“We’re looking forward to entering markets and increasing the lines we offer to our business partners. We’re now well recognised in markets where five or six years ago we were unknown.

“Now we’re recognised as a good business partner in the Middle East and we’re moving towards Asia, where we are already doing businesses in a lot of countries and markets,” he concluded.

Ramon Martinez Carrera is the chief executive officer of Active Re. He can be contacted at: r.martinez@acreinsurance.com