Going global: why AmericanAg is expanding its footprint 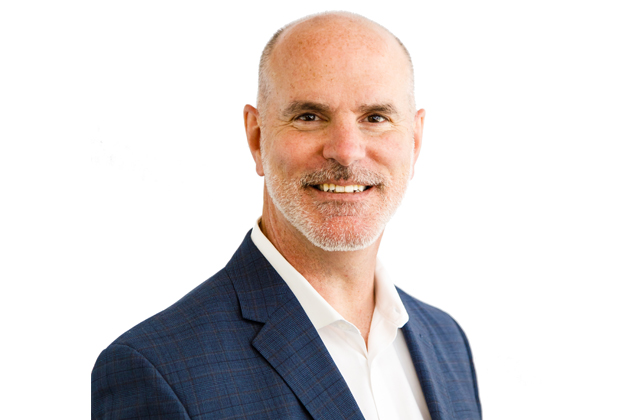 US reinsurer AmericanAg is on a mission to grow its international broker-led portfolio. The firm’s Pat Larsen explains why—and what sets the business apart in the context of the hard market.

AmericanAg was formed in 1948 by the American Farm Bureau Federation to provide reinsurance for the Farm Bureau insurance companies—a role that remains its core function as a business.

Some 75 percent of its reinsurance book comprises direct business written for the Farm Bureaus, but the rest of the book is international and US broker-led business—and it is focused on growing this part of its portfolio.

Pat Larsen, senior vice president for broker assumed business at AmericanAg, is an experienced industry veteran who has previously held senior roles with the likes of EW Blanch, Swiss Re, Kemper, and Zurich. Larsen is charged with helping the company expand its international and US broker-led book of business.

Speaking on Intelligent Insurer’s Re/insurance Lounge, Larsen stressed that his approach matches the ethos of the company: he values long-term relationships and the ability to add value. But he added that many underestimate the size and scale of AmericanAg, which writes some $1 billion in gross written premiums annually.

“We embarked on this strategy of writing more business internationally back in 1999,” he said.

“We felt it would be a very good way to diversify, not only for AmericanAg, but also to offer an opportunity for our owners to diversify their books of business.” In the context of the hard market, he says, the business now sees an opportunity to take this logic further and seek more growth.

“We want to also make it clear that our focus is global, our footprint is global, yet we take a local approach to how we underwrite, how we source business and how we value customer relationships,” he added.

The business sees an opportunity to grow and diversify by product line and by geography. Predominantly, this will be by increasing its participation on existing programmes initially, but it will also seek to move onto supporting other programmes when the opportunities emerge.

Larsen’s 2021 mission is to raise awareness among brokers to help them understand what its intentions are and help it source new opportunities.

He stated that AmericanAg has been a mainstay at the main industry conferences such as Monte Carlo and Baden-Baden for many years.
“So many people know us, and they know our underwriters extremely well. Now, it’s just a matter of getting the message out that we’re interested in growing our relationships,” he said.

AmericanAg’s appetite is for mainly short tail business that offers certainty in terms of results. It writes some liability business and provides cover for some speciality lines such as pollution and cyber—but these offerings tend to be more bespoke and often geared towards its Farm Bureau clients.

“AmericanAg likes to add value around these products through its robust research and development department,” he explained.
“We can assist with some hard-to-place risks and we certainly go above and beyond just delivering reinsurance capacity. That’s our mindset and what we want brokers to understand.

“We’re small in the grand scheme of things but we work hard to understand the risk. We work hard with the brokers, and we are open to adjust our line sizes or placement. The value that we add is being a really good partner.”

Market conditions
Most of the international business AmericanAg writes is done via the subscription market. While coverage may be led by a larger reinsurer, Larsen says cedants value the diversity that AmericanAg adds to their panels.

“That’s our sweet spot. That’s where we operate,” he said.

“We think we’re pretty well positioned there. But as I said, we’ve got some room to grow. Our strategy is to find clients where we can add value.”

In terms of market conditions, he acknowledges reinsurers are operating in a hard market. However, he does believe that rates are not as hard as many anticipated.

“If you go back to March, April last year, there was a tremendous amount of uncertainty and a lot of talk about market hardening. You also had the carryover of the unexpected frequency and severity of losses from 2017 and 2018,” he said.

But, he believes, harder rates did not transpire as anticipated.

“The retro markets made up lost ground in time for the year-end renewal and, while rates clearly increased, it was not by as much as some believed they would,” he said.

“I’m optimistic but perhaps not exuberant about how the market’s going right now.

“We have seen a huge amount of capital come into the market. As quickly as expectations rise, they can get tamped down pretty fast when you look at how easy it is for new capital to get utilised. That could dampen any hardening. It will remain hard, but not to the levels that I think people expected early on.”

Larsen argues that market conditions now are in contrast to previous cycles such as 2002, a hardening in part triggered by the terrorist attacks of 9/11 2001.

“I would say it is not as pronounced as the way the market exploded in 2002. That said, I think this hard market will be more sustained in duration,” he said.

For a company committed to the long-term game, that suits AmericanAg perfectly.