How casualty underwriting can adapt itself for climate change 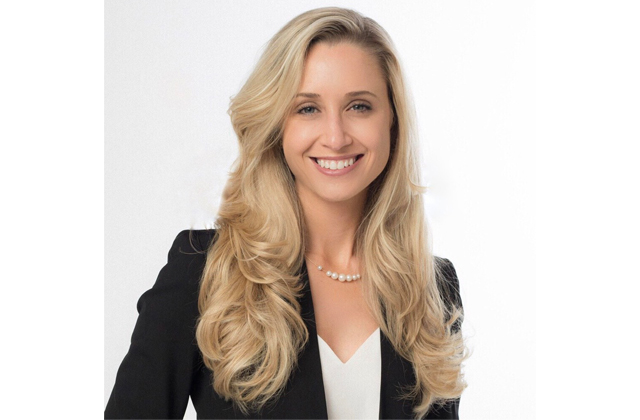 The world is getting hotter. Are the models casualty underwriters use up to the task?

A world that is increasing in temperature will require insurance thinking that has responded to that change. But while the models used for property underwriting have adapted, those used in casualty still need developing.

That is what Mia Finsness, managing executive for underwriting and claims at Markel, believes. She saw this writing on the wall a while ago and has written a report outlining where the changes she thinks need to be made. That report, “Coming to Terms with Climate Change in Casualty Insurance”, is available here.

Finsness joined Intelligent Insurer in the Re/insurance Lounge, the on-demand platform for interviews and panel discussions with industry leaders. She said that not being able to model correctly for climate change was an “emerging risk” within casualty insurance.

“The issue is something I’d been thinking a lot about over the previous year, and the industry in general is not really focused on it. While the industry has been focused on climate change and its impact on underwriting, it’s mostly been concentrating on the property cat side, especially with the increases in extreme weather-related events,” Finsness said.

There are, she added, two ways to think about this. “I believe there are two exposures, which I call ‘direct’ and ‘indirect’. The first would be civil litigation against insured companies, alleging that they caused climate change and, consequently, property damage through their actions.

“Indirect exposures are liability claims arising out of extreme weather events such as hurricanes, winter storms, or wildfires. They’re not as intuitive or obvious to capture, and it’s the underwriting here that needs more attention.”

Such thinking is timely. As we have seen throughout 2021, extreme weather events are becoming much more common, with the small amount of litigation taking place now set to grow. By Markel’s calculation, there are lawsuits within the US aimed at at least 15 large oil and gas companies over climate change, moves that the insurer believes echo the opioid lawsuits launched against a number of pharmaceutical companies.

Finsness writes in her report: “In those lawsuits, states, cities, and municipalities are suing the oil and gas defendants alleging that their operations dating back to the 1950s contributed to climate change and its environmental effects—including global warming and sea level rise—and that this has resulted in injury or damage, including property damage to state coastal areas.”

If the cases are successful, this will be of great detriment to insurers, even if it will take some time before they are resolved. Finsness writes: “The climate change litigation has been pending for four years while the parties engage in a drawn-out battle over whether the cases belong in state or federal courts.”

At some point, some of this litigation will break through and become precedent. It will then be an increasing liability for the insurance industry. To help combat this, Finsness said, casualty underwriters need to evolve their modelling tools.

“While the property modelling tools have become very robust and well established over 30 thirty years, those used in casualty underwriting lag in comparison.”

The need for tools

Part of the problem, said Finsness, is data. “I don’t know how good a job companies are doing at tracking cat-related events,” she said.

“Historically, property underwriters have been very good at collecting good data because they’ve needed it for their modelling tools. Casualty underwriters, on the other hand, have been less disciplined because, historically, entering a physical address on every risk for every property might not have been seen as relevant.”

The time, she believes, to work on and develop these tools is now, before there is an impending wave of litigation. Within Europe, activists and organisations such as the Urgenda Foundation and Climate Case Ireland have turned to the courts in order to hold the powerful to account for the world’s changing climate—and they have won.

To address the indirect risks, Finsness believes that it is vital to work on adapting property modelling tools that rely on geographic data rather than industry specifications.

In more-granular detail, she writes: “Property geocoding programs could map insured locations to show areas of geographic concentration, and then other assumptions could be factored into the analysis—such as legal jurisdiction or litigation rates—in order to account for the variables unique to liability exposures.”

There is clearly a lot of work to be done. Finsness said that casualty insurers will suffer the direct impact of third-party claims relating to climate change and from property damage and injury caused by extreme weather-related events.

If there is a time for the industry to wake up and see which way the wind is blowing, and how strongly, that time is now.