Insurers gear up to grapple with the impact of climate change 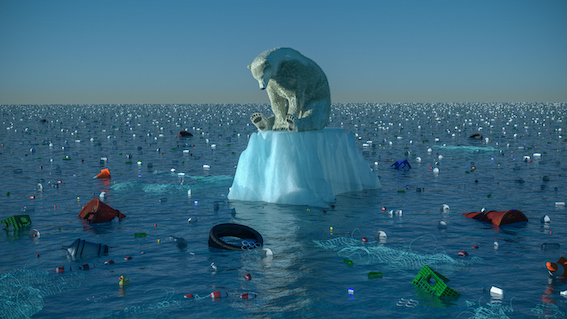 The earth’s climate could be changing faster than first thought – and definitely faster than insurers would like. This presents great challenges to the industry which needs to address them quickly, Intelligent Insurer discovers.

Scientists have warned for some time that rising air and sea temperatures could mean an increase in the frequency and severity of natural catastrophes.

Re/insurers have always paid close attention so such ideas, and any related research, as they could be particularly hard hit by such developments, both on the asset as well as on the liability side of their balance sheets.

But it seems the world is falling short of this target. The issue has become front page news again of late with a number of new studies showing the true scale of climate change – and suggesting what the consequences of that might be. A number of influential bodies and individuals have also highlighted the issue.

Petteri Taalas, secretary-general of the World Meteorological Organization (WMO), warned on November 29 that greenhouse gas concentrations are at record levels. If this trend continues, temperatures could increase by 3-5 degrees centigrade by the end of the century, Taalas said. “If we exploit all known fossil fuel resources, the temperature rise will be considerably higher,” he added.

The 20 warmest years on record have been in the past 22 years and the top four in the past four years, according to the latest annual WMO Statement on the State of the Climate report.

Many countries have also done their own studies. A recently published UK assessment by the Met Office also warned that summer temperatures could be up to 5.4 degrees centigrade hotter in the country, and summer rainfall could decrease by up to 47 per cent by 2070. The UK is likely to experience hotter, drier summers and warmer, wetter winters by the 2070s, as well as rising sea levels which can lead to floods, due to the effects of climate change, according to the report. 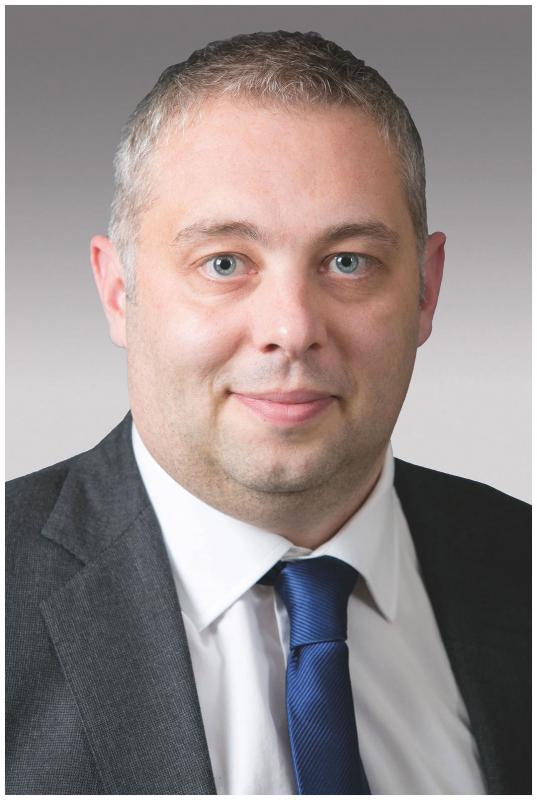 A threat to insurers

Climate risks as projected by scientists are financially material to insurers which may, as a result of climate change, face higher losses from extreme weather events such as hurricanes and floods, driving insurance claims up.

For Keith Goodby, head of the insurance investment solutions group at Willis Towers Watson, insurers will need to focus on four major risks.

The first is on the liability side, which is about greater and more frequent payouts for cat related events such as hurricanes, wildfires or flooding, Goodby explains. Perhaps over the very long term, in a bad case scenario, maybe an increase in mortality risk, he adds.

Then there is the risk threatening the physical assets insurers hold in their portfolio such as property or infrastructure, he says. These are typically illiquid assets that insurers keep in their balance sheets for a long time, he explains. The risks from climate change do extend to liquid assets such as equities as they might include, for example a manufacturer with a supply chain located at the coast and is at risk of flooding.

“This can impact the manufacturer which will be reflected in the equity price at some point,” Goodby says. Certain assets may become redundant and worthless due to actions taken to combat climate change, Goodby warns. Technological advancement or regulatory changes may result in some segments of the economy becoming inviable or irrelevant, he explains.

Furthermore, insurers need to focus on their reputational risk which may be damaged if they don’t react or act too late to the challenges of climate change, Goodby notes.

One example of this can be seen in the way insurers are shifting away from investing in or insuring companies associated with coal.

The Unfriend Coal report revealed that Europe’s four biggest primary insurers have now restricted insurance for coal; one third of the reinsurance market has done the same, and 19 major insurers with more than $6 trillion in assets have divested from coal completely.

The report ranks 24 of the world’s biggest insurers on their action on coal and climate change, scoring their policies on underwriting, divestment and other aspects of climate leadership.

Swiss Re ranks highest for the most comprehensive policies on both coal insurance and divestment, the report said. The reinsurer has divested from companies relying on coal for more than 30 percent of their mining income or power generation, and no longer offers them insurance coverage.

At the same time, companies like AIG, Chubb, Liberty Mutual and Berkshire Hathaway continue to underwrite and invest in the leading source of carbon emissions, the report noted. 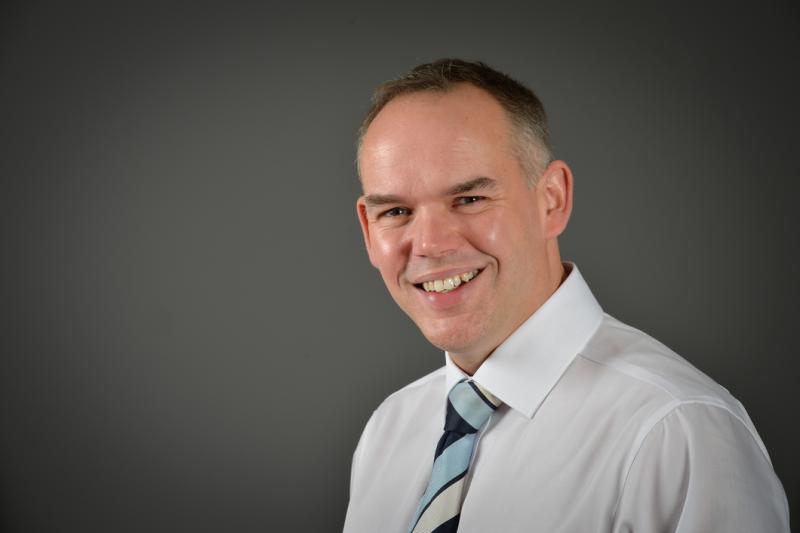 Predicting the future risks as they are shaped by climate change may not be an easy task, but insurers may benefit from new cat models that include the output of climate science models to help assess their potential future exposure, says Matt Jones, head of insurance product development at technology provider Simplitium.

“You can build catastrophe models in lots of different ways,” Jones says. So far, most of the models were based on historical data from windstorms or earthquakes and included simulations to develop a realistic representation of risk, he explains.

As technology evolves and climate models become more detailed, instead of basing the model on past experience, cat models may include future predictions of climate in a certain time frame, he notes.

Climate models are not perfect, he admits, but neither is history, he says. “Using the output of climate models as an input for cat risk models is an avenue that a lot of people think is quite interesting and can be very helpful,” Jones explains.

After calculating the current risk exposure with the existing cat models, the insurer can look ahead for example 20 years and see what the current climate change projections would mean for the US flood risk, US hurricane, or European windstorm exposure, Jones says.

“You wind the handle forwards and look at what the risk would look like in 20 years’ time to try to understand the impact of physical climate risk.

"This is not something we have seen so much to date”

There are some models on the market such as one from JBA Risk Management, for example, which focuses on flood risk.

JBA has developed a UK Climate Change Flood Model which it claims is the first of its kind and projects that annual average loss for residential properties in the UK could rise by 25-30 percent over the next 20 years as a result of climate change.

The model will help re/insurers understand the impact of climate change across the country by providing quantitative results that support projections from research and government data, the company explained.

The model applied government climate change factors and statistical adjustments to JBA's set of possible UK river, surface water and coastal flood events. The data generated provides an insight into potential changes to flood risk by 2040, according to the firm.

“It’s bringing together climate science on one side and cat modelling on the other,” says Jones. “This is a trend we will see continuing”.

The usefulness of cat models to the re/insurance industry and wider society could be enhanced with new climate modelling and observational capabilities, as well as other emerging new technologies such as supercomputers, cloud sourcing or deep learning, the Geneva Association wrote in a November 2018 report titled Managing Physical Climate Risk: Leveraging Innovations in Catastrophe Risk Modelling.

“As the effects of climate change become more severe, the insurance industry must keep up with market demand and anticipate future changes through the advancement of risk analytics,” said Anna Maria D’Hulster, secretary general.

Integration of latest climate science, earth system simulations (synthetic data) and nested models within the Global Climate Models (GCMs) into cat models could potentially be a game changer to evolve cat modelling towards a forward-looking approach, according to the report.

Such enhanced models linked to GCMs could be critical for integrating physical climate risk into core business, financial systems and investment applications, the report noted. Integration of such climate change calibrated cat risk models could potentially enable re/insurers to manage the physical risk of climate change now and for the future, it says.

Cat models need conditioning to understand climate change sensitivity and the associated impacts that may result from changes in risk distribution for insurable assets, the report notes. Among the perils that would clearly benefit from such enhancement are wildfire, large-scale hail, agricultural crop yields, drought, coastal surge flooding (via sea level rise), and extreme precipitation like cloudburst and even snowmageddon type events, the report stated.

There is an unprecedented opportunity for the re/insurance industry and cat modelling community to work more and more closely with the climate science community to enhance cat models with a forward-looking approach, it suggested in the report.

Pressure on insurers is rising

Meanwhile, regulators are stepping up the pressure on insurers to disclose their preparations for climate change.

The UK’s Prudential Regulation Authority (PRA), for example, has released a consultation paper on the financial risks of climate change, known as CP23/18, on October 15. The document outlines expectations towards effective governance, risk management, scenario analysis and disclosure. If implemented, it is likely to have wide ranging consequences both for insurers’ investment strategies and for risk management, Goodby wrote in an Oct. 30, 2018 blog.

The regulator wants to see evidence of climate change-related financial risk being appropriately considered and reflected in written risk policies, board reports and Own Risk and Solvency Assessment (ORSA), according to Goodby. Companies’ boards and executives as well as investment and risk professionals in the insurance industry have been put on notice to think about the relationship between climate change and financial risks, he explains.

“Regulatory pressure on disclosures will drive the sentiment,” Goodby says. “When we start to get a consistent set of disclosures and we have a number of companies publishing comparable data, sentiment will pressure companies that are lagging in their actions.

Investors are slowly moving in this direction,” he notes.

Areas that will require attention includes who at board and executive level has responsibility for identifying and managing the financial risk from climate change under the senior management function and their formal statement of responsibilities, according to the PRA document. Insurers will also need to describe how the attitude towards financial risks is embedded within risk appetites and frameworks.

Insurers need to show that they have appropriately identified and understood the possible financial risks from climate change and that they differentiate between physical risks, such as floods and storms, the impact on supply changes and agriculture associated with a failure to achieve the 2°C target.

The stress testing of assets is an area which has yet to be refined, Goodby notes. “The scenarios require a lot of judgement,” he says. One complication is the timeframes. More material impacts will manifest over a much longer term but short-term impacts must also be considered, he explains.

“While most of the companies may be interested in looking ahead 10 to 20 years, when you detect a trend within this timeframe it might be too late to steer the portfolio in the right direction,” Goodby suggests.

“The bulk of the impact will only become obvious beyond 25 years. One needed to calculate the impact on a 50-year time horizon,” he notes. However, the longer the time horizon the higher the chances that the assessment becomes inaccurate. But Goodby is optimistic: “The sophistication and the quantitative aspects of these scenarios will evolve over the next few years.”