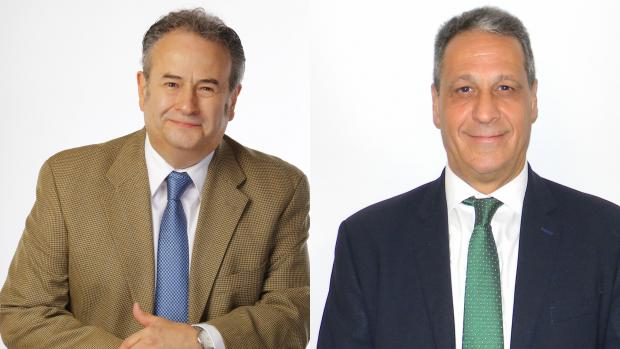 Latin America has talented professionals joining the insurance industry. The battle to recruit and retain is fierce, meaning companies need to be smart and forward-thinking if they want the best people, a panel heard.

Latin America is rich with talented people wanting to join the insurance industry—but leaders will need to adapt to attract them to their companies.

That was one of the key messages that came across in an Intelligent Insurer panel discussing “Land of Opportunity: Why Latin America presents such an opportunity for growth”.

The battle for talent was one of the biggest challenges facing insurance companies looking to make a play in Latin America.

Eduardo Betancourt, chief underwriting officer at Patria Re, said leaders need to listen to its talented people and nurture them carefully.

He said: “We are challenged to be a different kind of leadership. Listen to them. What do they want? It requires us to be more like our essential self. For those who have potential, we should make a tailor-made process of rolling them into to the company.”

Betancourt said you can learn a lot from the interview process.

“It’s very interesting. When you have the initial interview, some of them have expectations, such as what can they get from the company and how they can be developed.

“As a human being, they really care. But sometimes you need to focus them. The market is the market, and it won’t change very fast because they are there.”

“Once I get a good broker, you take care of them like a child.” Angel Martinez Roig, UIB

Angel Martinez Roig, associate director at UIB, said talent is so valuable that he treats people like family.

“Trying to retain the Latin talent in London is not easy because there aren’t that many Latin brokers. You need to take care of them, so they don’t go somewhere else,” he explained.

“Besides a competitive salary, which is obviously one of the main factors, the other is to give them challenges and responsibilities, such as training and giving them opportunities to grow.

“There are very talented personnel in Latin America. For example, on catastrophic events you have people in Mexico, or the Caribbean, all those countries near the Pacific coast. They’re experts on earthquakes, tsunamis, and volcanic eruptions. There’s big talent and good talent locally.

“We try to bring them over here, because there isn’t as much talent here in London. Once I get a good broker, you take care of them like a child, otherwise a competitor will get them,” Roig said.

Betancourt said that one of the advantages of today’s young talent was their multicultural outlook.

“They have learned to have relationships with different kinds of people from all over the world. They are very multicultural, multigender, multilevel. They do things in teams. We have to take advantage of that in the industry,” he said.

His company is still in the process of figuring out how to retain and recruit talent, he added.

The battle for talent is so fierce, companies must think hard about their strategy and culture in retention and recruitment.

“We haven’t finished finding a way to retain the talent that we have and to attract new talent. We’re working on that a lot. That’s the big challenge for all of us,” Betancourt said.

“The demand for cyber is high, but there’s not enough knowledge on how to write those risks.” Eduardo Betancourt, Patria Re

The panel discussed what kind of market talent the sector would face in the future. The Latin America market is not as mature as other parts of the world on products and services, but that is changing.

Data modelling is improving all the time. This would help insurers and reinsurers evaluate and manage natural catastrophe risk in Latin America.

Roig said that all the countries in Latin America, including the Caribbean—barring Brazil and Argentina—were catastrophe-exposed. Demand for natural catastrophe insurance was growing, meaning the region would continue to be attractive for insurance companies to invest and establish themselves.

Betancourt said that non-tangible risks would continue to have high demand for coverage. He used the example of cyber.

The evolution of environmental, social and corporate governance (ESG) issues will feature prominently in the thinking of insurance companies across Latin America in the coming years, he said.

“By 2026, we will see the adoption of ESG principles from the different companies in the sector. It is required not only from stakeholders, but also from the rating officers. That would be an interesting introduction and adoption for the sector.”

Roig highlighted the growth of life insurance and regulation.

“Life insurance premiums will grow faster than non-life since most of the countries have a very large population. Direct insurance will continue to grow.

“Also, regulators will incorporate more capital base into solvency and that will definitely increase the demand for reinsurance, especially for local sitting companies,” he said.

Betancourt outlined an exciting future for Latin American insurance, with innovation coming from the intermediaries.

“Some of the most successful formulas we have seen in Latin America are coming not from the insurance companies themselves, but from the agents developing solutions. Some of them are guided by reinsurers.

“They might look for a partnership with an insurance company, which is either local or regional. The solutions are coming from distribution. The processes being used now have come from the agents.

“The entrepreneurs and the insurtechs are being supported by reinsurers. At the beginning they might think of being local, but with the reinsurance they go to different companies across the Latin American territories.”