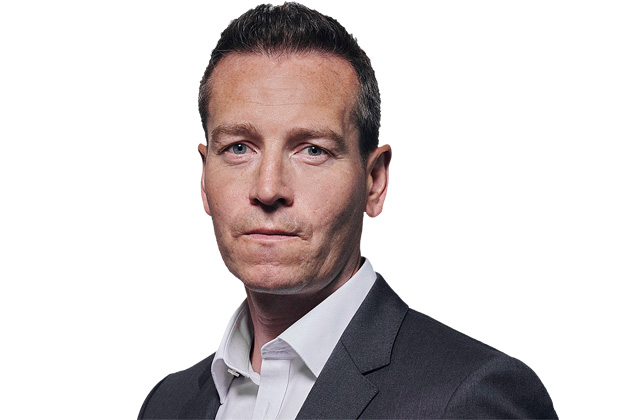 According to Markel International’s president, Simon Wilson, high levels of autonomy and independence for its teams and regions make it the ‘biggest set of small innovative companies’ in the market.

If Markel is sometimes referred to as a “baby Berkshire”, that’s only because Warren Buffett’s original is so big. Markel, a Fortune 500 holding company, generated revenues of $9.7 billion last year and employs close to 19,000 staff across its three business lines: re/insurance, investments, and Markel Ventures, which owns interests in various business that operate outside the insurance marketplace.

Like Berkshire, Markel uses revenue from insurance premiums to finance investments. It’s never paid a dividend and instead invests to generate long-term value for its shareholders, customers, and employees, as Simon Wilson, president of Markel International, puts it.

Wilson, who took over as president in October this year, spoke to Intelligent Insurer’s online hub for discussion and debate, the Re/insurance Lounge, where he discussed how Markel International has maintained its entrepreneurial approach to specialty insurance over the years.

“We don’t expect their expertise to stop at the point they come in. The world changes too fast.” Simon Wilson, Markel International

According to Wilson, sustaining entrepreneurialism is all about finding ways to resist the compounding complexity that often accompanies growth. “One of the things about big organisations and what often goes wrong is around legacy issues,” he explained. That can mean old IT systems, but it can also be the build-up of rules, processes, and practices over time.

“No-one can remember the reason that you did that stuff in the first place, but it persists, and that’s the nature of companies getting bigger,” he said. In time, that causes problems. “In the human body, arteries get calcified, and that’s the metaphor that I’d use for a large company that doesn’t try to sort these things out,” Wilson added.

Addressing the above, however, requires the business to trust its people. “We have a fundamental belief here that people on the ground trading in the markets where they trade know more about what they’re doing than central management does,” Wilson explained.

In practice, that means giving underwriting and national teams significant autonomy. According to Wilson, it’s a lesson that must be continually relearned. In 2015, for example, Markel International had the challenge of creating a single IT system for the trading operations in its retail business.

“We found that trying to do a massive, global, world-is-flat computer system just wouldn’t work,” he recalled. Instead, the territories could choose what they needed—and take responsibility for its success.

“The transformation in quality, speed, and ownership was overnight,” said Wilson. That applies across the business.

“A brilliant idea might be brilliant in one place, but if you try and deploy it in 15 different countries with different legal environments, etc, it’s going to be vanilla by the time it gets down to the ground,” he said.

“It’s all about feeling ownership for what they do.”

When legacies are good

On insurance, as elsewhere, there are a few essential ingredients for success, according to Wilson. “Calling yourself a specialty insurer, it’s quite often difficult for people to explain exactly what that is, but it isn’t a generalist,” he said. “If you want to maintain your position as a specialist, you need three things: creativity, the ability to take risks, and for people to own the decisions they’re making.”

The first means hiring the right people to begin with, while also encouraging their development: “We don’t expect their expertise to stop at the point they come in. The world changes too fast,” he said.

The second requires a willingness to give people space to take risks, and backing new ideas. Markel’s fintech professional indemnity business line is an example. A young senior underwriter saw increasing sales to companies whose requirements differed from the legal practices, accountants, and other technology firms it was selling to. He looked at how to adapt the policy to them. “That product is probably the market-leading fintech offering in London right now,” said Wilson.

It means accepting that this approach won’t always work, however, that’s part of taking risks. “Every now and then, something will go wrong,” Wilson explained. “You’ll make a mistake where it might cost you a bit of money.”

Acceptance of failure is crucial to the final factor: encouraging people to own their successes and mistakes in order to learn from both. “It’s all about feeling ownership for what they do, and that doesn’t matter if you’re running a country, a product line, or an important part of a process within the organisation,” said Wilson. “Everybody has the right to create, to take risks, to feel ownership of what they do, and take pride in it.”

If they do, then legacies can be a positive thing, he said. “If you encourage people to build a lasting legacy within the building, that is a real form of entrepreneurialism that people can take to heart. In 10 or 20 years’ time, people can turn around and say: ‘I did that’. That’s the best conversation we can have, and that’s the kind of culture we try to maintain at Markel.”