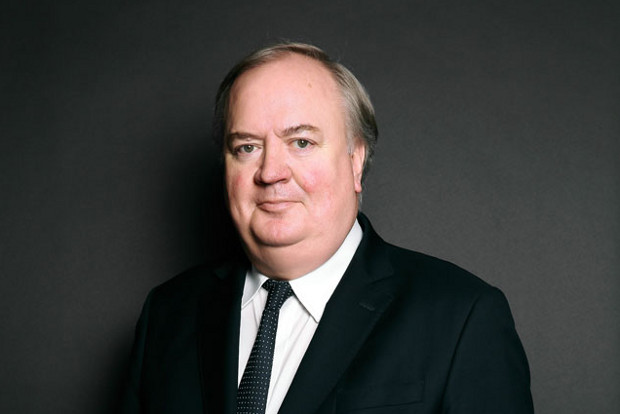 A recovering investment environment, combined with its solid global position and capital position, makes for an optimistic outlook for SCOR, as CEO Denis Kessler explains to Intelligent Insurer.

"Many companies are forced to undergo massive restructuring and fundamental changes because their business model is not suited nor adaptable to market conditions or the way a particular sector has changed. Many years ago, SCOR went through the same thing.

“Right now, we are in very different place. Our business model is robust and well adapted to the environment we are operating in. So why change things? If we had decided we were not suited to this environment, we would have factored it in our business plan. But we are well diversified and well positioned for a transition in interest rate levels we believe will occur. No news is usually good news in reinsurance.”

Those are the words of Denis Kessler, the chairman and chief executive officer of the reinsurer SCOR. On September 4, he unveiled details of the group’s new strategic plan at a presentation to investors. This strategy follows its Strong Momentum plan, which covers the period 2010–2013, and which was updated in September 2011 following the acquisition of Transamerica Re’s mortality portfolio.

SCOR’s previous plans identified four cornerstones of its business model—a strong franchise, a controlled risk appetite, high diversification and a robust capital shield—and specific business targets which included the optimisation of the group’s risk profile, a very strong level of security and a profitability of 1,000 basis points above the risk-free rate over the cycle.

The most recent plan, which takes the firm to 2016, was eagerly anticipated. It came just three months after the company bought the US life business of Generali. But in industries such as reinsurance, surprises are rarely welcome. And one thing Kessler has always been good at, especially given SCOR’s turbulent history, has been keeping shareholders well informed and avoiding giving them any nasty surprises. As Kessler puts it: “No news is good news!”

Why change is a good thing

The plan, called Optimal Dynamics, is therefore the continuation of the same strategy. The four strategic pillars of the business remain unchanged, as does its target for achieving profitability of 1,000 basis points above the risk-free rate over the cycle. It will grow, but steadily. It doesn’t plan any acquisitions, which would anyway remain very opportunistic and within very strict pre-set criteria.

This, however, is exactly what investors will want to see SCOR doing. Few will have easily forgotten the mess the company got itself into some 11 years ago, which Kessler was brought in to fix. At one stage, during the 2003 Monte Carlo Rendez-Vous in fact, it had been downgraded to BBB- and was teetering precariously close to the brink of collapse. Cedants had lost faith in the company, its shareholders were deserting it and the demise of what had been one of the strongest players in the industry looked like a real possibility.

Yet Kessler did turn it around and the company now looks remarkably well positioned. It is the fifth largest player by premiums written, and with a presence in 140 countries and more than 35 offices, it is perhaps the one of the best positioned to deliver solid growth well into the future.

This, in fact, is what Kessler focuses on most when speaking about the new strategic plan. He believes there are several very good reasons why the company is very well positioned right now, and he goes through them in great detail.

Light in the tunnel

First, he focuses on the asset side of the balance sheet. The persistent low interest environment across most of the world’s developed economies has caused well documented problems for the re/insurance industry.

Kessler expresses bemusement about the lengths to which some central banks have gone to ensure such a regime, without consideration of the consequences for certain industries. He believes insurers and reinsurers have been the “collateral victims” of the ongoing misguided monetary policies around the world.

He believes, however, that this environment will soon end and he has positioned SCOR so that it can take full advantage of the change as it happens. He believes the extent to which insurers and reinsurers will be able quickly to adjust and benefit from higher interest rates will be a key differentiating factor going forward.

“The primary reason for this low interest rate regime and the subsequent environment of very low yields has been the policy of quantitative easing implemented by a number of central banks in recent years,” he says. “This has been an issue for the entire industry, which has struggled to achieve healthy investment returns as a result.

“We believe that this will now start to change. It is impossible to be certain over what period, or whether rates will steadily increase or spike more rapidly. But we expect that this will start to occur now. This would be a positive for the industry as a whole but some companies will be better positioned to take advantage of it than others.”

SCOR has, he says, invested a lot of effort in understanding how it can best manage this transition from very low interest rates to more normal levels, especially when so many unknowns remain about the timeframe in which the change will occur. He also believes inflation is bound to come in many countries. “The trick will be to minimise the negatives while maximising the positives from this transition,” he says.

One of the things SCOR has done is rebalance its investment portfolio with an emphasis on shorter duration investments, something that is also reflective of the make-up of much of its liability portfolio. This will allow it quickly to realign its portfolio as interest rates improve to maximise the upside.

“Each company will be affected differently by this transition as financial market conditions improve and central banks allow interest rates to return to more normal levels,” Kessler says.

“We actually made a wrong assumption previously in that we thought interest rates would start to rise two years ago. I cannot believe central banks continued with quantitative easing for so long. But the wind is changing now and we believe we are well positioned to manage this and benefit from it through to 2016.”

He adds that the transitional period could also represent an opportunity for reinsurers in another way. “Some insurers could suffer adverse consequences as a result of this change and that could result in opportunities whereby reinsurers can help them.”

Kessler’s second area of focus—and reason for optimism—is the growth of the company’s property/casualty business. He expects this business to generate a very healthy combined ratio of 93 to 94 percent within the horizon of the new plan. This is a considered statement, however, and again one that he backs up with detail.

"Investing in ILS deals looks very attractive. But this will change. As attractive yields become available elsewhere, this money will retract to a certain extent."

First, he believes, the influx of alternative capacity, which has caused so much turbulence in specific property-catastrophe-related pockets of the industry, will stabilise and retreat slightly in line with rises in interest rates. He is convinced that the wider low yield environment is the primary driver for this money seeking alternative investments and, as this changes, so will the sentiment of these investors.

“They are in the same boat as everyone else—the monetary policy driven by central banks has created this low yield environment and they are seeing a better yield wherever they can find it. As such, investing in ILS deals looks very attractive. But this will change. As attractive yields become available elsewhere, this money will retract to a certain extent.”

This, he says, will relieve pricing pressure on property-catastrophe business and allow reinsurers to reclaim some market share. He emphasises that SCOR is neutral on the actual role of this form of capacity in the market. SCOR issues cat bonds, invests in cat bonds and acts as a transformer for other cedants, he points out.

He also notes that there is often a tendency in the industry to generalise about whether rates are hardening or softening, based on what is happening on very specific lines of business relating to peak perils.

“People will often talk of rates softening when they are actually referring only to Florida windstorm, for example,” Kessler says. “We have such a diverse and international book that is often not true for us. In fact, rates are looking very stable across most of the business—certainly that is what we saw in the July renewals.”

The bigger source of growth for SCOR’s property/casualty book will come through a simple gradual expansion of its lines with existing clients and within markets where it is already participating. He says a driver of this will be an increased sensitivity to counterparty risk among global insurers combined with the fact that, of the biggest reinsurers, many have the lowest exposure to SCOR.

“Many of the biggest insurers have expanded rapidly in recent years. As such, they increasingly want to work with reinsurers with a truly global presence and, ideally, they want to work with fewer reinsurers. On top of this, these companies are much more risk-aware when it comes to counterparty risk.