Nurturing diverse talent in Bermuda: what is working and what more needs to be done 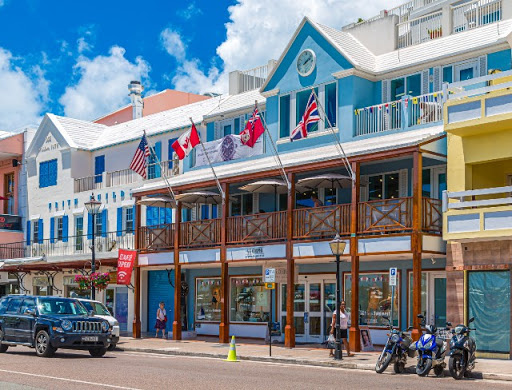 Bermuda offers a diverse talent base—but are re/insurers on the Island making the most of it? Jacqueline Muschett, head of valuations and a managing director at HSCM in its Bermuda office, gives her view.

Despite some well-publicised efforts, there is no doubt that opportunities to nurture a diverse talent base are still being missed in Bermuda. One of the key issues is that young people often have no knowledge of the opportunities that exist on the Island, so many of those who leave Bermuda for their education simply do not come back.

Jacqueline Muschett is a mixed-race native Bermudian who first encountered the re/insurance industry via two summer internships at Montpelier Re in the summers of 2004 and 2005. These experiences motivated her to return to Bermuda after her graduation in 2006 and enter the industry. Her career has progressed well since then, but she was struck by the fact that when she was in her 20s, all her friends in Bermuda were in their 30s and 40s because most of her contemporaries were abroad.

“That age group didn’t exist. Students weren’t coming back to Bermuda immediately after their studies and work permits aren’t available at that entry level,” she says. “You don’t want to have that gap between high school students and mid-level employees: we need to have those entry level people who are working towards their future on the Island.”

“Many firms have a policy saying they hire in a diverse way, but we need to make sure people are actively doing that.”

She believes that efforts to recruit young Bermudians need to begin while they are still at school in Bermuda, boosting their knowledge of the opportunities that exist in re/insurance and helping them pick the subjects they need to study to access these.

“From the results of many of our high schools it’s clear that there are some very talented young students out there,” Muschett says. “It’s important for the re/insurance industry to be committed to them from an early stage. Unless we are, these students are not necessarily going to be taking the relevant courses—actuarial science, economics, statistics, risk management, accounting—that would be able to translate to coming back to Bermuda.

“We also need to make sure we provide them with the right experiences, either through work shadowing or scholarships, that might be tied to an internship or future employment when they return.

“We want to make sure that from an early stage they know what their prospects are in Bermuda, they are working towards those jobs, and when they graduate, they come back.”

While there are some outwardly commendable efforts being made to recruit a diverse range of young graduates, Muschett notes that there is sometimes a gap between what companies say and what they do.

“It’s important for companies to walk the talk,” she says. “Many firms have a policy saying they hire in a diverse way, but we need to make sure people are actively doing that. A lot of people have biases they do not even notice—they will hire people who remind them of themselves because they want to hang out with somebody they are friendly with.

“We need to recognise those biases and practise inclusive leadership to foster that outcome of diversity.”
A related issue is that even companies that make strong efforts to recruit from a diverse talent base can be poor at helping those recruits progress up the career ladder.

“It’s not enough to hire diversely at entry level,” says Muschett. “It doesn’t work if you hire all these diverse candidates then put a ceiling on their prospects for growth at the company.

“If we are not going to encourage them, train and support them to further their careers, what is the point? Too many times these efforts are only made at very junior levels.”

Muschett believes companies need to identify the biases that are stopping these recruits from progressing and commit to supporting people all the way up the career ladder.

“It’s important for the people who are the decision-makers—who right now tend to be white men—to support the diversity companies are seeking to nurture and grow,” she says, “and that industry participants do not set their people up for failure.”

Promoting diversity is not just the right thing to do; it is hugely beneficial for the companies that make these efforts. A diverse hiring pool gives a richer range of talent, experience, and ideas.

“When companies hire a homogenous set of employees it doesn’t foster the broader thinking that they would get from a more diverse workforce,” says Muschett. “Bermuda has so much local talent who could bring skill and expertise to the industry that local recruiting cannot be overlooked.

“In Bermuda, focusing efforts on retaining the nation’s top talent for the long term is important not just to further today’s businesses, but to ensure the Island is laying the foundation for generations of talent yet to come.”

Muschett is evidence of what can happen when companies have a true commitment to creating a level playing field—although she should take credit for her own hard work and determination in furthering her career. Over the years she has drawn inspiration from her grandfather, who worked hard as a mature student to gain qualifications and build a successful career, becoming the first black Chief Justice of Bermuda.

“He was an amazing role model and throughout my university years and actuarial exams and early parts of my career when he was alive, he was always the first to say: ‘Don’t let anyone stand in your way—you have your future, and you can do it’.

“Whatever obstacles I was facing I always felt, if he can do it, I can do it,” she says.

She also credits Montpelier Re with giving her the opportunities that set her on her successful career path.

“Without those opportunities, who knows where I would be. I’m very thankful to those at Montpelier who gave those internships,” she says.

She stayed with Montpelier for 12 years, until 2018 when she joined HSCM—another company with a good track record when it comes to nurturing diverse talent.

“We are a fairly well diversified organisation, especially in Bermuda,” Muschett says.

“There’s a very good balance of male versus female, and an excellent split of Bermudians and people with permits, so I think we’re doing a great job.”

She puts this success down to a strong internship programme focused on university students and high schoolers which puts a career in the industry in their sights. It is also a very effective way for HSCM to identify strong new recruits.

“Internships and work shadows are basically an extended interview, so when we’re looking for junior employees we don’t have to go out into the market and choose who might be best—we already have a pool we can select from and we know whether they are a great fit.

“Another thing we are very cognisant of is the idea of you can get experience only by having experience, so we make sure these students have something on their resumes they can point to. That means even if they are not joining us, we are helping those students in our community to be able to go out there and get more experience so that ultimately they can find jobs,” she explains.

Muschett remains aware that Bermuda still has a way to go on its journey to diversity and inclusion.

“Everyone knows there is a bit of a boys’ club in insurance and reinsurance in Bermuda. The ability to stay up late drinking and entertaining is beneficial,” she says.

“I have noticed in my career that sometimes recruitment decisions are not necessarily based on merit, they are based on those relationships.”

When Muschett joined the industry, she was a young actuarial student who was studying a lot, so it was not possible for her join in with the night-time culture; she then became a mother, which made it virtually impossible to be out drinking.

“I would like for that boys’ club culture to go away,” she says. “One good thing that came out of COVID-19 is that there is less focus on the entertaining and drinking side—and hopefully therefore some levelling of the playing field so that more of the performance will be measured by work and not necessarily how many hours are spent in the pub.

“That’s one thing I’m hoping we will learn from this: not all deals need to be done in a pub.”

How insurers can turn unconscious bias into opportunity
02-02-2021