Present in times of catastrophe 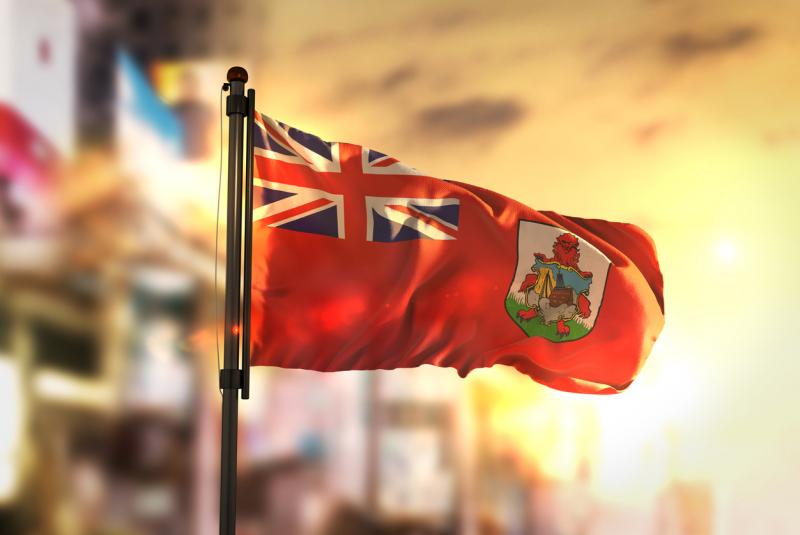 The 2017 hurricane season could be a defining moment for Bermuda. Greg Wojciechowski of the Bermuda Stock Exchange outlines why this Atlantic storm season may define Bermuda’s role in the world for years to come.

Hurricanes Harvey, Irma and Maria are the latest in a growing stream of increasingly costly mega-disasters that prove the importance of our markets in the global economy. Reinsurance and the ever-evolving insurance-linked securities (ILS) sector bring much-needed cover and relief when nature strikes, allowing governments and businesses to get back up and running and insurers to pay out claims.

These events, coupled with the devastating earthquakes in Mexico, have served as a stark reminder of the importance of insurance protection when it comes to risk management. Bermuda’s reinsurance market plays a critical role in creating a competitive landscape for the global reinsurance market while helping to speed up recovery from disasters when they strike.

These catastrophic events highlight the role that the Bermuda reinsurance market plays for global insurers and governments faced with massive resource demands when disaster strikes. The relief that will be required from these catastrophes is going to bring discussion of the protection gap right to the forefront in respect of strategic planning in the face of future catastrophic events.

As the world’s third largest property catastrophe reinsurance market (after London and New York), Bermuda has worked hard to create and enhance a commercial platform that ensures efficient timely claims processing, thereby getting much-needed resources to those in need as they undertake recovery and rebuilding.

The Island has continued to support the traditional reinsurance market, as well as establishing itself as the obvious location for the creation, listing and trading of securitised insurance related structures. Backed by years of reinsurance experience and knowledge, Bermuda is now considered a specialised centre of excellence and a global point of convergence of the insurance and capital markets.

An example of how Bermuda’s infrastructure has evolved in support of its position as the World Risk Capital, the Bermuda Stock Exchange (BSX) has played a key role in Bermuda’s success in supporting global market transactions, and currently has 211 listed ILS vehicles with a market capitalisation of more than $24 billion.

Now is a prime opportunity for jurisdictions such as Bermuda to make the case for the importance of offshore reinsurance. The Island enables other countries to transfer their risk to the global markets, and by doing so allows customers to get a better price for that risk and save governments money.

Bermuda has a history of proving its reputation as a global solution to catastrophic loss. Bermudian reinsurers paid nearly 30 percent of insured losses from 2005 hurricanes Katrina, Rita and Wilma, and provides more than 60 percent of catastrophe reinsurance in Florida and Texas, according to statistics from the Association of Bermuda Insurers and Reinsurers.

Meanwhile, recent figures from the Bermuda Monetary Authority state that Bermuda insurers and reinsurers have paid out almost $73 billion in claims to EU policyholders and claimants over the past 20 years. Bermuda is progressively becoming more significant to the EU, with $56.3 billion in claims paid by Bermuda re/insurers to EU customers between 2007 and 2016—with $29.4 billion to UK policyholders and $26.9 billion to other parts of the EU.

These statistics become increasingly relevant when you consider that hurricanes keep costing more and more. Since 1965, at least 27 hurricanes have caused damages of $1 billion or more, according to the National Oceanic and Atmospheric Administration (NOAA). Meanwhile, the cost associated with Atlantic hurricanes is expected to keep increasing, with the average losses becoming three times greater by 2100, according to research published in Environmental Research Letters.

The costs for Harvey, Irma and Maria are yet to be established, but initial estimates for economic losses for Harvey range from $65 billion to $180 billion, with some estimates as high as $190 billion—the last of which would make it the costliest disaster in US history.

Insured losses are more than $10 billion (not including National Flood Insurance Program payouts), according to AIR Worldwide.

The numbers from Irma are still coming in. Estimated losses range from $50 billion to $100 billion. AIR Worldwide estimates insured losses at between $32 billion and $50 billion. It could have been worse: with Irma’s last-minute course change, many insurers breathed a sigh of relief as the storm caused less damage than expected, but the industry and governments alike are facing growing anxiety about future losses. Hurricane Maria has caused between $40 and $85 million of insured losses, according to AIR.

However, Bermuda has a history of responding quickly and efficiently to disasters. A new class of insurance and reinsurance companies set up as a direct response to Hurricane Andrew in 1992, and met a demand for a new breed of reinsurers offshore which reduced costs through a more tax-efficient structure. At the time, Bermuda faced scepticism over the startups and cynics asked what was going to happen to these carriers after a big event. The question was: “would they survive?”. The critics were silenced and Bermuda’s market continues to grow.

The Island has built a reputation for blending new capacity, new ideas and new talent with traditional reinsurance in a way that protects the overall integrity of the reinsurance product. Bermuda has done this by making sure its infrastructure is strong and sound, and that its regulatory standards are fit for purpose. All of this is now backed up by years of reinsurance experience and knowledge.

Bermuda’s emergence as a premier offshore domicile has been decades in the making. Bermuda companies are considered mainstream and innovation is at the heart of the market. Will the ILS sector thrive in the same way? This sector is now faced with its biggest test yet, with the same questions being asked about ILS as were posed to every wave of startup in the last three decades: how will the ILS space respond to a series of major events?

Some may be quick to cast aspersions on the ILS sector’s ability to pay claims and attract new capital, but Bermuda can prove the doubters wrong once again, and use the 2017 Atlantic hurricane season as proof of the durability of these structures and the ‘sticky capital’ that supports them.

Greg Wojciechowski is president and chief executive officer of the Bermuda Stock Exchange.

This article first appeared in Bermuda:Re+ILS.