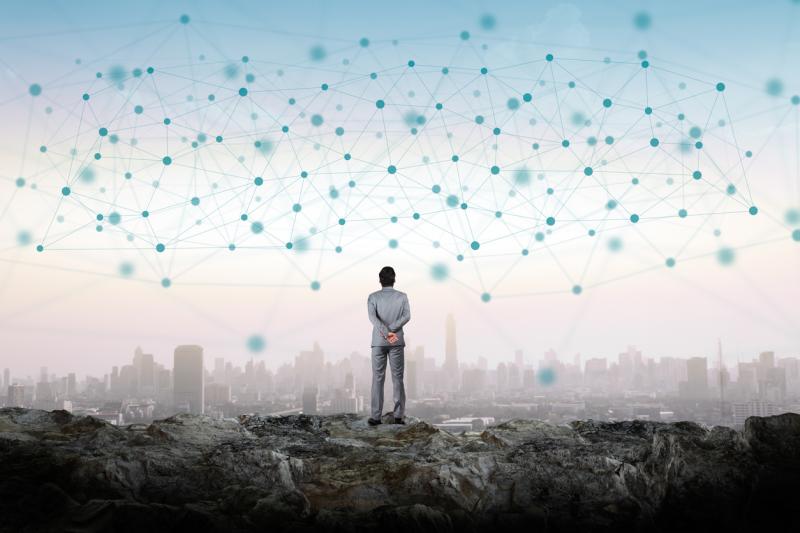 The launch of B3i’s catastrophe excess of loss reinsurance product, Cat XoL, is set to demonstrate how the power of distributed ledger technology (DLT, also known as blockchain) will transform insurance.

“The concept is to open this up for partners to use in order to accelerate the development of further products in the network.”

It’s the first product to be rolled out by the blockchain insurance startup that began its journey in October 2016 as a joint project between Aegon, Allianz, Munich Re, Swiss Re and Zurich.

“The initial B3i consortium of five set out to develop a proof of concept and test potential solutions.”
By December 2016, the group had grown to 15 members who shared the vision. Under a memorandum of understanding, the companies agreed to pool their resources to explore and seek to prove whether DLT could provide any value to the insurance industry.

Blockchain offers the opportunity to share data securely in real time. The consensus mechanism reduces the opportunity for errors or malicious changes, which means that the data is more trustworthy. This offers greater contract certainty and improves efficiency, which materially reduces costs.

“It was observed that blockchain was making inroads into banking and other industries growing out of its use in cryptocurrency,” says Marke.

“Using a distributed ledger to share data securely in a network with the added benefit of security and real-time sharing was perceived to offer valuable advantages in the insurance world.”

An operating ecosystem
In March 2018, the business incorporated as B3i Services AG, with the vision of delivering better solutions for end consumers in the insurance market. The first step was to create a platform on which a range of applications could be developed and run.

“The development of distributed applications, which by definition are shared between multiple parties across a network, requires investment in both architecture and infrastructure at such a level as to question the business and economic value of a single application,” says Marke.

“To overcome such obstacles, B3i has developed Fluidity, a distributed operating ecosystem.”

B3i Fluidity provides its customers with a DLT business network with all the services required to operate in it, a platform where distributed applications can be deployed and made available, in a permissioned fashion, to the network participants, and a development toolkit to accelerate the development of insurance applications leveraging reusable components designed by B3i.

The platform has been developed in-house by B3i’s technical team led by Markus Tradt (chief technology officer) and Alessandro Spadoni (chief architect). It represents the core of the overall technical model of B3i on which it has developed its lighthouse Cat XoL product.

“The concept is to open this up for partners to use in order to accelerate the development of further products in the network,” says Marke.

A nat cat product was the natural choice as the first product developed to run on Fluidity.

“Cat XoL was chosen as an ideal fit for a DLT prototype being a natural network involving all three key market participants: insurers (cedants), brokers, and reinsurers,” Marke explains.

“The reinsurance contract is characterised by relatively low frequency transactions that carry large financial relevance, and a process which generally involves substantial manual work and reconciliations for all parties involved.”

The product has been tested with B3i’s early mover programme, who have had access to test environments and provided feedback at regular points, and at B3i’s “hackathon” events.

B3i continues to work closely with its customers to gain ongoing feedback as part of the product development process.

Benefits
“The industry is now more aware of the technology and its potential benefits,” says Marke. “The market has turned its attention towards a better understanding of beneficial use cases and seeking out live products which can help their businesses.

“Looking ahead, we see interoperability increasing with other DLT networks such as banking, supply chain or healthcare. This will facilitate further efficiencies in business and economic trading.”

Such interoperability will not only provide the benefits of a DLT infrastructure but will also ease the flow of data from the industrial enterprise to the underwriter and reinsurer, improving the quality of risk assessment and management as well as speed of response.

“By developing standards, protocols and the infrastructure for these applications, B3i will provide the means within the network to further remove friction in risk transfer,” says Marke.

“The objective is to accelerate the range of applications for adoption in the network which in turn will grow the ecosystem. DLT and other technologies will, in time, give end consumers better and faster access to insurance.”