When the article entitled El Arte de Asegurar ("The Art of Insurance") was published in the Monday 30.05.2011 edition of Intelligent Insurer-FIDES Today, the Nationale Suisse office in Miami had scarcely been in operation two months. The closing words of the article included the following proposition: "From our office in Miami we are going to promote and constantly maintain our principal strengths: speed, technical know-how, a commitment to service and flexibility". 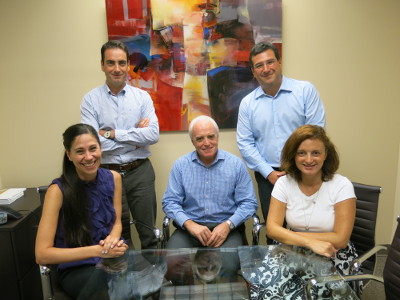 We believe we have fulfilled that promise and we are pleased with how far we have come in this time, Ricardo García told us. Establishing and maintaining an operation so far from our parent company in Basel, Switzerland, and without losing the distinctive character of the Nationale Suisse Group, was no easy task. Yet as in every undertaking, success or failure depends on the people who embark on the adventure, and on this point we can only say that Lady Luck smiled down on us. The first thing to be done was to set up the company both legally and physically. With the help of Laima Donate, our office manager, and after several months of hard work, the operation was good to go on 1 April, Ricardo García continued.

Before starting with Nationale Suisse Latin America I had had very little to do with the insurance world, as my professional experience was based more on banking. When I arrived, it was all new, I had to be open to new experiences, new people: a completely new world. Little by little, we were able to create from scratch what is now Nationale Suisse Latin America, Laima told us.

A few days after the operation was set up, Santiago Jaramillo joined and the adventure in the Latin American and Caribbean markets set sail.