Supply shocks to hit LatAm in coming years: Patria Re 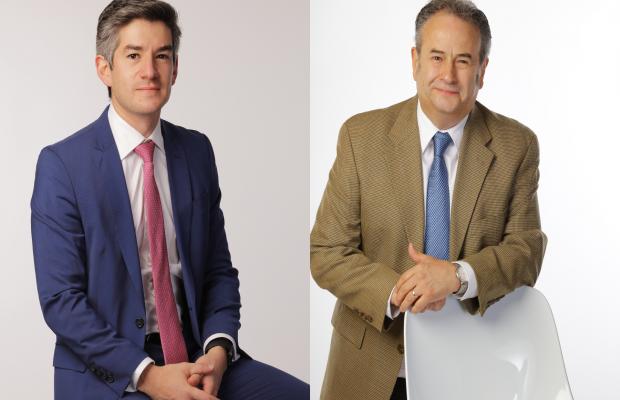 By 2026, the Latin American re/insurance market will be more competitive than it is now and, while demand is not expected to grow dramatically, the industry will suffer supply shocks, according to Francisco Martinez, chief executive officer of Patria Re.

Speaking in an interview with Intelligent Insurer, he said: “We’re used to having enough capacity, so every time we want to place or buy a large catastrophe programme for the last 10 to 15 years we have been able to find enough capacity.

“Shortfalls are not common in the region but they will be, as markets outside Latin America are hardening quite quickly and there is not much capacity coming into the global market. That will certainly affect Latin America in the near future.”

For Martinez, underwriting discipline and preparing for these kind of events in the future are key.

“Markets outside Latin America are hardening quite quickly and there is not much capacity coming into the global market.” Francisco Martinez, Patria Re

He explained that a similar event has already happened in Puerto Rico. With rates increasing dramatically on the reinsurance side, “some insurance companies struggled to reflect that increase on their clients”, he said.
Eduardo Betancourt, Patria Re’s chief underwriting officer, believes the future holds the development of more strategic partnerships of brokers, ceding companies and reinsurers with insurtechs to find solutions that cedant companies require, with these partnerships “coming from out of the blue, not from our own sector”.

“This kind of relationship will be crucial to keep on being a preferred reinsurer in the panel of the companies. It’s a big differentiator among reinsurers, having this kind of partnership and offering new solutions with new technologies, supported by the insurtechs developing them.”

“The future holds the development of more strategic partnerships of brokers, ceding companies and reinsurers with insurtechs.” Eduardo Betancourt, Patria Re

Coming back to the present, Martinez noted that insurance penetration in Latin America, on average, has been far below the OECD average.

“There is the eternal hope that penetration will increase, therefore increasing the demand for reinsurance products. But I don’t think as much has been realised as we would have expected,” he said.

The supply of capacity into Latin America also seems to have been dampened, with Lloyd’s cutting back on capacity that was being offered on facultative side and some carriers in the Miami market reducing in territories such as Chile and parts of the Caribbean.

“Focusing on the Miami market—which has become the hub for Latin America—you will probably see that there are fewer capacity providers than there were two or three years ago. On that front, it would seem that the opportunity is viewed as less of an opportunity than it was in the past. Many players are establishing more as managing general agents than as capacity providers,” said Martinez.

Betancourt added: “In the past, some reinsurers looked at Latin America expecting that penetration of their sector would increase, but it hasn’t happened. Most of our countries need to solve primary problems before the growth of the re/insurance sector.”

And, he added, cedants are looking for new opportunities to diversify their own reinsurance panels so they listen carefully to the new players that come in. This, in turn, pressures existing re/insurers to maintain the quality of services already provided.

“We try to be very close to our customers, being part of their panels in the different treaties of the programmes,” he explained.

This includes knowing the strategies of each client and proposing solutions you’ve developed in other territories with similar companies.

Despite smaller than promised growth and market challenges, Patria Re (which turns 70 next year) remains focused on the region.

“There might not be the growth we would hope to see but, given our knowledge of the territory, we are able to find opportunities and support our existing clients,” said Martinez.

The re/insurer aims to become a one-stop shop for clients. According to Martinez, Patria Re is missing only cyber from its portfolio but this should be offered in the near future.

“We would be unwise not to look outside Latin America,” said Martinez, adding that Patria Re started a syndicate which was put into run-off two years ago and its team of four underwriters based in London has driven expansion.

“Since there’s not a massive growth in the area, we have to look to other geographic areas to keep growing ourselves,” said Betancourt.

As part of this plan, Patria Re is opening a corporate solutions division that allows “capacity to flow into Latin America territories and open the doors for new products and to partner with other capital providers not currently participating in the region”, said Martinez.

A US-based reinsurer will open doors to capital based in the US, allowing Patria Re to streamline that capital into Latin America to increase the growth of capacity.

The carrier should be up and running by end of this year, although it will not be rated by that time.
Summing up the Patria Re strategy, Martinez said: “Overall, we will remain focused in Latin America, but the fastest pace of growth will come from outside.”

Francisco Martinez is the chief executive officer of Patria Re. He can be contacted at: fmartinez@patriare.com.mx

Eduardo Betancourt is the chief underwriting officer of Patria Re. He can be contacted at: ebetancourt@patriare.com.mx