The diverging pandemic fortunes of primary and reinsurance 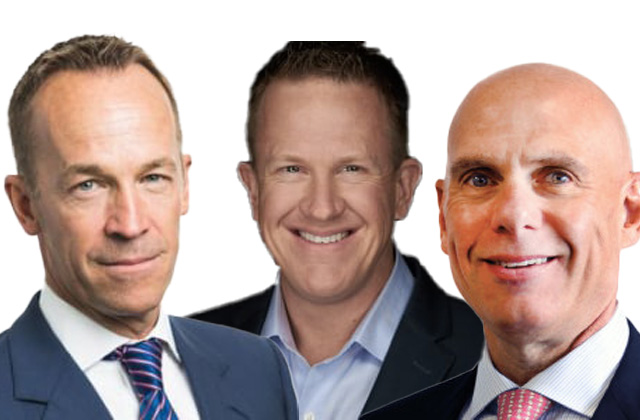 Executives are talking of a market with clear signs of hardening, but there is a notable reluctance to fully call this a ‘hard’ market as traditionally defined.

With the dust beginning to settle from the pandemic, it’s clear that there has been a reaction in re/insurance pricing and terms and conditions in new contracts.

Executives are talking of a market with clear signs of hardening, but there is a notable reluctance to fully call this a “hard” market as traditionally defined, despite the economic disruption and a spate of hefty claims in the last year.

In a panel chaired by Tom Anderson, director of sales US at Advantage Go, at the Re/insurance Lounge, Intelligent Insurer’s online, on-demand platform for interviews and panel discussions with industry leaders, David Govrin, SiriusPoint’s global chief underwriting and president of Americas reinsurance, and James Few, chief executive officer UK and international at TigerRisk Partners, discussed how reinsurance pricing after the pandemic is taking a different direction from that of the primary markets.

Govrin has a wealth of experience in re/insurance markets and has ridden the ups and downs of the risk pricing wave more than once.

However, despite the broader narrative that prices across the industry have reacted to the upside, given the scale of the disruption and losses it suffered over the last 18 months, Govrin argues that the changing dynamics of the industry have split the impact on reinsurance and primary carriers.

Previously, the market’s natural contraction of capacity after sustained losses would have a natural flow-through effect on pricing. But given the sheer volume of capital that still pours into the industry as a whole, Govrin says the change means primary markets don’t correlate with reinsurance in the same way as in the past.

“The insurance industry is now so awash in capital that many insurance companies are not overly reliant on reinsurance.”

What that means, he added, is that given that capital providers remain attracted to the reinsurance sector, and that the barriers to entry on the primary side are so much more prohibitive, pricing remains flat even with a hefty loss burden to bear.

“How reinsurance behaves doesn’t necessarily impact the insurer’s behaviour. So I think what we have seen now is a very significant movement in primary insurance pricing, although a lot of that benefit is not necessarily being passed on to reinsurers,” he explained.

“The reinsurance market is just too competitive.”

Few agreed that the barriers to entry on the primary side and the associated difficulty with setting up an operation had led to a divergence in pricing dynamics with the reinsurance markets.

“On the primary side, there’s a slightly higher barrier to entry in order to establish a successful primary business, which reinsurance doesn’t have,” he said.

“The primary side does—for regulatory reasons or claims handling, or the need to issue policies, or the complexity of different countries that you may be trying to operate within.

“It can get more complex on the primary side.”

Few added that while many had predicted that the changes over the last 12 months would almost certainly prompt the onset of a hard market, the attraction of the market to investors remained undimmed.

The abundant capital on offer, as well as the consistent ability of stakeholders within the industry to bring in new deals and providers, is a major factor behind the differing reactions of primary and reinsurance, he said.

“This industry is very good at handling difficult situations, the brokers are very good at finding new sources of capital. The industry itself is a diversifier away from the traditional asset classes, which tend to correlate in the investment markets, and for whatever reason, capital finds insurance interesting,” he explained.

“There’s a correction going on versus a hardening market.” Tom Anderson, Advantage Go

Anderson echoed Govrin and Few’s sentiments that the current changes in the market were of a more corrective nature, rather than reflecting any significant hardening over a longer period of time.

“I love that term ‘correction’. If you look at whether there is risk commensurate with the price, I think there’s a correction going on versus a hardening market,” he concluded.