‘They’re going to fall from grace’: the hype and reality of insurtech 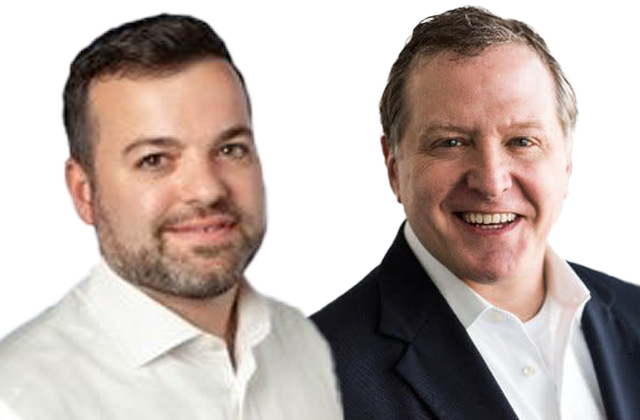 Insurtech is here to stay, but what comes next? Eos Venture Partners discuss the issue.

Founded in 2016, Eos Venture Partners, a strategic venture capital fund, is focused exclusively on insurtech. According to founding partner Jonathan Kalman and new general partner Zach Powell, its launch coincided with a “sea change” in the industry, with the growing recognition among insurers and reinsurers that technology was going to move to the forefront of their businesses.

Before that, there was little venture capital—as opposed to private equity—interest in the industry, according to Kalman. The distinction is an important one.

“We fund losses,” he explained during the duo’s talk in the Re/insurance Lounge, Intelligent Insurer’s digital hub for interviews, debates and panel discussions.

“We’re funding the idea of a company to get it to a stage of maturity where it can start driving EBITDA and be cashflow positive, so we’re very early when we come into deals.”

In this respect, insurtech and investment in it, are still very new. “They been here for five years in the 300-year history of insurance,” Kalman pointed out. And indeed he added, the interest in insurtech has a long way to run.

“We’re at the early stages of what will be a sustained effort over decades.”

Powell agrees. He joined Eos in August from specialty lines re/insurer Axis Capital, where he was managing director of Axis Digital Ventures, its insurtech partnership unit.

“It’s still very nascent in the market,” he said. “In the grand scheme of the global insurance sector of $5 trillion-plus, the amount of money invested annually into insurtech today is very, very small. We’re at the beginning of a huge runway.”

From focusing simply on automating transactions and the policy and administration systems at the start of the insurtech journey, the technology has spread to every part of the insurance business.

“Tech has become ubiquitous,” said Kalman. “It will transform the industry. It’s not going to blow it up in the way all the hype about disintermediation suggested, but it will reinvent the industry. And that’s a good thing. It’s going to make it more effective, efficient and ubiquitous.”

But although for some the journey is just beginning, for others at least part of it looks as if it’s coming to an end.

“We want to invest in things that have either a proprietary data asset or very deep tech.” Jonathan Kalman, Eos Venture Partners

On one hand, there is no shortage of good ideas. Eos’s investments include Player’s Health, a risk management firm specialising in amateur sports organisations; Elpha Secure, which supplies small and medium-sized enterprise with cyber insurance and cybersecurity software that mitigates the risk; and Concirrus, which offers real-time behavioural insights software for commercial marine and motor insurers.

“We want to invest in things that have either a proprietary data asset or very deep tech,” said Kalman.

On the other h and, while there’s no shortage of ideas, there are not so many great leaders—which is the essential ingredient, according to the Eos partners.

“A lot of really great ideas have gone by the wayside, but a lot of okay ideas have become very successful because of great founders,” said Powell.

There are also many good ideas that don’t have sufficient potential for growth to support venture capital.

“The majority of things we see don’t have a big enough impact in the market,” said Kalman. “They could be only local in scope, for a particular market or to solve a particular pain point. Those aren’t businesses that would meet our criteria for funding,” he explained.

Moreover, valuations are “getting steep”, according to Powell. “The market feels a little frothy,” he said.

While he’s reluctant to say insurtech itself is a bubble, pricing is high given its scope for development. And that’s as true for the startups as it is the $1 billion unicorns that have gone public.

“While there’s no shortage of ideas, there are not so many great leaders.” Zach Powell, Eos Venture Partners

“When you look at pricing, it is hot,” said Kalman. “It needs to come down; it’s not correlated right. At Eos, it’s part of our mantra that EBITDA is not a four-letter word. It is a very important concept. Many of these publicly traded unicorns have forgotten the concept of profitability.”

That won’t last, he predicted, but that doesn’t mean the end. Those that have cash and cheaper access to capital from being public also have time. “They have cash, and they have shares that they can use to grow and build their franchise. If they do it right and strategically, it can be an advantage,” said Kalman.

Even in failure, there’s a benefit to the industry, as Kalman notes. Capital flowing into insurtech is, fundamentally, a good thing.

“It’s creating a generation of entrepreneurs and people who are 100 percent digital. The insurance industry needs that because those are the people who, when their businesses are either sold or don’t succeed, will join an insurance carrier, reinsurer or broker and bring a digital native DNA to the organisation,” he said.

For many, however, the future remains uncertain—for now.

“Many of the current class of unicorns are hyped, and they’re going to fall from grace. But whether they get extinguished and acquired, or whether they are smart, husband their resources and use that effectively to grow—that story remains to be written.”