Adapting to a changing world through public-private enterprises 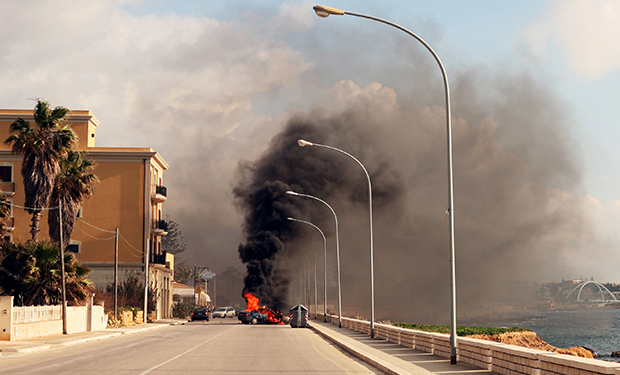 Public-private enterprises must adapt—and terrorism pools are illustrating just how efficiently this can be done as they too adjust to the demands of a modern and rapidly changing world, says Emma Karhan of Aon Benfield.

As the world economy struggles to produce consistently strong growth, and with rising pressure on governments to increase public spending on welfare and services, there has never been a more important time for the re/insurance industry to step forward and provide solutions to alleviate the costs of the insurance protection gap within the global economy.

Historically, public-private enterprises (PPEs) have been effective and simple vehicles to provide this solution; however, with the changing nature of the industry (such as the supply and demand gap of insurance), as well as structural changes within the economies, the influence of the internet of things (IoT), and an increasing valuation based on non-tangible assets, PPEs need to adapt, change and look to provide new types of solutions for new areas of insurable risk to assist in moving the costs of the protection gap to the private sector. It should be noted that there is huge potential for PPEs to learn from each other.

Terrorism reinsurance pools have been setting an example of how PPEs should look to the future, adapting to maintain their effectiveness in a changing environment. These pools are not only looking at the catastrophic risk, but also at new type of coverages that are evolving from a changing peril while the private sector ‘catches up’.

The shock to change

Following the creation of UK terrorism pool Pool Re in 1993, terrorism pools continued to grow after the events of 9/11 2001, where we saw what was probably the largest ever shock loss—it not only inflicted massive direct losses on the industry, but also had an indirect impact wider into the US and global economy.

In the weeks and months following 9/11, some 8,000 small businesses were either discontinued or dislocated, financial market losses were approximately 0.25 percent of GDP and 17,000 jobs were lost. It is estimated that over the next 12 months there was a $2.5 billion gap in the New York City tax revenue collection.

These losses drove the coverages of terrorism pools, with all terrorism pools primarily covering property damage and resultant business interruption, protecting economies against another World Trade Center-type event. However, as we have experienced in the past 17 years, the attacks/events from terrorism have become more frequent and of a smaller quantum. They have also moved from targeting physical damage, to inflicting casualties.

Coupled with this change in the perils, characteristics of the types of impacted insurable risks have changed. In 2001, the IoT was a distant discussion. There were no smartphones, and no connectivity within the economy—not as we know it now.

Intangible assets now drive the global economy. Our lives are on line. Almost everything we do is ‘connected’. This poses a completely different set of risks, and these risks are subject to a cyber threat of loss—accidental or intentional. With that there is increasing concern over the use of our connected economy to inflict a cyber-related terrorism attack.

The other element that has come more exposed is the use of chemicals in attacks. With increasing instability around the world, particularly in developing economies, the security around deadly chemicals is not as assured.

Terrorism pools have recognised these changes in the nature of the peril and its impacts on applicable insured risks, and have adapted to continue to try to close the protection gap in this regard: GAREAT extended coverage to ‘small risks’, Pool Re has recently introduced cyber terrorism to its coverage, and in 2019 it will be introducing a non-damage business interruption coverage resulting from terrorism.

ARPC has introduced pandemic coverages resulting from terrorism into its product offering, and discussion continues as to what else might be needed.

The terrorism pools also recognised early in their evolution for the most vulnerable parts of the economy to be protected. For that reason they ensured participation in the pool and thus the provision of coverage was largely compulsory/mandatory—albeit, for some, by indirect mechanisms such as is necessary for mortgages. This has assisted in tackling insurance penetration for a coverage that has not had a spectacular or directly attributable impact on an economy since 9/11, and so breeds some degree of inertia among insureds.

Now that the larger enterprises and the big corporates are protected, the pools are turning to the next most vulnerable sector of the economy—small and medium sized enterprises—which often are impacted indirectly through denial of access and loss of attraction, but never suffer a physical loss. Now that a lot of business is conducted online, there is an increasingly important sector that also would never suffer a physical loss, but could suffer an indirect loss from a terrorism or other catastrophic/insured loss.

This is where PPEs have the opportunity to play an important role—even those geared towards providing coverage against natural hazards. PPEs need to look to the evolution of the terror pools as an example, and re-examine their own relationships and consequent effectiveness in covering the protection gaps in the areas in which they are involved.

One example is the increase in brush fires in North America and Europe as a peril of higher frequency and severity as well as the low penetration or take-up rates they have. This is also a clear example of underinsurance, where coverage is available as provided by the private market and PPEs, but there is inertia in demand among insureds.

Should they be changing their models to improve penetration—implementing mechanisms so that certain coverages, such as brush fire and earthquake, become mandatory? Based on modelling output, we know there is a likelihood of a repeat of the 1994 Northridge earthquake in California, but the California Earthquake Authority (CEA) has a take-up rate of only approximately 11 percent among households.

Lines of business that tackle new ‘insurable risks’ are a challenge for any insurance market. Coverage providers are working with very little data, so pricing the risk adequately for long-term affordability becomes very difficult and risky, and could lead to a significant systemic loss—as we have seen in the past. However PPEs could consider taking on the role of an ‘incubator’ for new coverages of new risks that are emerging from our intangible asset-based economies, passing the risk back to the private sector in its entirety once there is a more complete understanding of the exposures and the lines are established.

Within this role there is also perhaps a different type of solution to help with the protection gap and de-risking the event. Part of any insured loss is the extraordinary burdens on emergency and medical services, as well as the clean-up costs, and the ongoing social benefit costs when jobs are lost, people lose their houses, and so on.

Following this year’s nerve agent poisonings in Salisbury, UK, which were not classified as terrorism, but had indirect costs on the local community as the town was cordoned off for weeks, the UK government made £20 million ($25.7 million) available to the local economy in extraordinary measures. This is without including the costs of emergency services and clean-up/decontamination, or even considering the opportunity cost of where that £20 million could have otherwise been deployed within the government budget.

Would a parametric solution have worked, where PPEs provide a payout based on an event—regardless of the loss to the ‘covered risk’, thereby relieving the government of the burden of the cost of making up for losses in uninsured events?

Lastly, there is the issue of relevance, which doesn’t apply just to PPEs, but to the industry as a whole. As we see after every disaster, there is a role for philanthropy that sits beside the government. Increasingly, we see at various levels of society appeals for help for people negatively impacted by disaster—natural or otherwise—particularly where there is non-insurance or underinsurance.

Philanthropy is becoming increasing socialised into post-event funding options. Without the industry addressing the evolving protection gaps, either via the PPEs or directly, as well as PPEs looking to each other for guidance to bring success and drive change to fill the protection gap, insurance could in the future find itself irrelevant—after all, if the government will step in or a charity will help out, why would entities or individuals be compelled to buy an insurance policy? All this is without even considering that governments do not have infinitely deep pockets.

Emma Karhan is head of terrorism speciality & reinsurer relationships at Aon Benfield. She can be contacted at: emma.karhan@aonbenfield.com