Why hard markets are a relic of the past 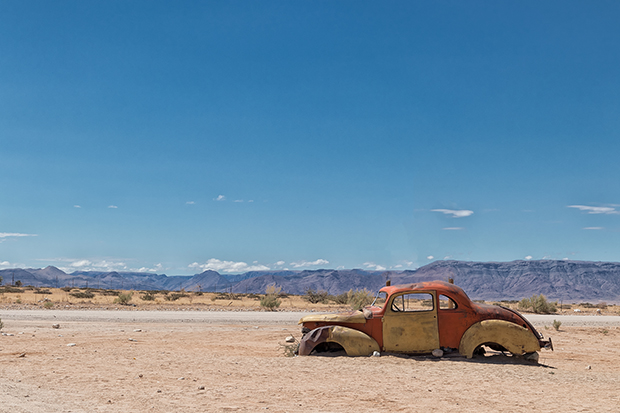 There is no point bemoaning the lack of a truly hard market, for the reality could be that the industry’s cycle has flattened out for the long term, says Gerry Tighe at Matrix Insurance & Reinsurance Brokers.

I am often asked: will we ever see a return to a truly hard global cat reinsurance market?

I believe the answer is that it is extremely unlikely. Why would I say this? You have to go back in time to the series of losses in the early 1990s and how they completely transformed the market.

The retrocession, or London Market excess of loss (LMX) spiral, was a market phenomenon that developed during the 1970s and 1980s. It was built upon reinsurers reinsuring the same risks among themselves and was especially centred in the London Market.

In those days keeping aggregate accumulations was not de rigueur and nobody used cat models. It was a Ponzi scheme that created a false capacity and was bound to collapse, and it did just that.

The hardest market I have ever experienced was post Hurricane Andrew, a category 5 Atlantic hurricane, that struck the Bahamas, Florida, and Louisiana in mid-to-late August 1992. This storm caused an estimated $17 billion in total insured losses—not so much in comparison to today.

This loss followed hot on the heels of the 1990 (A,D,G) European storms, and 1991 Typhoon Mireille in Japan, and was rapidly followed by the 1994 Northridge Earthquake in California.

It collapsed the LMX spiral and we entered a new paradigm. Eight new Bermuda-based specialist catastrophe reinsurers, backed by the cap0ital markets, set up shop to take advantage of the void in property catastrophe capacity.

RenaissanceRe, PartnerRe, IPC Re, Tempest Re, Mid-Ocean, Global Capital Re, Cat Limited and LaSalle Re were the class of 1992/93. The capacity they injected was still not enough to fully satisfy demand, resulting in panic-buying by clients desperate to complete their programmes, and rate increases of 100 to 500 percent. 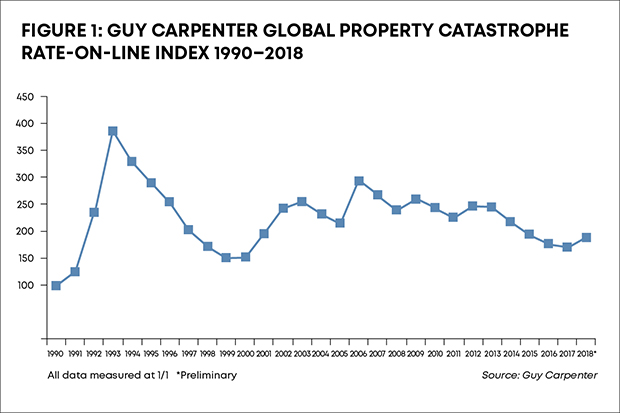 There have been hard(ish) markets since then, post 9/11 and post hurricanes Katrina and Rita, but each time the hardening of the market has been less severe than that seen post Andrew due to new reinsurer entries and in-flow of capital from the markets (Figure 1).

Even though the insured losses of the Japanese earthquake and tsunami Tōhoku (2011) and superstorm Sandy (2012) both produced losses that were significantly larger than Andrew, neither had had any great effect on catastrophe rates. Last year the record cat losses of $144 billion produced only a small uptick in pricing.

Why is this? In my view there are two reasons. First is the economic law of supply and demand. The reinsurance market is now pretty much entirely supported directly from the capital markets which are awash with capital from investors looking to make a decent return. This has ensured that there is ample capacity to cover the demand of reinsurance buyers.

Capital goes where profits flow and the markets will support the best most profitable business models, while the weaker will be bought or go into orderly run-off.

The second factor is the discipline of the reinsurance market. Although the first cat model appeared in 1987 it is only in the two decades since Andrew that cat modelling has become a necessary and permanent part of the underwriting process. This, combined with more robust solvency regimes such as Solvency II, means we should never see a collapse of the markets like we did in the 1990s.

Could this happen? It is possible, but I have trouble envisaging a scenario where we would see rate increases of more than a few percentage points, as instantly post-loss new capital will flow into the market to take advantage of even a moderate upward adjustment of rates.

The general consensus is that there would have to be in the range of $200 to $300 billion of cat losses in a single year to have any serious impact. Of course, you can never really predict the future, but those hoping for a truly hard global market are likely to be disappointed.

On a positive note, we should also never see a return to the obvious under-pricing of the late 1980s early 1990s.

Gerry Tighe is head of treaty at Matrix Insurance & Reinsurance Brokers. He can be contacted at: gerry.tighe@matrix-brokers.com