Amazon the inspiration for future customer relationships in insurance 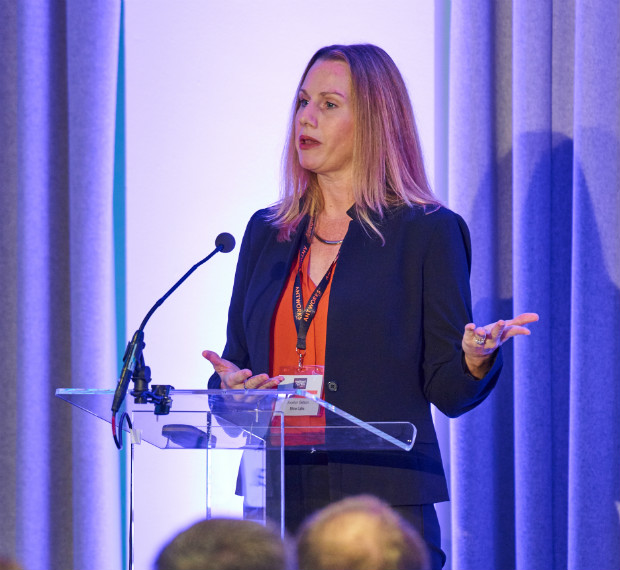 Insurers should look to Amazon’s relationship with its customers for inspiration about how they should interact with their customers, according to Jocelyn Getson, head of SMB strategy and innovation at Slice.

Just as Amazon users have a high level of trust in the recommendations it makes, insurance companies can win the trust of their customers by making accurate and useful recommendations, based on analysis of customer data, she said.

Getson was speaking at Intelligent InsurTECH Europe 2019 in London on October 14, in a session called ‘Launch Flexible, On-Demand Insurance For The Gig Economy’.

She said: “Just as people are happy to hand over their DNA to genealogy websites, customers are happy for insurance companies to analyse their data as long as they get something useful back in return.”

Where employees of large corporations have traditionally not had to think much about insurance in the context of their professional lives, the increasing number of freelancers constituting the gig economy is forcing individuals to think about insurance in ways they never have before.

This is in turn forcing insurers to re-examine how they provide insurance to businesses.

“Insurers are increasingly thinking about things in terms of lifestyles. We should be insuring the person, not the product,” said Getson.

This means increasingly integrating insurance into other products, rather than making it a separate transaction. When a person is setting up a new account or buying a ticket, insurance coverage should be built in, with customers given the ability to turn it on or off easily, Gertson said. If an Uber driver picks someone up, the insurance coverage should update to reflect that automatically, she explained.

Getson added: “Companies such as Spotify and Netflix are complex businesses—probably more complicated than insurance. But the user experience is very simple. That is how insurance should be.”

The gig economy is a growing proportion of the employment market that includes freelancers as well as businesses built around asset-sharing, such as Uber and Airbnb. According to Getson, 41 million Americans are either currently employed within the gig economy, or have been in the past—around 48 percent of all American workers.

Gig economy workers can be there for many reasons, including to supplement their incomes, increase their working autonomy or increase their flexibility—either in terms of when and how they work, or in terms of allowing them to branch into new areas they might not otherwise have the opportunity to try.

“The gig economy is not a niche part of the market, it is mainstream,” said Getson.