Best of both worlds: Sordoni on UnipolRe’s unique position as industry heads for choppy renewals 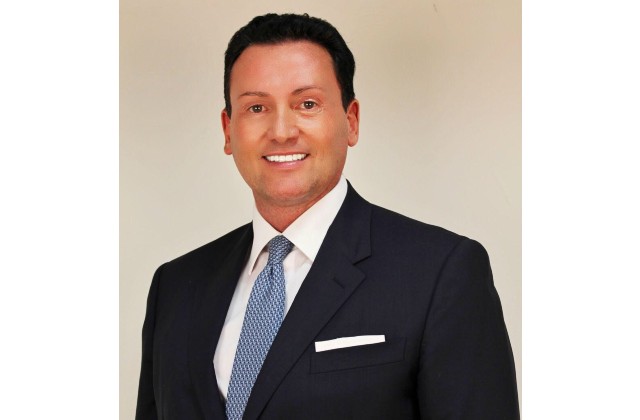 As the re/insurance industry moves into its annual renewals negotiation against a backdrop of unprecedented disruption due to COVID-19 and the first hard market in almost 20 years, a question mark is emerging over whether some companies have the experience in their talent pool to handle the challenges ahead.

“UnipolRe was created by buyers for buyers, and we did many things differently on that basis.”

Even an underwriter or broker with a decade of experience in the market will never have had to negotiate severe rate hikes on programmes or have faced the possibility of being unable to place certain layers of programmes at all.

But other executives are uniquely positioned to navigate these choppy waters, not only because of the length of their careers but because of their breadth of experience.

One of these is Marco Sordoni. As both the chief executive of Dublin-based reinsurer Unipol Re and the head of reinsurance for UnipolSai, supervising the buying of reinsurance for all of the Unipol Group in Italy, Sordoni is in the unique position of seeing both sides of the equation as his respective companies enter negotiations.

Sordoni had worked in the reinsurance industry for almost 20 years before he joined Unipol Group in 2013. Once there, he took responsibility for its reinsurance programme, making radical changes to its structure and cutting the number of counterparties it worked with in the process.

In fact, he slashed the number of reinsurers from 51 initially to just 15. That has now increased again to 18 but on a programme that is one of the biggest in Europe and places some €1.9 billion of capacity, all its partners are big players with deep pockets and with which it has very close relationships.

Then in 2014, UnipolRe, a reinsurer based in Dublin, was launched with €500 million of dedicated capital. The venture offered welcome diversity for Unipol Group and gave it a foothold in the international markets. But, as a buyer first and foremost, the reinsurer was formed around the principles of what Sordoni felt buyers really wanted.

Good foundations
Speaking during a Fireside Chat interview in Intelligent Insurer’s Re/insurance Lounge, to be broadcast on September 17 at 2pm BST but also available on demand from that date, Sordoni described the formation of UnipolRe as his greatest achievement, along with restructuring Unipol Group’s reinsurance programme.

In market conditions such as these, he feels, the philosophy on which the venture was founded will stand it in good stead.

“UnipolRe was created by buyers for buyers, and we did many things differently on that basis,” he says.

“The reasons behind the formation were around Unipol Group’s wish to diversify, and reinsurance is an exceptional diversifier for insurers, but we also set the company up on the basis it would offer clients a different approach.”

He says one of the biggest differences is that it wants to work closely with clients on an advisory basis and offer technical solutions that work for them in the long term.

The company also has the advantage of deep knowledge in certain areas and lines of business because of the expertise of its parent.

“The reinsurance industry is becoming more technical and is increasingly basing decisions on data and analytics and a very transparent approach. That works well for UnipolRe,” Sordoni says.

“I have been especially pleased to see our growth in recent years coming from securing greater shares on lines with existing clients, which proves that we are adding value and they trust us and are willing to share more with us.”

His dual role helps on both sides of the equation, he notes.

“I consider it a great benefit for me because I am in a position where I constantly reassess my vision based on two opposite sides as a buyer and seller.

“You are forced to reassess things on a regular basis and it does give you more empathy. It is always a good thing to put your feet in the basket of the other party on any negotiation.”

Because of the relationship-based way he works, Sordoni does not expect big swings in pricing on the other side of his world despite the wider forces creating a hard market and pushing rates up. He stresses that because UnipolRe underwrites on a very technical basis, it should already have acceptable pricing. Meanwhile, as a buyer, he is confident the programme’s structure works for its reinsurers and is profitable in its current form.

He also discussed the company’s use of insurance-linked securities (ILS), another innovation he has spearheaded at Unipol Group. The company recently placed its third cat bond this time securing €100 million of protection for European earthquake risk.

“We are buying almost €2 billion of coverage that is huge. So, the ILS market is a very good complement to that,” he says.

“If I stick with just 18 reinsurers, for example, in 10 years’ time the capacity and credit exposure we need will be insane. This is a great complement that gives us strategic options in the future.”

Sordoni adds that he is now seeing many other large insurers move in a similar direction.

To watch the full video interview on which this write-up is based, click here and visit Intelligent Insurer's Re/insurance Lounge

Made by buyers, for buyers UnipolRe sets itself apart in a crowded market
16-09-2020