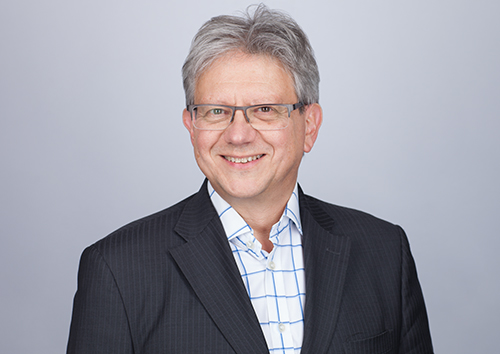 Blockchain technology could reduce re/insurer’s administrative costs by up to 30 percent by making transactions faster and more efficient, according to Ken Marke, director for strategy and business development at Ageas Group and chief marketing officer of B3i.

B3i is a collaboration of insurers and reinsurers formed to explore the potential of blockchain. Its current 38 members include Munich Re, Swiss Re and Zurich Insurance. Marke will unveil more on the progress made by B3i at the Intelligent Automation in Insurance conference on April 26 in London.

Blockchain is being hailed as having the potential to transform the industry. It enables a network to have a single version of a record or document containing all previous changes so there can be no misunderstanding or missing information. This also exists in a very secure environment, allowing for the selective distribution of the information.

“Currently, much of the communication involved in the processing of a reinsurance contract is not digital,” Marke said. “This leads to bureaucracy, noise and friction and makes a lot of reconciliation of data necessary. There are a large number of manual tasks involved where paperwork needs to be reconciled with others parties, raising queries. As a result, there is a lot of friction in the value chain.”

The technology can also be applied in private medical insurance, allowing for the transfer of confidential documents between doctors, surgeons and insurers and enabling access only to legitimate parties.

B3i estimates that the application of blockchain technology could save up to 30 percent in administration costs. “These material cost savings mainly involve reducing manual tasks currently performed by administration staff,” Marke said.

Using blockchain technology and smart contracts, B3i has developed a prototype product for the reinsurance market. The property-catastrophe excess-of-loss reinsurance contract (Cat XOL) enables insurers, brokers and reinsurers to process the terms of the agreed contract digitally. The information is stored on a blockchain platform.

“It creates a single version of the truth, in a smart contract. Being a smart contract, it is also self-executing. If for example a hurricane triggers a claim, this can be automated with the system calculating the payments that are due,” Marke explained.

B3i plans to offer the product to the market in time for the January 2019 reinsurance renewal season. Thereafter, more products will come to market.

B3i is in the process of incorporating as a legal entity domiciled in Zurich and becoming a commercial entity. Up until the end of 2017, the organisation has been operating under a memorandum of understanding.

“The fact that we are going to commercialise a product, put it on the market and charge for it, requires the creation of a legal entity,” Marke said.

Apart from ensuring that users of the platform gain from the material cost savings, the company plans to use nominal profits to become a self-sustaining company within five years.

“Blockchain is a very new technology and use cases are still few and far between,” Marke said.

“Once people understand it more, they will create demand for developers to produce useful applications.”

Marke will be speaking at the Intelligent Automation in Insurance conference on April 26 in London.

Selected Early-Bird tickets are available until February 28th at the special price of £299.99(+VAT) rather than the usual rate of £599.99(+VAT). Book your place today.

US P&C results take a hit