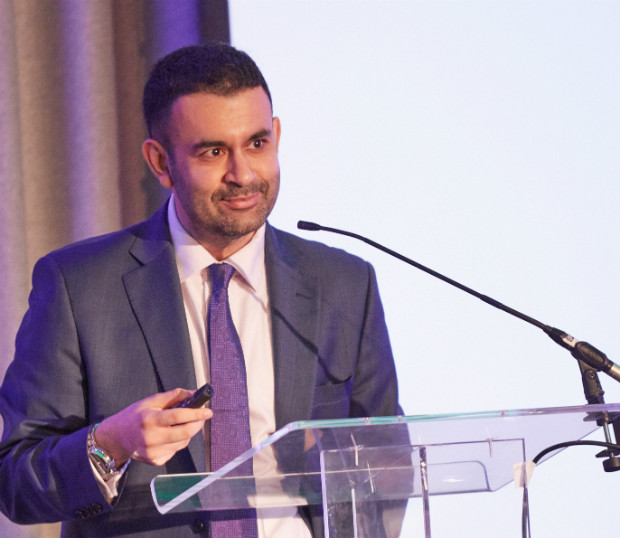 “There’s a joke in the insurance industry that ‘smart contracts’ are neither smart nor a contract,” said Ronnie Kher, business development director at insurtech firm R3, with a smile as he went on to debunk this myth.

Kher told delegates at the Intelligent InsurTECH Europe conference in London on October 14 that R3’s blockchain for insurance, called Corda, focuses on the legal part of the contract.

“The insurance policy is essentially the legal document that transactions and events are triggered from. It’s a policy, which is the only thing that holds up in a court of law,” he said.

Corda ensures privacy by sharing transaction information only on a “need-to-know basis”, he said, and it employs security features such as firewalls.

Its blockchain-style functionality “solves the issue of duplicate insurance for same asset and profiting claims”, he said, adding: “The notary [via Corda] delivers transaction finality.”

The system can connect to existing insurance platforms through application program interfaces (APIs) and other software as it is Java-based. Kher said that adoption of the system is being driven through R3’s ecosystem, which has more than 350 members including familiar names such as B3i, Insurwave, HSBC, Oracle, Microsoft, Mastercard, and Accenture.

“Corda can help to settle claims faster or settle different parts of the claim,” he said, “but blockchain is not a piecemeal approach. Corda is already being leveraged across the insurance value chain.”

Once the technology moves into its longer-term phase, beyond five years of development, Kher told the audience, blockchain will become established, with “an abundant ecosystem” supporting it. Then the technology will underpin and enable more technologies to be fully realised.

For example, there could be internet of things (IoT)-based loss control and, from that, IoT-based dynamic risk pricing. Ultimately it could become a re/insurance platform, he added.

The possibilities of this evolving technology are huge, but as Kher reminded the audience: “When we talk about blockchain, we talk about it as a marathon, not a sprint. Replacing legacy takes time.”