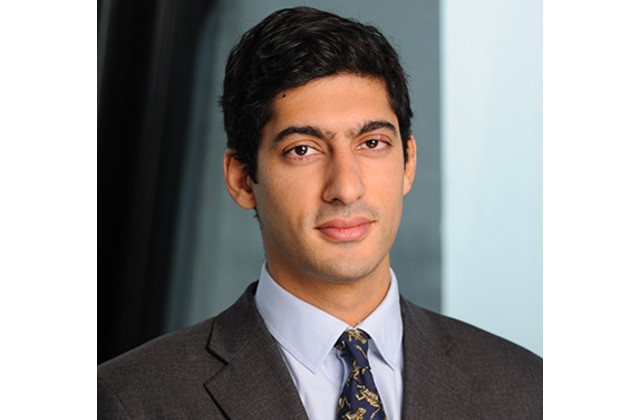 For Brit Insurance, as for many in the re/insurance industry, the market conditions were already challenging—before the arrival of the global pandemic.

Jehangir Kadan, a class underwriter at the firm, told Intelligent Insurer that there was already “a confluence of market-related issues starting to emerge” before COVID-19 reared its ugly head.

Recent performance in the casualty market has been poor, he said.

“There’s been a frequency of not insignificant losses in the market, ranging widely from the Samarco damburst, wildfire liabilities in California, shootings in Vegas MGM, the NiSource gas explosion in Massachusetts and more pervasive, broader subjects such as glyphosate-based weedkillers, potential exposures to matters emanating from Royal Commissions in Australia and cladding, and the opioid crisis as well.

“A range of things have emerged over the last five or six years. All of these issues have been against a backdrop of persistent reduction in rate adequacy over several years.”

Kadan said that on top of that already challenging dynamic it is possible to overlay a range of environmental and structural changes that have been taking place. He points to the “juggernaut of social inflation and, frankly, a quite rampant litigation funding industry in certain parts of the world”.

“There is going to be a lot of thoughtful underwriting in this coming renewal season.” Simon Bird, Brit Insurance

He highlighted “unforeseen changes in the discount rate in the UK” which he said had “exacerbated what is already a pretty stretched situation”.

And, he added, all this has been happening in what seems to be the new normal of a low interest rate environment where there’s limited and potentially volatile investment return—and that was about six months ago.

“Add the effect of the COVID-19 pandemic into this and it’s a pretty heady cocktail.”

The pandemic has presented some unique challenges for insurers, Kadan said, as he flagged up “what you might call a signposted recession ahead of us, which is pretty unusual”.

“Insurers know the landscape is there and insurers also know from history that a recessionary environment will most likely lead to an uptick in claims frequency in certain areas—PI and D&O for example,” Kadan said.

However, Brit plans to tackle these challenges head-on.

“We’ve always tried to adhere to our technical pricing requirements as much as possible, which has supported our decision to somewhat downsize our book in what was a softening market.

“Going forward we have to have a focus on the rating environment and rate adequacy as well as being totally comfortable with wordings and conditions,” Kadan explained.

“Going forward we have to have a focus on the rating environment and rate adequacy.” Jehangir Kadan, Brit InsuranceWording of contracts
The debate around terms and conditions (T&Cs) and contract wording is another COVID-19-related issue that Kadan and his colleague Simon Bird, executive underwriter and active underwriter for 2988, are prepared for.

“Wording coverage is an ongoing conversation that we always have,” said Kadan.

“It’s an evolution. With the environment we’ve been through of late there is a particular focus on it to have as much certainty as possible around coverage."

Bird added: “With T&Cs and wordings, it’s not just about price, which is of course a big thing, but the last thing any underwriter wants to do in 2021 is walk into a likely emerging loss.

“So ‘know your insurer’s underwriting philosophy’ and things like that are uppermost in our minds.

“Underwriters are going to need real assurance, if you’re writing in the financial professional space, on what the insurer’s policy is towards x, y and z.

“Given that so much business is moving around, think about the announcement this week about AXA XL ditching a significant volume of business in the London Market in the finpro space—all of that is going to be churned through the market.

“The question is ‘how are you, Mr Insurer, looking at new business and what pre-conditions do you have before you write any risk?’.

“The reinsurers are, in a way, a victim of that process, but a knowledgeable victim—that is, they have to understand what the primary underwriter is doing and why, and whether they agree.

“There is going to be a lot of thoughtful underwriting in this coming renewal season,” he concluded.