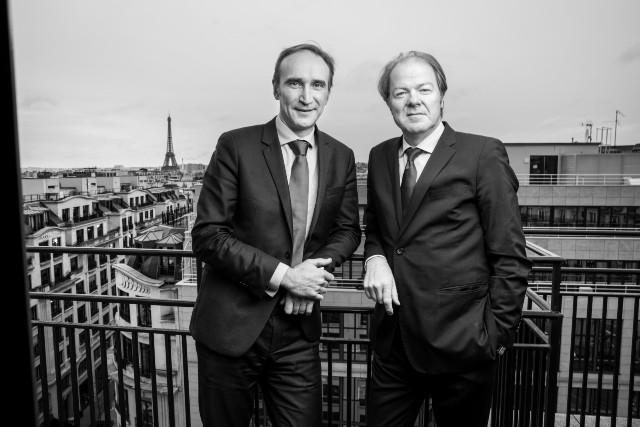 Reinsurers must insist on rate increases that will maintain their solvability while also clarifying the terms of coverage around risks such as pandemic and infectious disease coverage in their policies as a priority in this renewal.

“Rates are hardening but the extent will vary and capacity remains available for all lines and risks.”

That is the message CCR Re will be giving to its clients, according to Bertrand Labilloy, chairman & chief executive, and Laurent Montador, deputy chief executive, CCR Re, speaking to Monte Carlo Today.

“We will want to talk to clients about price as the world has changed and there is a real problem around affordability and capacity in many lines of business,” Montador said. “Equally, we feel that clarity is needed in policy wordings in many areas. In addition to pandemics, we need also to look at other systemic risks such as cyber so it is clear what is covered and that there is proper capacity in place.”

The executives were speaking having just unveiled the company’s results for the first half of 2020. While net profits were down, at €28 million, this was largely because of CCR’s participation in the government-backed intercompany credit insurance scheme, launched to help small and medium-sized companies in France.

The scheme is not meant to generate profits for CCR but as it is state-backed losses will also be capped at a low level by a stop loss mechanism.

Meanwhile, CCR’s premium income reached €1 billion in first-half 2020, up 15 percent year on year. This increase was primarily attributable to the credit insurance scheme, which was launched as from April.

Good results
The executives highlighted the performance of the reinsurer’s investment portfolio. The market value of CCR assets at June 30, 2020 was almost €8.2 billion, essentially unchanged from December 31, 2019 (+0.2 percent).

They said this performance reflects CCR’s particularly defensive investment strategy and its close monitoring of hedging and profit-taking actions. Essentially, it sold the majority of its equity portfolio before the markets crashed and re-entered this space at the right time.

“We were very pleased with the results. They are in line with the business plan; the combined ratio is a little high but that is also in line with competitors and is due to COVID-19,” said Montador.

He noted that the company has put €48 million of reserves aside to manage future COVID-19 claims.

Labilloy said the strong growth of CCR Re was in line with expectations as it expands into new markets, but also cements and increases the scope of the relationships it already has in existing markets. He stressed the company remains focused on that side of the business, not entering markets such as the US and not writing facultative business.

As market conditions now improve, the executives see an opportunity to reassess risks and expectations. However, Montador also stressed that he does not believe the industry has entered a true hard market yet.

“While there is an acceptance that rates are increasing, this is not what we believe a hard market to be. In a true hard market, business cannot be placed—that is not the case at the moment.

“Rates are hardening but the extent will vary and capacity remains available for all lines and risks.”

CCR expects rates will increase by between 10 and 30 percent with variations based on the line of business, the territory and the loss experience of the cedant. A big driver of these increases, which some people will underestimate, is the fact that interest rates have fallen yet again and are even negative in some places, the executives believe.

“Especially on casualty that makes a big difference, and when you combine it with the instability of the legal framework in some countries, it starts to move to a point that it is not affordable for anybody.”

CCR believes that the challenges presented by COVID-19 will in some cases separate the stronger reinsurers from the weak.

“It will reveal differences, as some face a crisis and maybe ratings issues.

“On the other hand, we have been recently upgraded, despite the sector as a whole being put on a negative perspective and we have also strengthened our capital base by €300 million in July,” Labilloy concluded.