Cedants must share burden of rate increases: CCR Re 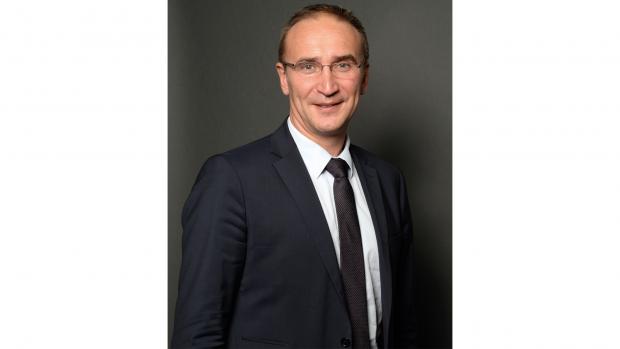 In the context of global inflationary pressures, the spectre of climate change and a continued hardening market in most lines of business, insurers are well aware that rates increases are both likely and needed in the year-end renewal, even if they have not been hit by a loss in the past years.

That is the view of Laurent Montador, deputy chief executive officer of Caisse Centrale de Réassurance (CCR) since 2014 and deputy CEO of CCR Re since September 2016. Speaking to Intelligent Insurer, he explained that the mutual nature of the global risk transfer business means that rising rates should be applied across the board, proportionally to the individual exposure of insurers, even for loss-free business.

“As we all appreciate, reinsurance and risk transfer is a global industry, which works precisely because of its mutualisation—the fact the risk is shared. No client wants to see a price increase but in our industry, that’s the way it should work at the moment.

“All markets will need to see increases to cope with industry earnings and inflationary pressures,” Montador said.

He added that he is seeing rate increases in almost all lines of business. But, despite this, he remains unconvinced they are enough for the near future.

“Premiums are increasing from one year to the next so we could say it’s a hardening market. Yet given what we see with inflation, I’m not sure it’s hardening enough. There are double digits in some places. But is that enough with inflation of 10 to 30 percent?” he said.

“There is inflation in construction costs, in semiconductors, in supply chains. All this is aggravated by the rising price of energy and the war in Ukraine. I believe inflation has not fully been factored in by reinsurers yet. That could change for this next renewal.”

In terms of property cat business, he said, inflation is also a major concern.

“It’s called short tail but proved to be medium tail. New clauses such as indexation and stabilisation could appear for this line, on top of named perils,” he said.

“Property cat is under particular pressure partly because insurers and reinsurers are concerned about climate change. We are seeing more extremes in the weather.”

“You try to simulate the climate in 2030 or 2050 but you don‘t know if the price is correct as of today.” Laurent Montador, CCR Re

CCR Re, in particular, has adjusted its risk appetite based on these concerns. “We are careful with our risk appetite in this line. We do not write property cat in the US or Australia. We avoid places where you have property values that are too high. We also try to take into account climate change in our probable maximum loss estimations,” Montador said.

“It is difficult in terms of data and estimations to fully take that in the quotes. You try to simulate the climate in 2030 or 2050 but you don‘t know if the price is correct as of today given the dynamics of climate change, especially on property and the business interruption side.

“All this means some high rate increases—double-digit in many cases. But maybe more is needed for 2030 climate. It is something that will be partly taken into account in the renewal.”

Part of climate change is also the rise of environmental, social and corporate governance (ESG) factors, he noted, which the industry is increasingly grappling with on both the asset and the liability sides.

“To do that properly, we need better and more granular data from cedants, which we are now requesting, as we did for our investments. It’s difficult. It’s a journey which is not finished but we have made a great deal of improvement.

“We are trying to comply with regulations but also be on the forefront of companies doing this,” Montador said.

Casualty business has a different dynamic. Rate hikes are less pronounced—they are hardening but the issue of inflation is an even bigger concern than on short-term business, Montador said.

He says CCR and CCR Re’s biggest concern is the forecast economic conditions. Inflation means higher claims and higher premiums but he notes that there is also government pressure to try to limit this increase for purchasing power. How far and how long could the inflation go? “Central banks will also be increasing interest rates. This will have an impact depending on how fast and how high they increase rates. There could be a hard landing for some economies,” Montador said.

“That will mean a decrease in our unrealised capital gains counterbalanced by discounted inflated reserves. We will need to manage our economical capital for sustaining the growth of our earnings. We can manage that, but some re/insurers might find it more difficult.

“There could be some exits by re/insurers as a result. That could trigger a real hardening in the market.”

In addition to eyeing smart capital allocation in property cat and casualty, the business is examining opportunities in specialty classes, some of which are hardening following a withdrawal of capacity, and specific markets such as Asia, Latin America and Africa.

“Some other companies are leaving those markets or certain lines of business. We can take advantage of that,” he concluded.