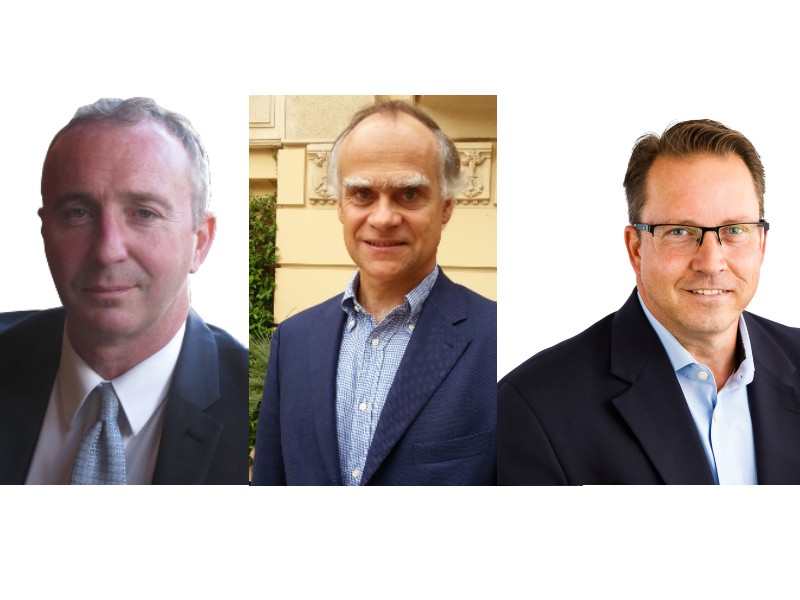 Prices are rising, but it is an “unavoidable truth” that the re/insurance sector is not yet in a hard market as capacity remains available across all lines of business albeit at higher rates.

That was the view of two seasoned buyers of reinsurance, speaking as the industry enters what is tipped to be one of the most difficult negotiations in decades and that is without factoring in the impossibility of holding physical meetings or conferences (including the Monte Carlo Rendez-Vous) because of COVID-19.

The buyers were speaking during a pre-renewals panel discussion held on Intelligent Insurer’s Re/insurance Lounge, an online platform where interviews and panel discussions are held live on a weekly basis and content is available on demand at any time to members.

The session, called ‘Taking the pulse: the start to the renewals (but not as we know them)’, featured three seasoned industry veterans, including two experienced buyers of reinsurance, who discussed how they think this renewals season will differ from previous ones and current market conditions.

“As a buyer, I would argue the point that it’s not a hard market,” said Meredith Williams, vice president of ceded reinsurance at American Agricultural Insurance Company. He does however agree that prices are hardening.

Williams added: “I don’t think there’s any shortage of capital. It’s more case-by-case as to how reinsurers and counterparties want to manage that capital. Shifting their appetite as to what they want to write more or less of comes into play more and that’s where transparency needs to be understood.”

Benoît des Cressonnières, CEO of Euler Hermes Reinsurance with responsibility for the company’s buying programme, agreed. He said that Euler Hermes has been working with the same reinsurer for many years and, while he does not expect this year to be great for the reinsurer, he doesn’t believe it will be negative.

“It will probably not meet the return expected on capital for the reinsurer, but if you balance this with the profit seen over the last few years, it should be OK,” des Cressonnières said.

He suggested that the July 1 renewals, where prices increased slightly on some treaties renewed, might act as a guide for what to expect. According to the CEO, during the mid-year renewals, traditional reinsurers simply renewed what they had, and most were not interested in seeking new business.

“We need a bit more data. July 1 was too close to the start of the crisis so, by the end of year, we will have more data to analyse and discuss with reinsurers,” added des Cressonnières.

Stuart Shipperlee, director of Litmus Analysis, the advisory firm specialising in ratings, agreed with the buyers, calling it a “pretty unavoidable truth” that we are not currently in a hard market. He stressed that pricing has a long way to go after so many years of softening rates.

“Most analysts I know will tell you that market pricing probably went below in the aggregate where it should be in 2014 and it kept on dropping for quite a long time,” Shipperlee explained.

According to Shipperlee, there has been a “structural problem for reinsurers in their ability to push prices up to something that one might economically regard as a suitable return for the risk they are taking”. In that sense, the price hardening we’re seeing in the market is quite positive, he suggested.

Shipperlee went on to discuss the potential for adverse development in casualty books, which seems to have disappeared from the conversation on post-COVID-19 developments, he noted. In February, industry veteran Stephen Catlin claimed that casualty reserves could be deficient by as much as $200 billion.

“That is still there, presumably. That’s a drag on capital, so a pressure on price. Combined with the ‘if not now when, if not what’ argument around COVID-19, that would be mean there’s a continuing degree of price momentum,” Shipperlee said.

Yet the reinsurance market is no longer in a cycle, he added, noting that at best it is a series of individual cycles.

“The reality is that it is individual negotiations and individual positions that’s how it is, much more than it used to be,” he added.

Cancelled conferences
This time last year, thousands of the leading players in the global insurance, reinsurance and brokerage market, alongside lawyers, banking advisors and journalists, would be meeting each other at the Monte Carlo Rendez-Vous.

It’s a different story this year re/insurance conferences around the world have been forced to cancel because of the pandemic. The consequences are yet to be truly understood, but the panellists are confident that business can continue, albeit not in the same way.

For des Cressonnières, not attending the Rendez-Vous is not a major loss, although being unable to meet brokers or reinsurers face to face in October or November could make things difficult.

Meeting in-person gives the players a chance to brainstorm ideas that could benefit the company and the industry, explained the CEO. While going virtual is cost-saving, it can make the process more difficult, but des Cressonnières is confident that his company will “adapt to make it happen”.

And, after 30 years in the reinsurance in the market, Williams doesn’t believe one year of not meeting is going to cause a lot of harm to his long-established relationships, but the outlook is bleaker for those who are newer to the industry.

“Looking at the current market conditions we’re going into, not having this kind of experience is a bit of a challenge to say the least,” he said.

In agreement, des Cressonnières noted that face-to-face meetings are important to gain some experience, and this generation of young underwriters will miss out.

Williams added that 90 percent of negotiations can be done virtually but the small percentage which can’t tend to be the more critical negotiations, where you have more challenges in programme/placement.

He concluded: “We’ll get through this. We all know how to do what we do, but it’s going to have its challenges.

“I’ve had a dozen requests for virtual meetings this morning, all in place of the conferences we were going to. It’s not the same, but we have to make a concerted effort to make sure we’re staying engaged.”

*To watch the full video interview on which this write-up is based, click here and visit Intelligent Insurer's Re/insurance Lounge

Swiss Re bullish on market outlook, expects rate hardening to continue across all lines
08-09-2020