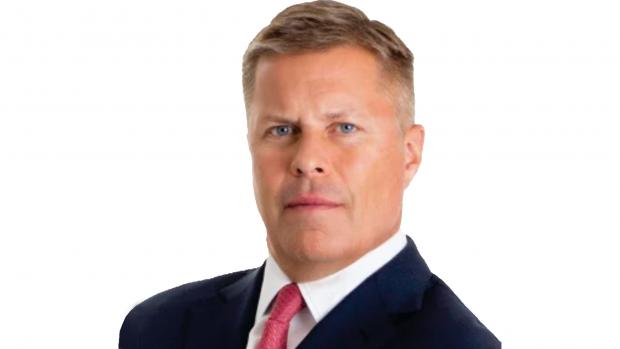 Energetic, passionate, nimble, cohesive, complementary, collaborative, disruptive. Those are just some of the words Rod Fox, founder and executive chairman of TigerRisk Partners, uses to describe what his firm has in common with Howden, its soon-to-be long-term partner since the firms signed a $1.6 billion deal in June.

Commonality is good in any relationship. Fox is excited. But he appreciates there are differences—and that is what makes it even more interesting. One word that does not translate is sport. Fox and Howden CEO David Howden both like sport in general—it’s an effective mechanism to unite people in a way that little else does. Another example of a perfect cultural fit between firms and big personalities. Actually, not in this case. Fox likes American football;

But beyond linguistics and marketing speak, there are tangible similarities and differences to consider in a merger such as this. An ideal is little crossover in terms of clients and business activities but a similar culture. That is what Fox sees—and that is why he is confident that Howden Tiger, of which he will be executive chairman, as the new reinsurance broker will be known, has the potential to disrupt the reinsurance brokerage world for good.

“The cultural fit is outstanding, but the firms are very complementary in their offering,” Fox says. “The values of the two firms, the work ethic, the style of how we do things really works. One senior insurance executive said to me recently: ‘You guys bring energy to the market’. The market needs that energy, that innovation.

“When you bring the Howden and the Tiger people together, you can feel the energy. Particularly at this moment for the marketplace, that energy is going to be fantastic.

“Another client complemented us on how passionate our people are. I see that same passion with the Howden people. That stems from the private ownership we both have. It allows us to be nimble and encourages teamwork and cohesion in the team.

“Neither company works in silos, and we love that. It has shone through in the interactions between people: high energy and very collaborative.”

“Neither company works in silos, and we love that.” Rod Fox, TigerRisk Partners

Beyond the energy and the culture, the respective footprints of the businesses complement each other, Fox says. Howden had a reinsurance business but much it was smaller than TigerRisk and with a small footprint in North America. It was instead attached to a much larger retail and wholesale operation with a global footprint and a managing general agent (MGA).

“Specifically in the reinsurance segment, Howden had three things we did not: an MGA practice that they had built in Dallas, an international facultative capability, and a London Market specialty reinsurance business. We had none of those things but would have wanted to build them eventually,” Fox says.

“We have been described as a market disruptor. It’s a very powerful combination. The deal gives us greater scale globally, which will be helpful for clients. It gives us more capabilities, it gives us a broader breadth incorporating the retail, the wholesale, the MGA capability.

“All that directly applies to North American clients. Having more scale and a wider offering will be beneficial to everyone.”

Another area where the firms complement each other is in analytics. “They’ve had a very strong commitment to technology, which we have as well, and analytics. We’ve had a number of discussions about what the combined offering will look like, and it’ll be extremely powerful.

“One plus one will equal more than two. You’ll see a very powerful technology and analytics capability from both of us,” Fox explains.

“They have a couple of platforms that I was extremely impressed with. Our clients can expect to see more efficiency around data, more quality of analytics, and a more effective delivery of those results. Ultimately, clients want solutions.”

When firms merge, a period of consolidation and rationalisation often follows. Leaders allow time for cultures to bed in, for systems to be aligned for talent to settle. In the case of Howden Tiger, however, both leaders are already eyeing future growth. Both businesses had their growth plans and plan to implement them sooner rather than later.

Fox says he sees lots of room for growth. “Tiger had a long runway ahead of it, as did Howden,” he says. “I see more expansion opportunities with global clients who are already trading partners with Howden. Tiger had a relatively small presence in EMEA so we will look at that and then consider further global expansion.

“Howden’s retail side is very interesting because it too has a nice footprint around the world. We will look to follow that from a reinsurance perspective. We believe that the lines are blurring between retail, wholesale and reinsurance. That means our combined skillsets will help a variety of clients.”

Fox adds that expansion into markets including Australia, Asia and Latin America is all part of the plan—it is just a question of timing. “We have lots to do right out of the gate in the countries we’re in today, but definitely those three would be areas of great interest for expansion in the future.”

Up for the challenge

International expansion may drop down the list for now, however, given the increasingly challenging market conditions for Howden Tiger’s clients, a situation likely only to get worse as losses from Hurricane Ian unfold.

The broker was already looking to get ahead of the game on this. At the Monte Carlo Rendez-Vous, TigerRisk chief executive officer Rob Bredahl unveiled what he called a cat capacity SWAT team, dedicated to identifying new sources of property-catastrophe capacity, as a potential capacity crunch looms for cedants ahead of next years’ cat renewals, many of which are themselves seeking more coverage as property exposures soar.

The logic is sound: in the context of hardening rates, now is a very good time to invest in property-cat business. The challenge is simply explaining the opportunity to investors in a way that cuts through the wider noise of macroeconomic challenges including inflation and rising interest rates—and to get deals done in time for year-end.

That sound theory may change, of course—in the aftermath of Hurricane Ian, things could get much tougher again. But, Fox insists, this is when good brokers come into their own—and there is even more of those since the Howden merger.

“Hurricane Ian could be a game-changer, but from a reinsurance perspective, this was a hard market well before this latest loss event. Now, yes, it might get even harder. But that means clients need talented, experienced, creative brokers to help solve the issues that the future will bring.

“The Howden Tiger tie-up brings that in spades. From a talent perspective, we believe we have the best people, but are constantly consumed by this—constantly looking for the best people in the business. We can’t hire people fast enough, frankly, for the growth of our business.

“We want the elite people. And again, we screen for talent, but they also need that passion,” he says.

This talent will be needed in such a complex market. As Fox says: “I don’t think there’s ever been a greater need for matching risk and capital, and that’s across the spectrum of capital. That applies to reinsurance capital, debt, equity, insurance-linked securities, everything. But we have an integrated approach.

“Our capital markets group, our reinsurance group, our strategic advisory group all work closely together. We’re very well positioned to help people in that quest.

“These will be challenging times for our industry,” he says. “We are here to help.”

“You’ll see a very powerful technology and analytics capability from both of us.”

Fox has always enjoyed a challenge. In the aftermath of a deal, some founders may look to take a step back, to enjoy the rewards of their hard work. Not in Fox’s case. Although he is no longer CEO of TigerRisk, he is still fundamentally involved in the company alongside what he sees as a very capable executive team: Rob Bredahl, CEO; Tim Ronda, senior executive; Elliot Richardson, chair of Howden Re; and Wade Gulbransen, head of North America, to name a few.

Fox is far from ready to retire. “My team are running the business day to day but that means I can work directly with clients, which is what I really enjoy,” he says.

“My wife said the other day that I seem busier than I ever have been, and I think that’s right. Plus, it’s about to accelerate even more. But I have no plans to change anything.

“I really like David [Howden], and I am looking forward to crafting the future with him. We’re very similar in lots of ways. He brings a lot of energy; we get along famously and enjoy spending time together.

“I am impressed with what he’s built at Howden, which is a great business. Now, we can expand even more. I think there will be a wonderful future ahead,” he concluded.