Insurers are playing a key role in the response to COVID-19: APCIA CEO Sampson 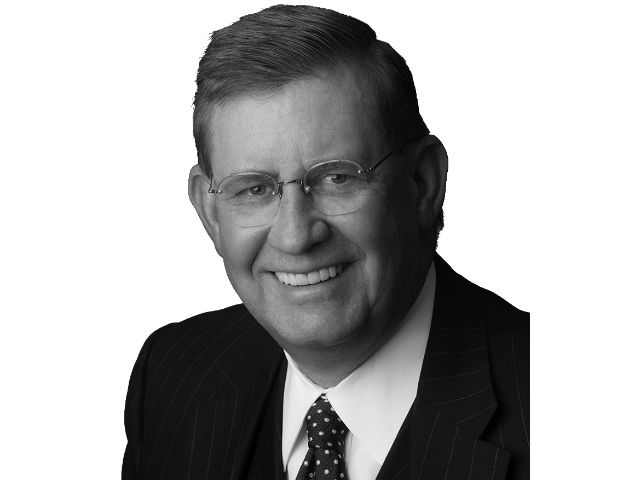 The insurance industry is facing a number of existential threats due to the challenges and fallout from COVID-19—but it has already played a significant role in helping the world manage the global pandemic and can play an important role in developing solutions to the pandemic in the future.

That is the view of David Sampson, president and chief executive of the American Property Casualty Insurance Association (APCIA), speaking ahead of the association’s annual conference, being held virtually for the first time this year due to restrictions imposed because of COVID-19.

Sampson told APCIA Today that he is proud of the contribution the industry has already made—and is confident it has an important role to play in managing pandemics in the future.

He notes that, globally, insurers have already paid out on almost $110 billion of COVID-19 claims. To put this amount in context, claims from Hurricane Katrina, the most expensive catastrophe loss for the insurance industry to date, cost $41 billion in claims at the time (in 2005), which would equate to some $54 billion today.

On top of paying direct claims, the industry has done its bit in other ways. Auto insurers in the US have returned some $14 billion to customers in the form of policyholder relief because fewer journeys being made have resulted in fewer accidents and fewer claims.

“This has been an unprecedented year in terms of challenges, some of which strike to the very foundation of insurance. The world has changed, and COVID-19 is taking lives as well as livelihoods, with the biggest economic contraction since the Great Depression.

“I am proud of the way the industry has responded; it has adjusted to operational challenges, is paying claims and remains financially robust,” Sampson said.

One of the most concerning threats, which the APCIA has lobbied vigorously against, has been in the form of some states moving to force insurers to retroactively cover certain types of claims, notably workers’ compensation, despite their clearly not being covered in the original policy.

Sampson said the APCIA opposed this for a number of reasons, one of which was because it knew insurers needed to remain financially robust to pay out on other types of claims. The 2020 hurricane season has been one of the worst on record so far—it is only the second time in history that the number of named storms has exceeded the number of letters in the modern English alphabet, meaning new storms are now being named following the Greek alphabet.

The last time this happened was in 2005 when 27 tropical storms or cyclones were recorded, including Hurricane Katrina.

“On top of that we have had the fourth year in a row of record-breaking destructive wildfires in California,” Sampson said.

“That is why we opposed the idea of retroactive insurance. As it is, the industry remains financially stable and we are well prepared to pay claims from another year of intense natural catastrophes, as well as all the other types of losses we experience.”

High-value programme
The APCIA 2020 annual conference, being held virtually for the first time, takes place against this extraordinary backdrop of challenges and “disruptive forces”.

Sampson admits that the association has had to adapt and do the best it can under the circumstances. He said he is very pleased with the levels of registrations for the virtual event and is confident the event will deliver a high-value programme in terms of speakers and panellists.

“People will miss the networking and the social dimension as well as the interaction with reinsurers and brokers. Those things are important to this business, but we are all in the same boat on this and we greatly appreciate our sponsors sticking with us.

“Given what is happening in the world this is clearly the right decision for our members, staff and valued partners,” he said.

He added that other concerns for the APCIA include the social unrest being seen across the US at the moment, which has a financial as well as a social cost. He said insured losses from rioting now exceed $2 billion, significantly more than the Los Angeles riots of 1992, when a state of emergency was declared in parts of the city. Those riots cost some $1.2 billion in today’s terms.

Another concern is the trend of some US states moving to ban the use of some types of risk-based pricing on the basis its use is unfair or discriminatory to certain socioeconomic groups.

Sampson said most of these techniques are actuarially sound and banning their use would present challenges for the insurance industry.

“We see this as an emerging issue which we will need to address in 2021,” he said.

Moves for future pandemics
APCIA has partnered with the National Association of Mutual Insurance Companies and the Independent Insurance Agents & Brokers of America to call for Congress to seek an affordable solution to better manage future pandemics, keeping all businesses—small and large—ready to recover and re-open for business.

Nearly half of America’s 31.7 million small businesses have closed permanently or temporarily because of the pandemic, resulting in job losses and layoffs.

The insurance associations want policymakers and the business community to establish a programme to provide financial protection for businesses to help them deal with future viral outbreaks and pandemics. Due to the inherent uninsurable nature of pandemic risk, they have developed a solution they believe would make pandemic protection for American businesses available and affordable, named the Business Continuity Protection Program (BCPP).

The BCPP would include a fully federally-funded affordable base layer of coverage that would ensure wide availability and business take-up, as well a public-private partnership to provide additional coverage to businesses.

The associations say the BCPP is designed to bolster the country’s economic resilience by providing timely and efficient financial protection including payroll, benefits, and expense support to the private sector in the event of a future declared public health emergency.

“As we look at the possibility and threat of future pandemics, we see there is a need for a more systemic approach to this issue,” Sampson said.

“Only the government has the capacity to deal with an economic challenge of this magnitude but we feel there is a role for the insurance industry to play that is commensurate with the capital in the industry and the nature of the risk.

“We want to be part of the solution,” he concluded.

US must remain open for business: industry association bosses propose a solution
13-10-2020