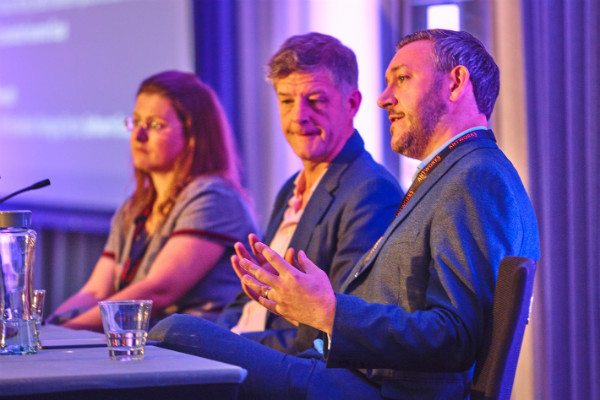 The cost of running and insuring heritage buildings is being reduced with technology that monitors risk in real time via the internet of things (IoT), the audience at Intelligent InsurTECH Europe 2019 heard in London on October 14.

Speakers on the panel for a session ‘Monitor, alert and prevent: leverage technology to protect the nation’s most treasured assets’ shared insights on their innovative partnership using such technology.

Nicola Duncan-Finn, senior estates manager–East at English Heritage, said that the organisation has partnered with insurers to support its team of six or seven specialists to maintain their buildings.

“Modern buildings are engineered with fire regulations, but in heritage buildings it’s much harder to maintain the fire risk,” Hartley said.

He added: “A 17th century building pre-dates building regulations. How we manage the building, water, electricity and gas is a challenge.”

In partnership with technology firm Shepherd, English Heritage and Ecclesiastical are able to monitor what is going on in the building fabric and environmental changes within the building.

Sensors deployed in the estate send data back to be analysed. From this the insurer and estate manager can better manage risk by understanding those assets and their performance, and they can also “drive down the operating costs”, said Stephen Chadwick, CEO of Shepherd.

He explained that the firm conducts a forensic mechanical survey to understand the assets. “We look at every pump, every fuse board, every fridge, every gas hob, everything.”

He said the monitoring technology is battery-operated and non-intrusive to “make sure that we sit alongside the environment we are protecting”.

Duncan-Finn added: “This might seem like new technology to some people, but the heritage industry has been using environmental monitoring for 25 years.”

She said they are looking at it as a scalable model, which they will use in the organistion’s security systems and sustainability model.

Thousands of data points are coming into the Shepherd system from monitors in the rooms, said Hartley.

“We can fine tune the money spent on heating and energy judging by the number of people in the rooms to reduce energy use.”

Asked whether such monitoring systems could have prevented April’s devastating fire at Notre-Dame de Paris, Hartley said that IoT allows you to deploy sensors and monitors temporarily, so if there are workers in a building you can put in thermal monitors while the work is done, and then take them away.

Duncan-Finn added: “The way we manage buildings is so different today. At English Heritage we are trying to build a scalable model for management. If you have these systems in place it can make things easier.”

Almost half of insurtech funding targets AI and IoT: Accenture
31-03-2017