Modelling the fingerprints of climate change 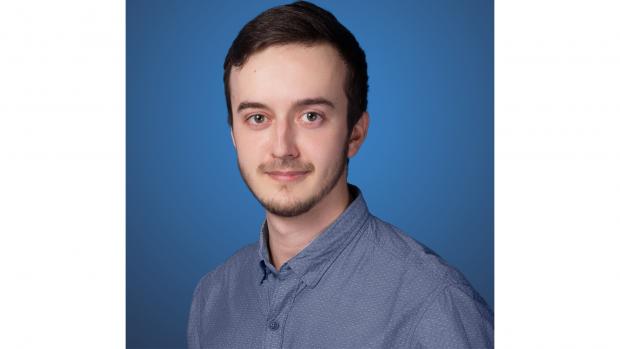 Catastrophe modellers are already seeing “the fingerprints of climate change” in global weather patterns and nat cat models, according to Michal Lörinc (pictured), head of Catastrophe Insight at Aon.

But the question of how much impact climate change is having on natural catastrophes globally is very complex to answer, Lörinc said.

“The answer depends on the type of peril and region we’re talking about because the current scientific consensus provides a different level of understanding for different perils in terms of attribution for what climate change is actually causing, and what change is expected in the next decades.”

Perils such as drought, heatwaves, and cold spells, are understood with a higher level of certainty in the scientific literature, he said, while perils such as severe convective storms or tropical cyclones are less understood.

Commenting on recent cat events in Europe, he said that anyone who thinks climate change is not having an impact there is being “too optimistic”.

“The heatwaves in June and July 2022 are an example of a peril that Europe should be worried about, because this is a peril we’ll be seeing more frequently in the future.”

“The heatwaves in June and July 2022 are an example of a peril that Europe should be worried about.” Michal Lörinc, Aon

He said that while a heatwave doesn’t have such huge implications for the insurance industry—certainly when compared to a peril such as flood—it is a “huge deal” from a health and wellbeing perspective. Aon’s Catastrophe Insight team analysed data from the 2022 heatwaves and found that the cumulative death toll directly related to these events was more than 17,000 excess deaths.

Beyond Europe, Lörinc described Hurricane Ian as a “game-changing disaster that has completely changed statistics for 2022”, leaving a trail of devastation across Cuba, Florida, and South Carolina in late September.

“Everyone was expecting an above-average hurricane season, which didn’t happen [as we’re now past the peak season]. However, Hurricane Ian is an example of the fact that even one disaster is enough to completely change the stakes.”

He explained that Ian has likely “doubled the year-to-date insured losses” seen before Ian made landfall. But he added, total global economic losses are still below average. However, insured losses are already above average for the 20th century and above the 10-year average.

“We’re still not at the level of the average for the last five years, which is when we started seeing these elevated losses in 2017 with the hurricanes in the US and Americas.”

2022 is not over yet. “We’re already past the peak of the hurricane season but, obviously, disasters of any other peril can still happen and elevate the losses that we’ve seen so far,” Lörinc said.

Comparisons between Ian and Hurricane Andrew in 1992 are ubiquitous. Lörinc commented: “It will be revealing from a loss development standpoint to see what the eventual impact of Hurricane Ian will be because at the moment it’s certainly too soon to provide any definitive number on losses.”

Publicly available estimates of model losses all suggest that losses from Hurricane Ian will be in the tens of billions of US dollars.

“Naturally, this is putting a strain on insurers in Florida in particular, and elsewhere.

“The final loss costs for Hurricane Ian will not be settled in months to come.”

“We need to keep in mind several other factors that come into play, including the special characteristics of the Florida insurance market, but also external factors such as inflation, which might elevate losses further in the coming months.

“The final loss costs for Hurricane Ian will not be settled in months to come. And as we’ve seen with past large-scale disasters, the losses evolved even years after the event happened.”

Model development can certainly help improve the understanding of future risk and how that risk will evolve with climate change and higher temperatures, he said.

“This information is increasingly requested by clients and regulators. That’s why Aon is investing time, money, and resources in academic research and collaborations with top universities in the world.

“The idea is to use the latest research and output from climate models with the catastrophe models that Impact Forecasting is developing, so we can provide a view of risk in the current climate, and also in the changed climate,” he concluded.