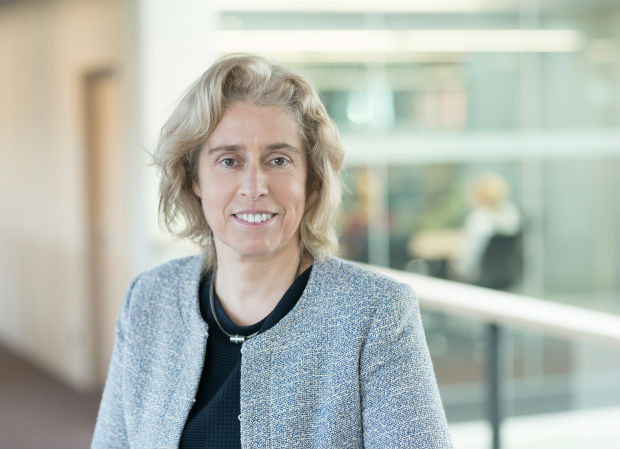 Doris Hopke, member of the board of management, Munich Re

Speaking at a virtual press conference for Baden-Baden 2020, Doris Höpke, member of the board of management at Munich Re, outlined the four main market features she believes will strongly affect renewals in January 2021.

Commenting that some of the features were “newer than others”, Höpke said they were all relevant as she highlighted: insurance capacity; interest development; loss experience; and risk awareness.

She acknowledged that while the issues around reinsurance capacity were not new, looking at the global reinsurance market over the last decade, the main driver of continuous rate decline has been the “influx of capital, in particular in cat markets”.

“Looking at the global market development in more recent times, we see that the traditional capital base as well as the alternative capital base is still high, but it’s at least stable.”

Höpke said that “without doubt” there is still sufficient capital in the market, perhaps with some exceptions of segments where capital may be scarce. But in general, she said: “Price developments will not be guided by a shortage of capital.”

However, she said, something is changing.

“In the aftermath of a series of property events, capital is being trapped far longer than expected and still in relevant dimensions. And I think after a multitude of large events, capital will only come with a higher profitability expectation.

“With new capital this may come in only with a more demanding expectation on margins. This is the starting point with respect to capital for the upcoming renewal.”

Interest rates are another feature of the market flagged up by Höpke, who acknowledges the importance for investors, as a more or less attractive alternative to investing into insurance risk, and also for insurers and reinsurers.

“This is because the time between collecting the premium and paying out claims is the time to earn interest on premiums. The higher the investment return, the higher the profitability of risk-taking. But the reality is that the higher the return on investment the more room there is to take lower premium,” she said.

“In the aftermath of a series of property events, capital is being trapped far longer than expected.” Doris Höpke, Munich Re

Höpke said: “One year later, in times of COVID-19 and measures to stabilise the economy, interest rates are even lower. We all expect this to be so for the foreseeable future in view of the uncertainty under COVID-19 and the massive fiscal measures taken in this context.

“The implications of this outlook and the interest rate level on business are really clear, and they must definitely not be underestimated.”

She said that over the last decade insurance risk was attractive for investors, as insurance presented itself as profitable due to an unusually low number of large events, at least for a number of years in many regions.

However, during the very soft market cycle, a material loss experience drove rates up, but only for affected regions and affected accounts and segments, she added.

“We did see material loss activity for example in 2017, with hurricanes Harvey, Irma and Maria. Since then we’ve observed a whole series of natural catastrophe events worldwide, for example in Japan, with the pertinent effect on rates going up.

“We’ve also seen an increased loss burden in the manmade areas, outside nat cat, such as the social inflation phenomenon in the US.

“Of course the COVID-19-related loss will have an impact on results in large parts of the insurance industry in 2020 and perhaps beyond.”

In Europe, apart from COVID-19 selected segments, such as industrial business and D&O for example, suffered loss activity but in general loss burden was still rather low, she added, saying there had not been large nat cats in some markets for many years.

However she warned: “We have to be aware, and my impression is that under COVID-19 this awareness is rising.”

She said that low large loss activity over a longer period of time was “purely random” and it does not imply any absence of large losses.

“All of this together results in a dimension of economic losses that one can hardly estimate or imagine.”

More awareness
The final feature Höpke highlighted as important for the January 1 renewals was the increased risk awareness.

“Looking back I believe that the absence of major cat events for a number of years, in combination with pressure caused by the oversupply of capital, bit by bit distorted the insurance industry’s perception of what can actually happen.

“At the end of last year in China and early this year in Europe and the rest of the world, COVID-19 appeared.

“Beside the human tragedy, which must not be ignored, the virus triggered an unprecedented response of nationwide lockdowns, restrictions and unforeseen fiscal intervention.

“All of this together results in a dimension of economic losses that one can hardly estimate or imagine. It may be fair to say that it’s impossible to put a number to them, even less so now while the pandemic is far from over,” she said.

Known risks that are characterised by a low probability of happening but by a high severity when they happen with an enormous loss potential “must not be neglected in our everyday risk management and in our risk evaluation even after years of absence of cat events”, she added.

This is why at the time of COVID-19 and overall high uncertainty, there is increased risk awareness, which is taken into account when buying and selling reinsurance, she said.

It also has an effect pushing rates up and with wordings.

“The current environment is winding back some softening of the past years, that also affected wordings making them broader and sometimes less precise, as well as bringing more attention to the quality of reinsurance,” Höpke said.

“With the stable capacity and the high quality that we offer, which are both of particular value in these circumstances, we see room to grow.

“We will do so only based on a very disciplined underwriting approach. And we believe this is supported by the current market environment,” she concluded.