Parametric sovereign cat bonds: the way to insure the Belt and Road 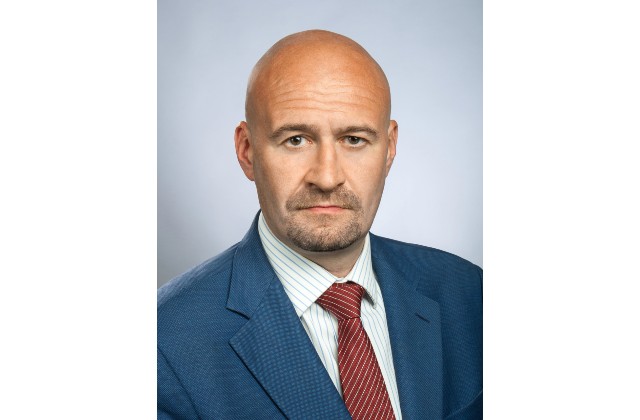 Countries in Central Asia and Eastern Europe that have been recipients of Chinese investment via projects associated with its Belt and Road Initiative (BRI) should use parametric sovereign cat bonds to insure themselves against the risk of natural disasters.

That is the view of Kirill Savrassov, an insurance-linked securities (ILS) and sovereign risk transfer specialist.

“China’s Belt and Road Initiative has created an even greater need for comprehensive protection solutions in Central Asia and Eastern Europe,” said Savrassov.

“China has spent tens of billions of dollars in infrastructure across the region but practically none of it is properly insured against physical damage, despite the region being at high risk from earthquakes and other natural disasters.

“In countries such as Uzbekistan, Kazakhstan or Tajikistan it is not a question of if an earthquake will hit, but when and how devastating it will be.”

A natural disaster could devastate much of the infrastructure that China has helped to develop in the region via the BRI. If such a project is built but then destroyed by an earthquake the host country will still owe China the money for the loans, without reaping the benefits from the infrastructure investment.

Emerging markets in general are vulnerable to the impact of natural disasters. According to Swiss Re, there is 35 percent level of catastrophe risk coverage in advanced economies versus 6 percent in emerging economies.

While the insurance gap is a huge problem everywhere, the problem is far bigger for BRI transit countries between north-west China and Western Europe, said Savrassov.

“Extremely low insurance penetration, market underdevelopment and in some cases protectionism make insurance unaccountable at the macro level, and unfold the necessity for alternative disaster risk transfer strategies and instruments,” he said.

Emerging markets governments are therefore looking for innovative ways to increase their access to finance to enable disaster response, recovery, and rebuilding—and Savrassov believes parametric sovereign cat bonds are the most logical and effective way for emerging markets to resolve their risk financing challenges.

“In fact they are the only instrument that realistically will work,” he said.

“This region clearly is under the influence of China and Russia, while the World Bank is US-driven,” he added. “That makes the parametric bonds solution the only neutral and therefore pragmatic option.”

ILS growth
Savrassov welcomed steps taken by the Singapore Monetary Authority to grow its ILS business, which is fully sponsored by the Singapore government, and predicted Hong Kong will compete with Singapore for this business, encouraging growth of ILS in Asia and globally.

This should raise the profile of these innovative insurance products and embolden regional governments to use them to ensure they have adequate insurance coverage in case of natural disasters.

As the market grows, investors will increasingly benefit from intra-class diversification in ILS instruments, Savrassov said.

He argued that the performance of the World Bank Pandemic Bond throughout the era of COVID-19 shows that parametric sovereign bonds in general are a great idea.

“There have been some reasonable criticisms of its performance and the structure may need to be adjusted and recalibrated, but ‘de facto’ it worked so the proof of concept is there,” he said. “Just some fine-tuning is required.

“Generally speaking, the work done by the United Nations and international financial institutions to encourage governments to address the disaster risk finance at the right level is priceless,” he added.

“These efforts will lead to sustainability and macro-economic stability of developing nations in the face of devastating natural catastrophes,” he said.

Savrassov predicted the emergence of a healthy market for parametric sovereign cat bonds within the next five to seven years.

“There needs to be just one deal and then there will be a domino effect,” he said. “Things can happen very quickly once the logic is accepted.”

He pointed to the rapid growth in the audit business in the former USSR as evidence of how quickly markets can change under the right conditions.

“In the 1990s there was no market for international auditing in the former Soviet Union people were happy to use local standards and companies,” said Savrassov.

“Even banks were not interested. But as trade with the west increased, people recognised the need to adhere to international standards, and now every big company uses them.

“It took two decades for the market to go from one extreme to the other. I am sure it can be the same with parametric sovereign bonds.”