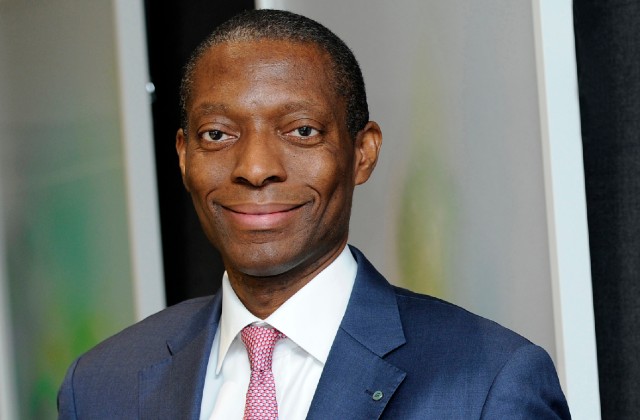 “It’s about tackling protection gaps together to make the world more resilient.” Moses Ojeisekhoba, Swiss Re

Reinsurance prices will continue to increase across all segments as the combination of low interest rates and the need for prices to cover increasing loss trends affect the market, according to Swiss Re.

The result is increasingly severe losses, as experienced by the industry over the past few years. They said this year looked as though it would follow the trend.

“Higher plaintiff awards, particularly those above $5 million, have been increasing at quite a rapid pace.” Thierry Léger, Swiss Re

Swiss Re said the current Atlantic hurricane season is the first on record to see nine tropical storms forming before August and 13 before September. This higher incidence of nat cats is “further aggravated” by the higher frequency and severity of secondary perils, such as floods and wildfires. The outcome is that claims are rising and there’s a heightened awareness of the importance of insurance.

Low interest rates have been undermining the industry’s profitability since the global financial crisis in 2008/09, with the reinsurers saying the low figures were here to stay and could go lower still. However, Léger warned, further rate cuts aimed at fighting the economic impact of COVID-19 will only exacerbate profit-related problems.

Better margins
In the publication “Low interest rates: the new norm and what it means for insurers” published on September 7, the Swiss Re Institute found that to achieve a reasonable return on equity during 2021, non-life insurers in G7 markets need to improve underwriting margins by as much as 7 to 12 percentage points to compensate for lower interest rates.

Léger said: “On the back of several years of claims deterioration and premium declines, the situation for the reinsurance industry has worsened in 2020.

“As a result of that, Swiss Re has decided to focus the renewals ahead on achieving underwriting technical profitability and clarity of terms and conditions.”

He said that in H1 2020 the loss ratio in casualty lines has changed by 5 percent, which means that the price increases the reinsurer has seen have been “offset” by the further decline in interest rates.

Social inflation was highlighted for its ongoing role in creating a worsening environment for re/insurers by putting “continued upward pressure” on large claims.

Léger said that the increase had grown faster over the past few years, adding that it was fuelled by the general “anti-corporate” environment which pushes plaintiffs to “develop psychology-based arguments to trigger jurors”.

“Higher plaintiff awards, particularly those above $5 million, have been increasing at quite a rapid pace. For settlements above $100 million, or even billion, you can see an even stronger increase,” he said.

COVID and climate change
The CUO added that another significant impact on the industry had come from the COVID-19 pandemic.

“Market estimates of the immediate impact related to COVID-19 are $50 to $80 billion in claims. So far the industry has booked on $20 billion, so it looks as though there is much more to come.

“We are in a very uncertain environment, with the number of deaths and infection rates still increasing.”

“We are all waiting for vaccines but the uncertainty of when those vaccines will be available and whether they will be effective is still very high,” he said.

Ojeisekhoba said: “Even before the COVID-19 crisis, most major markets were operating at below-average profitability. To be able to address the growing need for insurance protection in a sustainable way, further price increases across all lines of business are clearly needed.”

Pointing to a “new trend”, Léger said there had been an “increase in very large nat cat events” over the last two decades which, he said, had been driven by more people moving to areas that are exposed to nat cat risks, while the wealth in these areas has grown over the past two decades.

In addition to this, the contribution of secondary perils to overall nat cat claims has been around 50 percent for the last few years.

“We all know that some of those secondary perils, bushfires for example, are being driven by climate change. We are seeing the real impact of climate change on the reinsurance industry,” he said.

“The world is finding it very difficult to tackle climate change, or to take any effective action. “At Swiss Re, we expect this trend of secondary perils to become more important; it will be a continued trend and will get worse in the years to come.”

“In these unprecedented times it’s more important than ever to support our clients with risk knowledge, capital strength and tailored solutions.

“In the end, it’s about tackling protection gaps together to make the world more resilient,” Ojeisekhoba concluded.