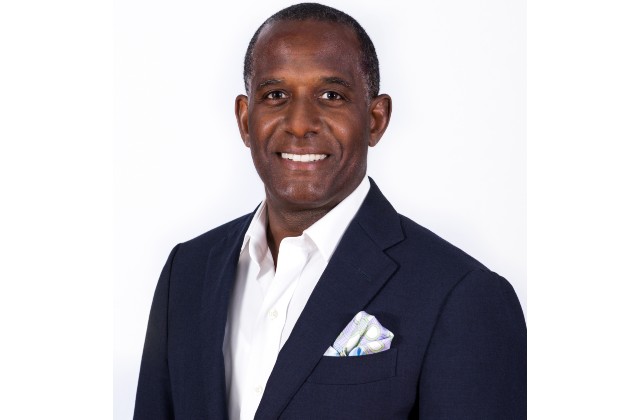 Re/insurers are blocking the path for young black men into the industry by including “completely unnecessary” qualification or experience requirements for entry level positions, according to William Wharton, head of Argo Insurance in Bermuda.

“If someone can demonstrate they are intelligent and hard-working, they could easily be trained to do the job,” Wharton said.

“These job specifications may have been composed years ago as an excuse to hire outside Bermuda, to justify a work permit application, but now each time a new job is advertised it is a copy and paste of the last job advert.

“People do it that way because that is how it has always been done, but there is no reason for that.”

While there is more re/insurers can do to encourage greater diversity among their employees, Wharton noted that employees already in the industry can do more to encourage a new generation of black men to come into the industry.

“We need to make the black people who are already doing well in the industry more visible,” he said.

“That is more likely to encourage that young person to believe that re/insurance is an industry where he can succeed.”

The re/insurance industry has made a concerted effort to improve its performance in terms of diversity, and has made some progress, especially in terms of promoting women. Traditionally firms have concentrated their efforts on working with schools and universities to encourage more women and minorities to study relevant subjects and consider careers in re/insurance.

Re/insurers have provided scholarships to Bermudians who may not have been able to afford to make such large investments in their own education, to encourage more locals into the industry. That has paid off, and will continue to do so, but it is a very gradual process. For now, there are still too few black Bermudians graduating with the relevant degrees to redress the racial balance among re/insurer workforces, Wharton believes.

“The industry is becoming more diverse but it is happening slowly, and companies do not have the luxury of moving slowly,” he said. “Stakeholders, from shareholders, regulators, rating agencies, employees and customers, are increasingly demanding aggressive remediation.”

Wharton noted that reinsurers may be somewhat insulated, compared with insurers, because they are not consumer-facing, but he noted any company can be called out on social media if it does not act.

Better business
Wharton emphasised that diversity is not only a question of ethics, but also of financial performance: it is in re/insurers’ interests to promote diversity at senior levels because it will lead to them doing better business, he said.

“Diversity of thought is a real phenomenon,” he explained. “The team around me at Argo is very diverse, in terms of gender and race, and I have no doubt that enables us to make better decisions.

“Diversity of people leads to diversity of thought, which leads to better decisions and thence to higher profits.”

To deliver that, existing executives—especially black and female executives who have made it to the top—need actively to champion diverse candidates when senior vacancies open up, Wharton said.

“I have heard Patrick Tannock of AXA XL talk about sponsorship of promising employees, as opposed to mentorship,” Wharton noted.

“Executive management jobs tend not to be widely advertised, and when promising employees reach that level it is because they have been sponsored, or supported, by existing executives who believe they are up to the task.

“This means it is very much about who you know—and who knows you. More executives need to sponsor diverse candidates for senior roles.”

Wharton noted that risk aversion may also be a factor discouraging black men and women from applying for jobs that tend to have relatively short durations compared with positions at lower levels.

“For white men it is less of a risk because there are always other jobs, but women and black people may be less confident about taking on a relatively short-term role if they worry it will be hard to get another job at that level after it,” said Wharton.

“It is a different risk calculation.”

Despite the numerous hurdles, Wharton is confident the industry will make rapid progress on diversity in coming years.

“I am confident that in 10 years, if you have a group of chief executives, senior vice presidents or middle managers, you will see similar, or at least acceptable, levels of diversity in each group,” he concluded.