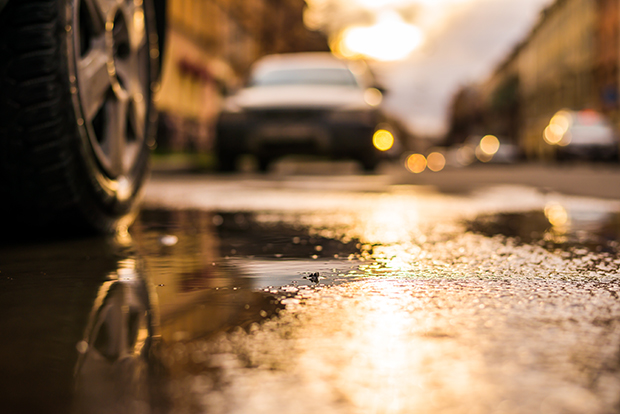 For many of us the regular weather forecast is about what to wear and whether to pick up sunglasses and/or an umbrella. Nephila Climate has a slightly different take on it.

The specialty division, part of Nephila Capital, which since November last year has been owned by Markel Corporation, takes on weather risk for sectors such as agriculture and energy.

The risk might be from high or low temperatures, rainfall, gusting winds or blazing sunshine, or the lack of them, and how they affect the day-to-day revenue and costs of companies.

Everyone is affected by the weather so the fact it’s a growth area is no surprise.

What does it mean in practice?
For a renewable energy hydroelectric plant, for example, the exposure is that if there is less rainfall than expected, water levels in rivers and dams drop, and the plant can’t produce as much power. But it still has contracts to provide power to customers.

“If the plant has weather risk protection and it doesn’t rain the amount agreed, the cover will pay out,” says Nephila Climate chairman Barney Schauble.

“It’s effectively another form of risk transfer, like insurance, that will allow the coverholder to buy power to stabilise its operation. The same is true for a wind farm or a solar facility.”

Weather risk exposure extends beyond power producers to customers. For example, firms that want to use renewable energy, such as Microsoft and other large tech firms, have decided to power their data centres and businesses with “green” energy for economic and reputational reasons.

“That’s laudable and often very economical, but it also means you don’t know exactly when that energy is going to arrive,” says Schauble.

Even if you can deal with that operationally it can mean that your income statement looks messy.

“There’s additional volatility that you are making money and losing money in different quarters depending on when the energy comes in.”

This is where the weather risk transfer product comes in. These companies might want to buy protection against that volatility “just to smooth it out”.

“They’re happy with the energy they’re receiving but the fact that it arrives unevenly can cause them to look like a more volatile business than they really are.

“We can provide cover to the generator—to the wind farm itself—but also to the ‘off-taker’ because they’re concerned about the volatility,” Schauble explains.

He says that if risk transfer can absorb some of the volatility, by being “a shock absorber on both sides of that transaction, for the natural volatility of the weather”, then both parties can be more comfortable with using renewable energy, which is good for everybody.

Weather affects other utilities too.
“In a very mild winter, like the last one in the UK where it was quite warm, people don’t turn their heating on.

Companies that have gas waiting to be supplied to your house don’t make the revenue they had hoped for, which would have been used to pay their employees and shareholders,” says Schauble.

“You can effectively hedge the difference between what you hope for in terms of normal weather and what actually arrives.”

Weather risk cover might sound like common sense in today’s climate-sensitive society but, Schauble says, back in 2005 when Nephila Capital launched its weather strategy, there was less awareness of the importance of renewable energy.

“In 2005, we didn’t call it Nephila Climate but over the course of the next 10-plus years that strategy grew and we expanded the team. It was always a small part of what Nephila did in its overall business,” he says.

By 2018 the company had seen “meaningful growth” in weather risk enquiries and decided to rebrand the strategy as Nephila Climate to give it a more public profile and draw more attention to this component of the business.

“With conventional insurance and reinsurance most people know who to call, but if you’re running an airline, a construction company, an agriculture company, or a wind farm, you may not know that this kind of protection is available,” he explains.

New owners
The outlook shifted for the weather risk provider in August last year when Markel Corporation confirmed plans to acquire Nephila Capital, at the time the biggest insurance-linked securities (ILS) manager in the world.

The deal, which included Nephila Climate, was completed for an undisclosed sum in November 2018.

In less than six months Nephila Capital had gone from being an independent asset manager with fewer than 200 people to being part of a global conglomerate.

“Markel’s ownership gives us access to many more resources than we had internally on our own. It allowed us to start thinking with them about how we can work our products together,” Schauble says.

Nephila Climate does business in India but doesn’t have an office there—Markel has an office in India and contacts in the country’s municipalities. Markel talks to people in towns and cities all around the world, towns and cities that are exposed to weather risk such as snow and rainfall.

“If you go back to the original premise of Nephila Climate offering products that are still relatively new to many people, risk managers, and intermediaries, Markel’s scale can help us deepen and broaden awareness of products.

“That’s good not just for us and Markel but at a societal level in terms of resilience. The more you can help people to manage these risks the more you create a sustainable economy,” he adds.

It’s a win-win—and one that has legs, according to Schauble, who says that as people become more sensitive to weather and climate risk, interest in protection products grows.

Regulators and other industry bodies are also driving demand. “The Prudential Regulation Authority, the Bank of England, the ratings agencies and large-scale investors are saying ‘what are you doing as a business?’ and ‘what is your business exposure to weather volatility?’.

“To quantify that, for example if you are a large water utility company, and you say ‘yes, rainfall is becoming more volatile and that’s causing a problem for me’, the next logical step is to ask ‘what can the business do to address
that?’,” he says.

There are operational solutions, such as capturing more rainwater, or being more efficient about how you use water, but for things you can’t control, such as when the rain falls, risk transfer is an option.

The right fit
For a water utility company the risk that it does not rain and as a result costs increase, or there’s a decrease in revenue, is huge, says Schauble. But for Nephila Climate it is just another risk that fits into a much larger portfolio.

Historically, regions with the most take-up of weather risk transfer are Europe and the UK, Australia, New Zealand, and
the US. Nephila Climate has also signed deals in Africa at a sovereign level with the African Risk Capacity Initiative.

This is a public scheme, which was originally sponsored by the UN World Food Programme for countries to buy protection against low rainfall.

“The nice thing about this kind of risk, unlike conventional insurance, is that because you are typically measuring weather using an established recording station it doesn’t have to be in a developed economy,” says Schauble.

If there’s a measurement station where there is a known history and ongoing rainfall reporting, whether that’s in India, China, Ghana, or Brazil, you don’t have to have people physically there examining the actual damage, he explains.

“You can say ‘we know that these 10 weather stations exist along this river in Brazil and to the extent that they report these outcomes, we will make a payment.’ It’s easier to provide this protection more consistently, globally.

“There are more sensors, gauges, satellite images and other ways to track what’s going on than there ever have been, and that makes the availability of this coverage much easier globally,” he adds.

Data collection
Today’s data availability is in contrast to when this type of protection was first offered. In 2005, one of the biggest challenges was the lack of consistent data sources.

“That mismatch caused a lot of problems in constructing an acceptable hedge but now it’s much easier to say ‘we can specifically measure the things that feed into your hydroelectric turbine’.”

People who looked at weather risk when the answer on data wasn’t satisfactory, might now come back to it because they can get a better solution.

Looking at the bigger picture, Schauble says weather risk products help society to develop and grow as “ultimately, volatility is expensive to society and the economy”.

For a hydroelectric plant, if it doesn’t rain and the company has to buy power in the spot market, that can be very expensive. If there is heavy snowfall on a large US city, the disruption might cost $100 million more than had been planned for, which has a knock-on effect for the wider budget and spending on schools or the police, for example. Risk transfer can ease this kind of volatility, Schauble claims.

“If farmers know that they are covered if it does not rain, they are going to be more willing to say ‘yes, I’ll plant this crop’ or ‘yes, I’ll invest in new equipment’ than if they have to keep money aside because they don’t know each year whether they will survive,” he says.

How much bigger is the market for weather risk products likely to get?
Schauble points to catastrophe reinsurance as a comparative example. On its own this segment of reinsurance is worth between $300 billion or $400 billion of limit of notional protection in transactions each year, he says.

“We’ve seen very meaningful growth in the past three years, and we expect that growth trajectory to continue in developed and developing markets across different sectors.

Putting a precise figure on it is hard, he adds, but the weather insurance market could grow as much as 50 or 100 percent. With figures like that, the forecast looks bright.

Barney Schauble is chairman of Nephila Climate. He can be contacted at: bschauble@nephilaclimate.com