Focusing on the details: e2Value CEO on dealing with data and climate change 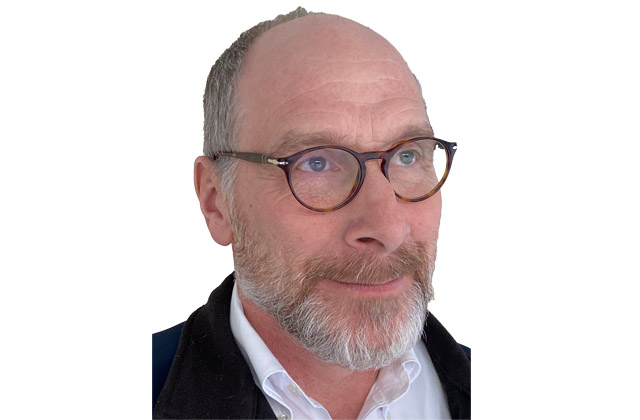 e2Value CEO Todd Rissel was working in the insurtech business before the word itself was even coined. After over 20 years in the market, the company is now setting its sights on tackling the new challenges facing the industry.

While the insurance world has witnessed the rise of insurtech as the zeitgeist buzzword over recent years, as the technology revolution worked its way from Silicon Valley to the City of London, e2Value CEO Todd Rissel has a broader tale to tell.

Rissel founded the company alongside George Moore in 2000, and it specialises in providing web-based insurance-to-value calculations and collateral value monitoring of properties.

The platform provides data and values for structures across North America, taking into account the dimensions of the property and setting its value against current market prices to provide pinpoint accurate valuations.

The executive joined the Re/insurance Lounge, Intelligent Insurer’s online, on-demand platform for interviews and panel discussions with leaders in the industry, to discuss how e2Value is bringing modern data capabilities to its clients, dealing with climate change, and what the future holds for the firm.

Rissel has weathered several shifts in market sentiment during his career. But as the momentum moves once again towards harder pricing after the pandemic, how has the industry reacted? He says that while one of the biggest changes over the course of his career has been the demand of underwriters for ever more precise information, the other seismic shift has been that of climate change.

“The other part of it, especially in those 20 years, has been an acceleration of climate change and its impact. We have a hurricane going to Florida today, and the impact of the environment over those 20 years. Wildfires happened 20 years ago, but not to the same extent they are happening today,” he said.

“Hailstorms have gone up dramatically. I am not sure the amount of damage corresponds, but it has definitely changed. Tornadoes have changed as well.

“While the marketplace is changing on one side, it is also changing dramatically from a natural catastrophe standpoint. That also is impacting capacity in the marketplace and people wanting to dot their i’s and cross their t’s before they underwrite some risks.”

One initiative which e2Value is rolling out to help ease those concerns is a partnership with Willis Towers Watson, called the Structure Insurance Score.

The tie-up is aimed at helping carriers more accurately price the risk of a home relative to its price, which Rissel says can have a significant impact on the loss ratio when applied across the scope of multiple books of business.

“In the home or structure world with commercial structure, there tends to be a correlation with value and price. The structure score looks at a house, in the same way that an auto score looks at a car, and rates its propensity towards certain losses,” he said.

“You can take a good two to three points off a carrier’s loss ratio, just by scoring these structures. About 5 percent of an insurance book has an outsized influence on the book’s loss ratio.”

“You can take a good two to three points off a carrier’s loss ratio, just by scoring these structures.” Todd Rissel, e2Value

Another major area of focus is so-called ‘prefill’ data, where carriers can simply plug an address into a system to retrieve the value of a particular structure, while ensuring the veracity of the data provided.

That system allows consumers to update information in as little as three minutes, by simply filling out a set of questions in a text or email and in some instances uploading pictures through the interface.

Rissel says that it is at its best when providing underwriters who must know the smallest details of a policy but have limited means of accessing the data needed to price the risk as they would like.

“A lot of underwriters in London were insuring particular excess risks, maybe in California and Florida, and they might want one more question answered, and it’s sometimes a big deal for them to get that other question answered,” Rissel said.

“With this technology, they could just send a text, or an email. A caretaker, agent or broker could respond to it, take a few pictures and in a matter of minutes you could answer a few questions and put everything to bed.”

With 20 years of experience, e2Value shows no signs of slowing down—so what is Rissel’s plan for the future?

“We want to be eight times as big over the next number of years!” he says.

“Seriously, the targets we’ve set are making sure that the groups, the carriers and the people we serve, are getting the best benefit from this technology.”