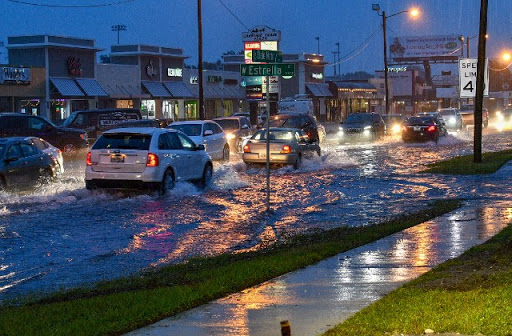 For more than two decades US insurer Prime Insurance Company has forged a path built on partnership, clear communication and a constructive approach to risk. CEO Rick Lindsey explains how it’s done to Intelligent Insurer.

Rick Lindsey’s straight-talking, partnership-driven approach to insurance stands in contrast to the current trend within the industry for exclusions and cancellations. While many insurance companies are responding to crises such as COVID-19 and wildfires by withdrawing coverage, the Prime chief executive officer believes the answer is to keep writing the insurance insureds need—but to price it right.

“Everybody is cancelling because they didn’t think there were going to be wildfires in California,” Lindsey says.

“There have always been fires in the west, so the problem is they didn’t get enough premium. It’s amazing to me as that as an industry we are always selling on a lower price. I wonder how well Mercedes would do if they were selling at a cheaper price all the time?

“It’s up to us to raise the bar and do a better job of telling people things they don’t want to hear, but providing them with the coverage they really need. If I insure a home in Florida, for example, I give them wind and flood in their homeowners’ policy; I don’t exclude wind and flood, because wind and flood are what they need in Florida.

“It’s a higher price but that’s what you should be telling people. You shouldn’t own that home in Florida if you can’t afford that price.”

His approach has reaped dividends: in the past two decades Prime has grown from humble beginnings into an AM Best Excellent A rated business with four offices and nearly 200 employees, operating in all 50 US states. Besides having a constructive, ‘can-do’ attitude to risk, the company is known for its relationship-driven approach that makes it possible to tailor coverage to suit each insured as well as encouraging them to cooperate with everything from reporting incidents to fighting spurious clams.

“The further away you get from clients, the more people are able to shoot the gaps like a line-backer in football,” Lindsey warns.

Close to the risks

Being close to insureds makes it possible to have more control over how risk is addressed and how claims are managed. For example, if a business requires some level of physical security, Prime will provide the cover that enables the business to address this in-house.

“It’s the wrong approach to be excluding security and telling them they have to hire somebody else that has their own insurance,” Lindsey says.

“I don’t want them to have outside security, I want to give them security coverage and I want them to bring it in house so that we can manage the claims more efficiently. I don’t see anybody else taking that approach.”

Since joining the industry in 1979 Lindsey has worked in multiple insurance roles and it’s this experience, coupled with a partnership approach, that underpins Prime’s ability to offer types of coverage that other insurers are backing away from.

“I do believe that what drove me to where I am today was that as an agent and broker back in the late 1970s and early 1980s I dealt with people personally—you can look them in the eye and commit to doing the job,” he says.

Lindsey has shaped his company in his image, encouraging his team to establish a personal connection with the insureds.
“They meet people, talk to people—we’re much closer to the client,” he says. “If you’ve never met somebody and then grenades start coming over the wall, you’re going to react like traditional insurance carriers: cancel everything and say: ‘we don’t do that any more’.

“I have never stopped writing. I write less business than the companies that come in and undercut my pricing, but I’ve never cancelled a class of business.”

He adds that when insurers make a speedy exit from a class of business, they often overpay open claims.

“They want to show they are getting out, that they are not doing that any more, and the sooner they can close all those claims the better,” he says.

And while some insurers will jettison insureds that have a run of losses, Lindsey takes a more philosophical approach.

“I see the ugly loss runs as an opportunity,” he says. “When I see all kinds of lawsuits on the loss run, I think that this kind of insured must be pretty smart by now, one who should be pretty upset and want a good insurance partner who will do the job they need done.

“In most cases, they are going to pay my price now, whereas before they wouldn’t have paid my price because they could have got a lower one elsewhere.”

This partnership approach extends to educating insureds to help them bring the cost of their insurance down over time.
“If we write a brand new trucker at $20,000 a truck, my goal is to get them down to $10,000. He has to perform—which doesn’t mean I don’t want him to make any claims, it means I want him to report incidents, because everybody has incidents and claims,” Lindsey says.

“I tell them that if I take their money that includes them having claims, so they have to report them to me and let me do my job—which is to manage claims efficiently.”

Lindsey’s approach includes mounting a robust defence when claims are taken to court; he says his insureds appreciate the fact that Prime will believe them and help them manage their claims aggressively.

However, when an insured is at fault, Prime will move to pay the claim early. “We don’t want somebody to have to go get a lawyer,” he says. “If our insured runs somebody off the road, we want our insured to be on the phone with them asking if they want a rental car, and asking, ‘how can we take care of this?’.

“In some ways it’s about making the right turn—you don’t force people to sue you, you show up and give them the opportunity to deal with you directly.”

When comes to instructing lawyers, Lindsey once again favours a collaborative approach as opposed to leaving everything in their hands.

If a lawyer says they are going to lose, Lindsey does not sit back and accept this.

“I tell them, ‘Ok, I hear you say we’re going to lose, now we go play the game and I think we’re going to win’. I take that part of it out of their hands because I know more about it than anybody else, because I’m personally involved.”

He believes his long career in the industry, which has given him experience in multiple roles from underwriting to claims management, has given him a valuable perspective and the ability to make tough decisions as CEO that other companies might pass to an underwriter.

In his opinion, having ‘skin in the game’ is vital to making good decisions—which is why Prime’s business model includes profit-sharing for all its producers.

He works to create a more joined-up approach which builds a shared sense of responsibility for making key decisions.

“Underwriters have their experience but they’re not risking their own money and they’re not the ones who have to manage a claim down the road either. In most cases I think that’s a mistake we made as an industry: we separated claims from underwriting,” he says.

Another mistake he sees in the industry is a rush to embrace the latest technical solutions while at the same time missing some of the most simple, obvious ways to work more efficiently. For example, when someone takes out a policy on a property, Prime will ask them to take a video on their smartphone of the inside and the outside of the property so that there is a clear, indisputable record of its condition and contents. It’s a simple solution, but a hugely effective one.

“Everybody is looking for an algorithm or some sort of computer solution,” Lindsey says. “I think we need to go old school: it’s about relationships. Technology gets you further away from people and reality.”

Ultimately, Lindsey’s—and therefore Prime’s—approach is founded on plain speaking, personal connection and communication. His confidence about the work he does enables him to keep things plain and simple, rather than adding layers of obfuscation.

“Everything can be broken down into very simple terms,” he says. “That’s how we deal with stuff: a very basic, commonsense approach, being up front and frank and not using big words: making it simple for people.”