The evolution of media liability 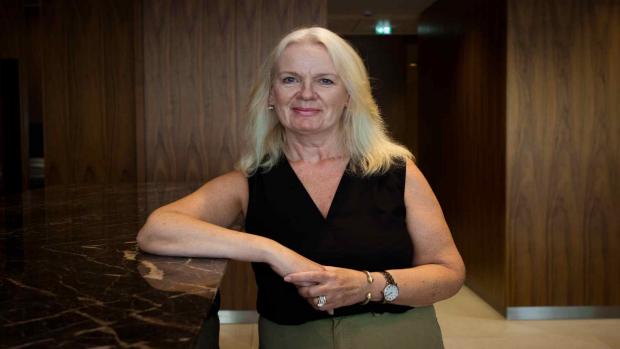 Markel’s senior underwriter Nicola Marshall talks about her 20-year career and what the future of media liability will look like as technology continues to redefine the media landscape.

Nicola Marshall, senior underwriter at Markel, went straight from school to secretarial college. “My first job was working for Sedgwick Insurance Brokers as part of their backroom team, typing correspondence and slips. I had no idea about the insurance industry or what these things were for,” Marshall told Intelligent Insurer. “But I liked the people and for the 10 ten years worked at various brokers as a personal secretary.”

In her late 20s she moved to a broker to be part of a reinsurance team. Unfortunately, the team was made redundant. “People split up and I followed two of the directors to another company.”

Her new role was to walk around the market changing the accounts into the new company. Marshall took her Lloyd’s test and began placing some of the business. However, she said: “I decided it wasn’t for me, hanging around half an hour or so waiting for the lead underwriter to come back from lunch.”

An opportunity came up for a trainee underwriter writing media liability for a managing general agent, which she took. She said she was fascinated by some of the types of buyers in this sector—broadcasters, newspapers, film producers etc—but also the legal side of it, which includes defamation, copyright and trademark infringement.

“Being an underwriter enabled me to see the other side of the business concerning issues these companies face which you wouldn’t normally be aware of if you were watching a programme on the television,” she recalled.

It was in this job that Marshall realised she was very interested in media law.

“Some of these laws had been in existence since the 7th century and had not been updated to reflect developments in how we communicate. It wasn’t until we had libel reform in 2013, which took into consideration freedom of expression, that media law started to move forward.”

“All of a sudden it’s not just content, but data and records being held enabling companies to trade.” Nicola Marshall, Markel

In her 20-year career Marshall has seen many changes in insurance and one that she views as particularly influential is rapid advances in technology. This has revolutionised the way people communicate and has extended the reach of media. “The internet revolutionised the media market for companies wishing to grow their audience share, but it also came with challenges that we didn’t fully recognise at the time,” she said.

“Media wordings started out as covering the basic exposures for libel, privacy, copyright and trademark infringement, and then they were incorporating third party unauthorised access cyber exposures. Move ahead again, and now there are first party cyber exposures to consider because all of a sudden it’s not just content, but data and records being held enabling companies to trade.”

Today there is a cyber market which didn’t exist 20-plus years ago, she said, bringing with it a need for ongoing education about the potential exposures.

Prior to the cyber side developing in terms of claims, insurance policies combined both those risks under one policy for premium efficiencies, she said. But Marshall said she views media risk and cyber risk as two very different exposures.

When the risks are combined, the challenge lies mainly with the insureds, she explained. “If the cyber risk blows it could take out the media coverage as well, which is covering essentially the core business of a media company. I believe these risks should be separated out, but a problem arises if the infrastructure and risk elements to the cyber exposure are poor. No-one wants to write it, so it has to stay with the media—although this year, we have seen more risks being separated out as more companies take that on board.”

Generally media risks perform well, she said, because they rely on certain procedures and controls being in place to manage the libel and intellectual property exposures.

“Rates remain steady without being inflated, unlike in the cyber market which has fluctuated greatly. Where the two risks are under the same policy, media has been able to take advantage of the wave of cyber rate increases that has come through.”

“It took some time to streamline the wordings and we’re pleased with the result.”

Marshall was instrumental in the development and launch of Markel’s media and entertainment policy wording. She said it made sense to collaborate with the firm’s entertainment team, who write production liability exposures, while she writes film E&O insurance.

“There was a lot of crossover in this sector of the market given we deal with the same brokers and the same insureds. By bringing out one complete wording combining both sides of the business, our insureds can have everything under one policy if they wish,” she said.

But, she added, not all markets are able to write both risks or provide one policy as a one-stop shop. “The types of risk are both very different as you are coverihttps://www.intelligentinsurer.com/channel/markel-corporationng all the risks associated with a film shoot under one side of the policy from cast to cameras, for example—the property and liability risks. On the other hand the film E&O is purely covering everything you can see and hear when the film is ready to be aired. It took some time to streamline the wordings and we’re pleased with the result.”

Media risks are always going to be challenging, Marshall said, as there will always be technological developments which influence the way content is perceived in this area.

“Non fungible tokens and the metaverse are developing areas which don’t currently have the claims development that helps underwriters understand and evaluate the ways in which claims can arise. But given it can provide a new revenue stream I am sure it will definitely grow,” she concluded.