The power of technology 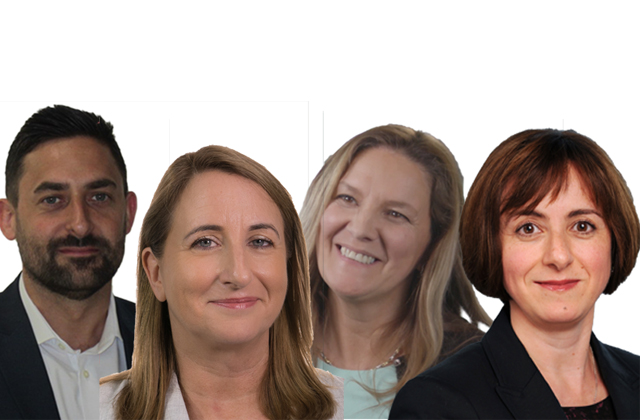 Technology is transforming claims and bringing the department to the forefront of the insurance business. As the revolution continues, the basics need to remembered. These were two key themes of a panel discussion comprising claims experts and sponsored by Liberty Specialty Markets.

Claims is the “shop window” for insurers, according to Scott Feltham at global contract food service company Compass Group. Nowadays, however, insureds are quite likely to interact with the department through a screen on their phone.

Technology has revolutionised the claims process in both the front and the back office: that was one key observation from a session of Intelligent Insurer’s Re/insurance Lounge, the online, on-demand platform for interviews and panel discussions with leading players on all sides of the market.

The panel looked at how technology is changing claims, what it can’t change and what’s to come.

“We can trigger an alert to clients to let them know what is coming.” Carol Baker, Liberty Specialty Markets

A win-win
There have, agreed the panellists, been significant changes to claims enabled by technology over the last two decades. One key change is the data available. Madell recalled the start of her career in Lloyd’s, when she went through the syndicate’s losses every morning manually recorded on the cards.

“I’ve seen a huge change in claims over my period in the industry,” she said.

“It gives the likes of me ammunition to go to the business or operations and determine what additional risk control measures might be required to mitigate the risk,” he explained. Automation and multi-channel systems have simplified claims notification—again, a welcome development.

“We operate in more than 55,000 locations across the world, and what the operators don’t want at the end of the shift is to have to clear lots of paperwork,” he added.

There are obvious benefits in all of this to insurers. The automation helps reduce the cost of claims, the data informs profitable underwriting, and early notifications can limit claims costs.

It can also help avoid claims entirely, Baker pointed out: Liberty’s cat risk response, for instance, uses drones and satellite images to track hurricanes. That ensures its loss adjusters are in place to respond promptly after the event and also provides clients with an early warning, giving them opportunities to mitigate losses.

“We can trigger an alert to clients to let them know what is coming, let them see using that digital aerial image and see what the impact is going to be across their portfolio,” she said.

“We’re there to help the insured mitigate their risks, and data is hugely important to enable us to do that,” Irene Stavrou, Liberty Specialty Markets

Coming to the fore
According to Stavrou, this reflects and explains the bigger change in the status and profile of the claims department.

“When I started, claims was definitely a back-office function,” she said. “Our role is so much broader than that now. We get involved before the inception of the policy; we’re there to help the insured mitigate their risks, and data is hugely important to enable us to do that,” she said.

As Madell said, the importance of claims reflects the value customers attach to it: for many, it’s the most contact they have with the insurer. It’s the key experience.

“We often see that when a client has a very good claims experience they are likely to stay with that carrier. Conversely, when we see a poor experience, we know that they often choose to move and change their insurer partner at the next renewal,” she said.

As a result, investments and improvements in claims handling are continuing. Faster, more automated solutions are likely to be seen in future. Madell pointed to parametric solutions using blockchain settlement—with an automatic trigger for payment of claims without any client notification.

“That really takes things to another level,” she said. Likewise, robotics are being employed to determine civil liability claims more quickly, with artificial intelligence to review circumstances of accidents against available evidence and previous case law.

Babies and bathwater
There were two notes of caution from the panellists. First, there remains room for improvement.

On streamlining and simplifying the claims process, there has, perhaps inevitably, been more progress in some areas than others, said Madell.

“On the lower value claims, we’ve seen a lot of change and faster innovation. Obviously, insurers want to make it as easy for a client to interact as possible,” she said.

“There is less impact in some of the financial lines areas that have deep technical capabilities required and are far harder to automate.”

Feltham agreed. “Some parts of the claims process still feel cumbersome,” he said, with plenty of scope to make it more efficient and less time-consuming.

More fundamentally, insurers should be cautious about the changes they make. In part, as Madell points out, that’s because history tells us they can backfire: witness the offshoring of some claims departments that caused service to suffer and led to damage to the brand. New systems and processes must be tested carefully.

It’s also because there’s a limit to what the technology can achieve. For a start, said Feltham, insureds can’t simply pass off responsibility for their claims data.

“Frankly, as a buyer of insurance, no-one ought to know your claims data, your exposure information better than you,” he said. “I see the data that comes from insurers as being but one layer in that process of interrogating data.”

More than that, there’s still a need for human interaction—they welcome the ease of notification and speed automation brings, but buyers want someone to call at the end of the phone, he said.

What would the claims department of the future look like if Feltham had his way?

“Hopefully, not overly different from what it has been in the past,” he said.

Stavrou agreed that people would remain the essential element. “I’ve seen huge strides in technology over the last 15 years that have made services and building our relationships much stronger.

“I look forward to seeing what comes next, although technical expertise and the relationships will always be at the heart of it.”