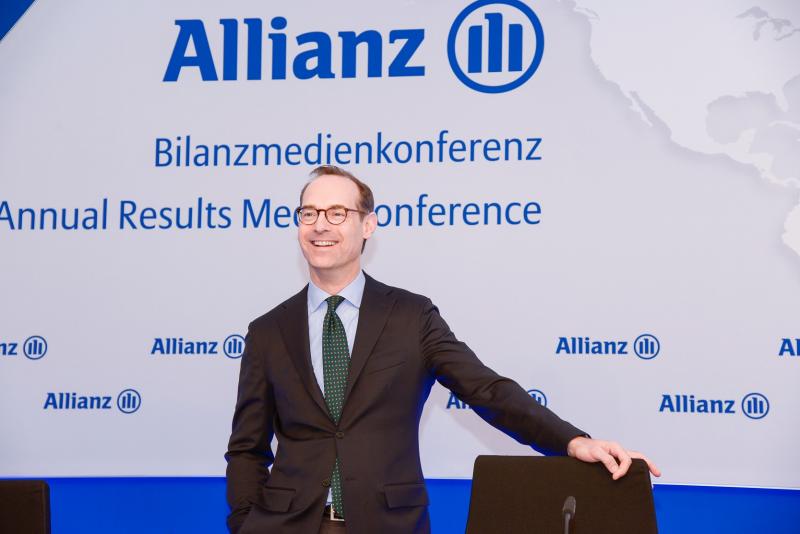 German insurer Allianz is convinced of its reorganisation of the life business which is under pressure due to a low interest rate environment, especially in Germany where insurers have offered guaranteed returns to clients that are now difficult to meet.

The group’s net income attributable to shareholders was up 4.0 percent year-on-year at €6.9 billion in 2016, driven by the life and health segment.

In life and health insurance, operating profit for the year increased 9.3 percent to €4.1 billion, driven by a higher investment margin, the company said. The targeted shift toward capital-efficient products was reflected in the rise of the new business margin to 2.7 percent for the full year. As a result, the value of new business rose 21.7 percent to 1.4 billion euros compared to 2015.

“We are particularly pleased about the positive developments in life insurance,” CEO Oliver Bäte said during a Feb. 17 press conference.

Two years ago Allianz decided on a plan to shift the new business in life as quickly as possible to capital efficient products as these would offer clients higher returns, Bäte explained, adding that the guarantees first of all were costly for clients.

“Already now we are very close to our 2018 targets and we will continue working on the reorganisation,” he noted.

Allianz wants to improve the margin in the life new business to 3 percent, and it is delivering on this target despite interest rates continuing to fall, Bäte said. “The trend is very positive. In the fourth quarter we even had 2.9 percent,” he said.

Allianz has also decided to take action in the existing business and remove any potential loss-making accounts while being determined to shed business if improvements were unachievable organically, Bäte explained.

This was the case in South Korea, for example. In April 2016, Allianz agreed to sell Allianz Life Insurance Korea and Allianz Global Investors Korea to Anbang Insurance Group, a global insurance firm headquartered in Beijing, China.

In December 2016 Fitch ratings said that the sector outlook for German life insurance remains negative due to the challenging operating environment. “We are monitoring the situation closely and downgrades are possible from 2017,” the rating agency said. “There is considerable pressure on life insurers' ability to earn a sufficient return on their investments,” Fitch said, however noting that it expects rated German life companies to meet policyholders' guarantees.

German life insurers' capital buffers are being reduced by ongoing low interest rates. The buffers declined steadily between 2008 and 2016, and Fitch expects capital to remain under pressure in 2017.