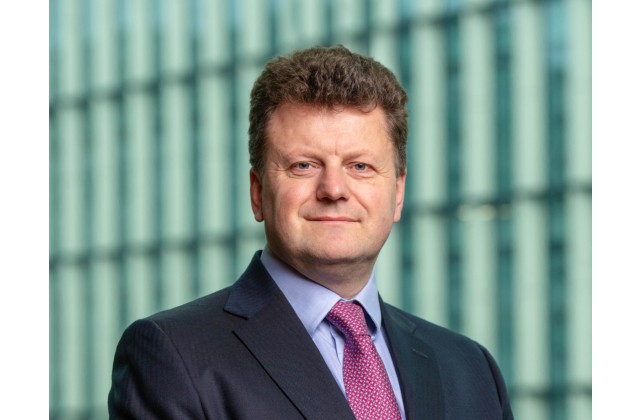 Pool Re, the UK government-backed provider of terrorism reinsurance, has been highly successful in its efforts to increase the number of reinsurers willing to participate on its retrocessional placements and the number of investors willing to support its ILS programme.

This is as a result of multi-faceted efforts to improve understanding, modelling, and mitigation of the terrorism threat, Julian Enoizi, chief executive officer of Pool Re, told Monte Carlo Today.

“Our strategy of continuing to demonstrate the work we’re doing around risk analysis and modelling is making reinsurers more comfortable with what we are doing,” Enoizi said.

“We have good friends in the reinsurance industry who understand Pool Re and are very supportive.”

He said a key factor for attracting reinsurers has been communicating the rigour Pool Re brings to its work, through elements such as threat analysis, relationships with government, police departments and academia, a strong actuarial team and the ability to react swiftly.

Other positive developments include a substantial amount of private market capacity that was not there five years ago and greater risk retention from the insurance companies themselves, partly as a result of work that Pool Re has done in training risk engineers from insurance companies as well as providing premium reduction incentives via its online vulnerability self-assessment tool.

“The understanding of the threat has gone up and that has increased the appetite for the risk,” Enoizi said.

He added that terrorism risk is a rapidly evolving field, with the past six months alone raising issues such as climate action, far right extremism, Islamic fundamentalism, and the possibility that in the wake of COVID-19, terrorist groups may be considering biological terrorism.

“How does it stand up in the world we are in today? For example, we have had to extend from looking at property damage to including non-damage business interruption.

“When you get into cyber terrorism you have to question whether the definition used stacks up with what’s intended, as well as what verges on the edge of what might otherwise be considered as war.”

Enoizi said that current hot topics within the industry focus on the hardening market and how long this will last, the state of the casualty market, the catastrophe issues of the last two or three years, and of course pandemic: will it be excluded, and will that exclusion be absolute?

“The less obvious topics are systemic challenges such as climate change, long-term disability and cyber: what role is the insurance industry going to play in managing, mitigating and financing these risks?

“Will it lead along with the governments or want to walk away from the risk altogether and will you have to buy separate products or a product that is going to cover all of those eventualities?

“How are we going to develop the product and distribute it more efficiently and how can we bring in people from other backgrounds, walks of life and industries who are going to give us a different way of thinking about these issues?”

The past couple of years have seen Pool Re celebrate significant milestones in a range of areas, from the founding of its ILS programme to the extension of its coverage to non-damage business interruption. This year has brought debates around whether Pool Re should be a vehicle for a public-private partnership addressing pandemic risk and even all types of systemic risks .

Milestones
Looking to the future, Enoizi expects further conversations around this but for now he is focused on terrorism-related issues such as the definition of terrorism and whether it is fit for purpose.

“There are a lot of questions that need debating and discussing, such as where does terror end and war begin, as witnessed by the recent report by The Geneva Association?

“We need constantly to look at terrorism cover, where there are protection gaps in that cover and how to close them,” he said.

He predicts further activity for Pool Re in the ILS area following the success of its ground-breaking ILS contract the first to cover terrorism risk.

“This was never going to be a one-off we bought it to go on a journey with the capital markets and get them comfortable with it,” he said.

“In the absence of a reliable vendor model view for the UK, investors were comfortable adopting the Pool Re model output as their sole modelling view.

“Given the historic view of terrorism as an unmodelled peril, for investors to adopt our model on the first ever designated ILS terrorism issue was an extraordinary vote of confidence in us and our work.”

Enoizi is looking forward to helping to build the market for terrorism risk by working to increase understanding and appetite.

“I am always at pains to point out that Pool Re is not here to monopolise the terrorism re/insurance market,” he said.

“Our stated goal is to develop and grow a private and commercial insurance and reinsurance market that stands alongside and eventually replaces Pool Re.

“We have empirical data showing that the terror market today is significantly bigger than it was five years ago. This is due to the work we have done which has been to the benefit of the whole market, the British economy and society.

“That journey of continuing to migrate towards being a systemic tail event carrier and leaving the attritional type of losses to the commercial market, is a road we will continue to travel,” he concluded.