Companies should factor our ability to change into systems management 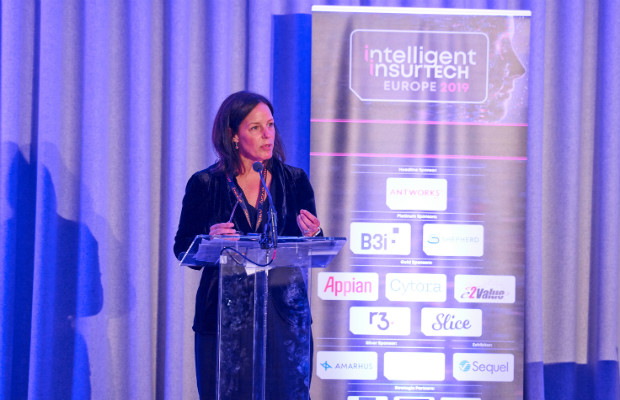 Amid the cacophony of noise and hype around the insurtech sector and its potential to revolutionise the risk transfer industry, participants would do well to take a step back occasionally and consider some of the human implications of the changes facing the industry—and how they might better understand those.

That was the message from Madeline Bailey, founder and managing director, Ballantyne, speaking at the Intelligent InsurTECH 2019 conference, which took place in London on October 14.

In a presentation titled ‘Alive at work: getting to grips with the human side of innovation’, Bailey, who was most recently head of strategic initiatives at MS Amlin, exploring the latest megatrends in digital disruption, spoke about her experiences working with Professor Dan Cable at London Business School, whose latest book, Alive at Work, was the inspiration for her presentation.

Bailey said it is important for companies to understand the behavioural and emotional aspects of innovation and what turns people on to effectively respond to change.

She said that human beings are uniquely receptive to change, and that companies should factor that into their systems management—and the way they view innovation.

“As a species, human beings are very open to change. Humans were not meant to fly; all other animals without wings simply walk.

“Yet humans want to fly higher and faster than any bird. I am not saying it always works, far from it, but humans have this unique ability to embrace and accept change,” she said.

Noting that one in three publicly listed companies will not exist in the same form in five years’ time, she added that it was important for companies to understand this because all organisations face a continuous challenge to remain relevant.

“For insurers specifically, we must always consider the problems our customers face rather than think only of our own return on investment. Not so long ago, a company that succeeded in solving a particular problem, could then do that one thing for many years.

“That is not possible any more. To stay relevant requires a process of continuous change.”

Bailey said such a culture is alien to large, incumbent players. For startups, it is a much more natural state, and she went on to describe three ideas formulated by Cable.

The first was what she called “the hedonic treadmill”, which refers to the unique capacity of human beings to accept something extraordinary due to innovation and to quickly view it as the norm.

“Imagine explaining to someone in the 1900s how they would be able to travel from Zurich to London, a journey that would have taken weeks back then, in just a couple of hours travelling in a metal tube that goes so high we cannot breathe the air,” she said.

“Now, it is the norm. We are creatures of demand—and we always desire the next best thing.”

It is important for companies to understand this idea, Bailey said.

“If they want to remain relevant, they will have to innovate,” she explained. “The very best companies base their entire business model around continuous disruption.

“You have to fan the flames of customers’ hedonic treadmills—and they need to consider carefully how to do that.”

She described the second concept as the “freedom and the frame” which refers to the fact that true innovation often comes from a place where the idea of failure is accepted.

“This is something that large companies find difficult,” she said. “Leaders tend to want innovation, but they want to deal only with the ideas that work.

“Being open to failure and learning from that is difficult, yet by definition innovation comes from experimentation.”

Bailey added that true leaders may have to look at what rules they can bend and even break.

“The freedom and the frame refers to the framework companies can use that allows for a process of playing, of innovating, of being able to change things and pivot quickly,” she explained.

“These qualities are critical for human beings and the best companies are also able to embrace these values.”

The final idea formulated by Cable related to “purpose”. Bailey said this was an extremely individual attribute that “must be found and cannot be given. It must be believed but not spoken”.

But, she said, for companies that succeed in giving their employees a purpose, it can regenerate the company and the individuals who believe in it.

“Purpose offers a very personal frame around the day-to-day activities of a company and helps people discover meaning in what they do,” she said.

“Studies have shown that individuals with purpose are healthier and live longer.

“This is hugely meaningful, therefore, for both companies and individuals. Companies that want to differentiate exceptionally need to be built for it,” she said.

“To do that you need to focus on your internal composition. Those that can do something meaningful for people instead of focusing on outputs alone, will be the ones still around in five years’ time.

“That is why insurtech is so important to this industry and its future,” she concluded.