COVID-19 has shunted the importance of reputational risk to the fore: Steel City Re 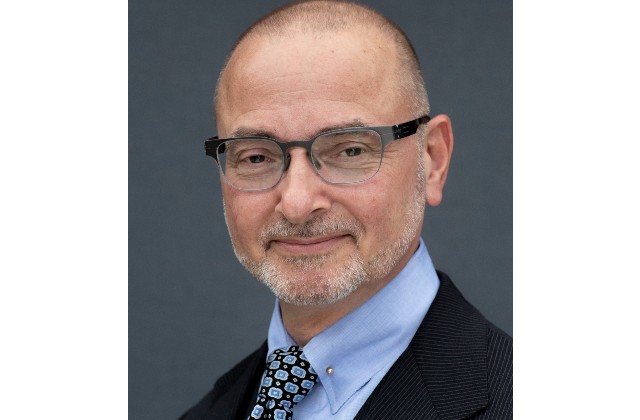 The COVID-19 pandemic and resulting devastation wrought on companies around the world has validated the work of Steel City Re, the Pittsburgh-based reputation risk management and insurance firm, according to Nir Kossovsky, the company’s CEO.

The outcome of all this is that it will measure and price reputational risk, offering clients a combination of risk mitigation, risk management and risk transfer strategies to offset this risk. Kossovsky argues that the challenges of COVID-19 have brought the importance of reputational risk to the fore—and Steel City Re is busier than ever as a result.

He said that the global crisis has not only validated the work Steel City Re is doing in reputational risk, but also “emphasises the critical nature to which these risks are enterprise-wide”.

Kossovsky was speaking during a panel discussion held on Intelligent Insurer’s Re/insurance Lounge, an online platform where interviews and panel discussions are held live on a weekly basis and content is available on demand at any time to members.

“One of the wonderful things about parametric insurance for the insurer is that the actuarial models underpinning parametric insurance are far more stable than most other forms of insurance,” he said. “Therefore an insurer who is prepared to offer parametric cover is entering the market with a far higher degree of confidence that they understand their exposures.”

Tokio Marine Kiln took interest in the company’s work in 2012—“with the concept of parametric insurance rapidly making progress in industry, our parameters became a useful model for building reputational insurances and the rest is history”, explained Kossovsky.

Now, Steel City Re supports a little under 300 clients, with its largest client being an $80 billion public company.

“It is reasonable to expect that any prudent or forward-thinking insurer will reward a firm for demonstrating unambiguously that it understands reputational risk and has taken the steps to mitigate and potentially even insure those exposures,” said Kossovsky.

Reputational risk is a behavioural economic notion, according to the CEO, which manifests in firms in many ways. The true nature of reputational risk is a class of perils, ranging from derivative litigation and nuclear verdicts, to liquidity pressures, to the public humiliation from a leadership perspective.

“What is common to all of these perils is that they manifest as shortfall in cashflows, triggered by a change in behaviour of the choices made by angry or disappointed stakeholders,” he added.

“Major changes in how the law is applied and interpreted in the last few months have made reputational risk a much greater board exposure.”

Considerations
Why should board members consider reputational risk insurance? Well, there are three main reasons, according to Kossovsky. “Major changes in how the law is applied and interpreted in the last few months have made reputational risk a much greater board exposure,” he said.

First, a report issued earlier this year by public relations firm Weber Shandwick concluded that, on average, global executives attribute 63 percent of their company’s market value to its overall reputation. There’s also an important segment of executives that attribute at least 76 percent of their market value to company reputation—these executives represent companies that are leveraging their company reputations for maximum financial returns.

In June last year, the Delaware Supreme Court handed down Marchand v Barnhill, holding that board members have a duty to oversee key risk areas.

Kossovsky stated: “A failure to oversee these business processes represents a failure in the duty of loyalty, and directors can’t be indemnified for this failure.”

Third, in August, the US Securities and Exchange Commission updated Regulation S-K, placing a greater obligation on companies to disclose risks, including the various types of risks that led to environmental, social and governance issues.

“There’s a duty to oversee disclosures, and a failure to do so often results in securities litigation, making this the third reason for board members to be keenly interested,” stated Kossovsky.

Last year, Steel City Re published a checklist for firms looking to bolster their reputational resilience. At the time, Kossovsky explained that the checklist was needed now more than ever, as “a record number” of CEOs lost their jobs the prior year, coupled with a surge in the number of reputation-based lawsuits focusing on board-level oversight. Perhaps it’s even more relevant now.