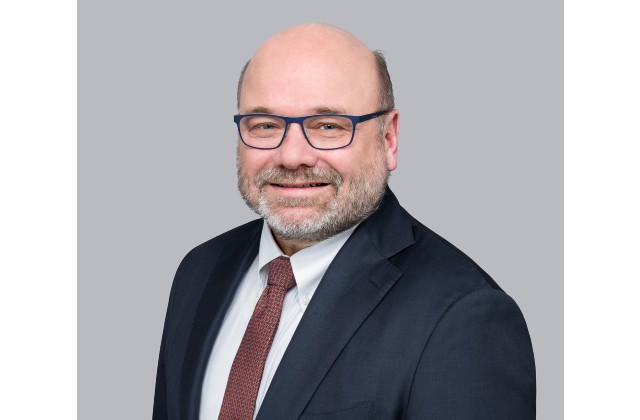 The market must think about more optimal ways of structuring capital in this new challenging environment, according to Dirk Lohmann, chairman of Schroder Secquaero, an insurance-linked securities (ILS) business within Schroder Investment Management Switzerland.

Lohmann explained that the industry will be faced with the challenge of having to optimise the return on capital in an environment where “we’re going to have persistently low or no interest income”.

He added: “There’s a certain amount of rate you can pass on to the consumer, but at some point in time, you’re going to reach a breaking point where people won’t buy.

“You have to think about more optimal ways of structuring your capital.”

Lohmann was speaking in an interview broadcast on Intelligent Insurer’s Re/insurance Lounge, an online platform where interviews and panel discussions are held live on a weekly basis and content is available on demand at any time to members.

According to Lohmann, finding new ways of “building the risk tower of capital” could be a big opportunity for the ILS market.

Schroder Secquaero is part of the private assets business with Schroders, which means that it has investors who have longer duration horizons from an investor perspective than you might typically find in an ILS fund.

“When you’re looking at commitment of a year or little longer, it’s constraining with the types of insurance risk and assets you can invest in,” he said. “But with a longer horizon, there are other areas you can investigate.”

Lohmann previously served as chief executive officer of the business, but was succeeded by Stephan Ruoff the former CEO of Tokio Millennium Re earlier this month. Now, rather than the day-to-day, Lohmann looks at strategic initiatives to find new insurance-linked areas to invest in.

The Schroder Secquaero business is currently looking at capital provision (specifically for Lloyd’s syndicates), run-off, and life ILS. The ILS business is closing its first vintage and planning to launch a second vintage this autumn.

“We see lots of opportunity within the traditional space, but also within these other areas where, if you have a different type of investment horizon, there’s more opportunities than if you’re just looking for liquidity and short-term investment,” he added.

“You need to make your money if you’re going to make any return on capital.” Dirk Lohmann

Climate change and unanticipated risks
Prior to COVID-19, the market was already in the process of turning and correcting itself, but the pandemic has accelerated this, said Lohmann.

“COVID-19 did lead to some investors becoming concerned because we had yet another catastrophe that was not modelled and was unanticipated,” he noted.

Despite this, Schroder Secquaero is currently in discussion with a number of investors about future opportunities, as “they see that prices have improved and continue to improve”.

Lohmann said that while there was some nervousness in the beginning of the second quarter, with questions about what the pandemic could mean for existing investments, the questions raised by investors have now transitioned back to what they were prior to COVID-19.

The ILS business tries to make a point that it believes climate change is occurring, but for certain types of peril (such as wildfire) it can be difficult to get a clear answer. For typhoons and hurricanes it’s a different story as the science is there to give indications, which the company can adjust for in its models.

“We can give an answer and we can also make the point that we’re looking only at a 12 to 36-month horizon and not long-term trend risks, so we can make adjustments.

“But that is a key consideration for investors; many investors think about it in the environmental, social, and corporate governance context and whether it is the right type of investment for them,” added Lohmann.

“The last major cyclical correction across all line of business was almost 20 years ago, post 9/11. It wasn’t just because of 9/11, but was in response to a softening and very competitive market environment in the late 1990s,” he explained.

Over the past five years, a similar situation has evolved in various lines of business. Many insurers and reinsurers have been bolstering their results by releasing prior year reserves as opposed to making money on underwriting, claimed Lohmann, but this started to come home to roost last year.

“We heard about it during the last part of 2019, when many insurance companies were talking about their results and the emergence of social inflation. I would call social inflation generally underpricing,” he added.

Combined with the pricing correction in property lines because of the large amount of catastrophes since 2017, global rate pricing improvements were being seen across all lines. COVID-19 hit and this trend was suddenly accelerated.

“While we don’t know what the magnitude of the loss will be, the bigger impact on the balance sheet of the industry is on the asset side, with regard to the changing value of assets and the reduction in return.

“You need to make your money if you’re going to make any return on capital,” he said.

To the question of whether new capital will enter the market and flatten the curve, Lohmann noted that it was interesting there was a lot of talk about capital raising because with a few limited exceptions of existing companies that have undertaken rights issues this hasn’t been seen very much.

“On top of that, ILS markets now represent a fungible form of capital that can step in to help those certain falls.

“While we’ve been in a phase of retrenchment for the last year-and-a-half, I think there is going to be money coming back into the sector, given the price improvements we see,” he concluded.