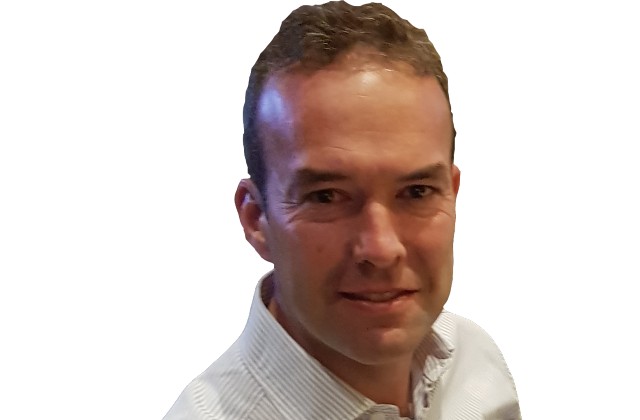 An accumulation of losses from this year and previous years, combined with the dynamics of supply and demand in the market, will determine rate increases in this renewal to a large extent. But a fear factor will also play an important role as it has done in all previous hard markets.

That is the view of Mark Vaughan, deputy head of treaty at Beazley with responsibility for writing the US & international treaty account from London. He told Intelligent Insurer that fear will be an important factor as the market grapples with negotiations around price in this renewal, which is one of the most extraordinary in the market’s history because of the restrictions around face-to-face contact due to COVID-19.

“The fear factor is always there to some extent. In a hard market, people talk about supply and demand, but sentiment and the fear of the unknown are always present as well—and that will play on people’s minds,” Vaughan said.

“It will have an important role in determining to what extent new capital enters the market. While it is moving in, it is happening in a very orderly way and will be controlled by established and sensible companies.”

Vaughan lists the multiple natural catastrophes that the market has endured in recent years. These include an increasing number of hurricanes, very high levels of tornados and severe wildfires, which have triggered significant losses for four years in a row. And that is before the uncertainty surrounding COVID-19-related losses is factored in.

He said there is uncertainty around the prevalence of natural catastrophes and the extent this may be linked to climate change.

“There is fear in the market around what is happening with climate change, such has been the frequency of events,” he said.

A good comparison is what happened in 2006, following a very bad hurricane season in 2005 when 27 tropical storms or cyclones were recorded, including Hurricane Katrina, Vaughan recalled.

That year was notable because the sheer number of storms meant the naming convention (the storms of the season are named in alphabetical order) was exhausted and the last six of the season had to use letters of the Greek alphabet.

“As a result, we saw fear in 2006. People had capacity but were wary of using it because of the uncertainty around the frequency of events the year before,” Vaughan said.

“Fast-forward to 2020 and we have already started using the Greek alphabet and we are only in early October. Climate change is very much front of people’s minds due to this and that will play into what happens with rates.”

“Some clients might see 5 percent and others 25 percent—it depends on a number of factors.” Mark Vaughan, Beazley

Aiming for a rise
A year ago, ahead of APCIA 2019, Vaughan said that Beazley was seeking a 10 percent uplift in pricing across its portfolio as an average and was prepared to walk away from business it deemed unsustainable.

He now claims Beazley did achieve that aim—and this year, unsurprisingly, it is seeking the same. He again likens the market to a J-curve, with primary rates increasing on one side and retrocessional rates on the other—with reinsurance pricing in the middle and lacking the rate hikes present on the other sides of the equation.

“I would argue that the J-curve remains in place. We are again seeking rate increases of 10 percent-plus on average across the board.

“Some clients might see 5 percent and others 25 percent—it depends on a number of factors including the historical rate they have paid and recent loss experience. But that is the average we are seeking,” he explained.

“Insurers have continued to enjoy increases, especially on US property accounts, and retro rates are positioned to go up considerably. So that leaves the question of reinsurance rates.

“We expect we will see a continuation of the strengthening we saw last year, especially given the continued uncertainty that COVID-19 brings.”

He added that aggregate excess-of-loss accounts will be especially challenging in this renewal because of the frequency, as will wildfire coverage. He anticipates that Beazley’s treaty book of business will enjoy some growth and solid rate increases.

“The treaty market has been suppressed since 2012 and still has a long way to go to achieve technically adequate levels,” he said.

Against the context of the challenges around travel and face-to-face meetings as a result of COVID-19, Vaughan suggested this had the potential to influence the dynamics of renewals discussions.

He argued that, on the one hand, it could be easier asking for rate increases via video link, but there was also the risk of underwriters ending out on a limb in their pricing through a lack of face-to-face contact in the market and networking.

“There are advantages and disadvantages to doing things by video,” he said.

“Yes, it might be easier sometimes to ask for certain things but the broking house have consolidated and it is important for underwriters to maintain communication with brokers and the wider market even though many are sitting at home.

“Otherwise, there is a risk of ending up out on a limb with their pricing.

“Beazley will look to be a consistent supplier of reinsurance to its long-term core clients and will work with them to find the structures that address their needs, and ours, in the current environment,” he concluded.