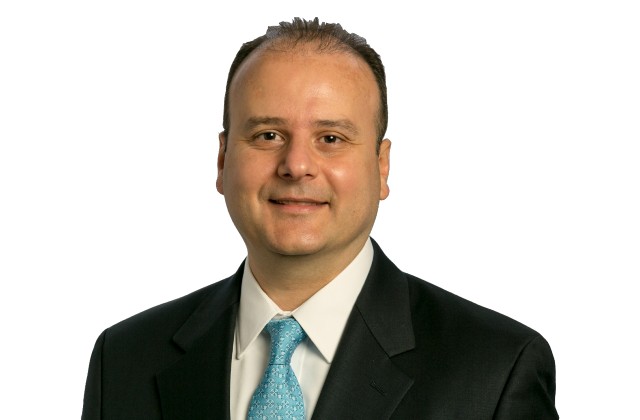 COVID-19 combined with other insurance losses, notably natural catastrophes and capital market volatility including investment losses, could become a capital event for the sector in 2020, according to Taoufik Gharib, senior director, S&P Global Ratings.

Some of the key issues the reinsurance sector has to address going forward are rate adequacy relative to loss cost trends and containing COVID-19 related losses within already booked reserves without significant adverse reserve development and major spillover into other lines of business.

“Therefore, higher technical underwriting margins are needed to make up for the shortfall in investment income and for insured losses.”

S&P’s current negative outlook for the reinsurance sector is based on a review of operating performance on a multiyear basis rather than a single year’s results because of the inherent volatility in reinsurers’ business models, which can result in elevated losses for any given year.

The industry struggled to earn its cost of capital (COC) in 2017 and 2018, and barely did so in 2019. Reinsurance pricing reacted in 2019 leading up to the January 2020 renewals, but price increases were mostly in the US and Japan, confirming the regionalisation of pricing trends.

“Entering 2020, the expectations were that this year the reinsurance sector’s results would improve,” said Gharib. “But COVID-19 losses and the ensuing market volatility became the straw that broke the camel’s back.

“Once again, we think the sector will not earn its COC this year, bearing in mind it has struggled to do so in the past three years due to large natural catastrophe losses, adverse loss trends in certain US casualty lines, and fierce competition among reinsurers exacerbated by alternative capital.

“Therefore, on May 18, 2020, we revised our outlook on the global reinsurance sector to negative from stable, as we believe business conditions are difficult.”

Looking ahead, he added: “Prospectively, we could reconsider our negative outlook at the point that we believe that the sector may earn its COC, which we don’t expect will happen before 2021 at the earliest.”

Black swans
COVID-19 is, of course, a key factor affecting this picture, but its effects have been intensified by other factors.

“In his 2007 book, “The Black Swan”, Nassim Nicholas Taleb coined the term ‘black swan’ for an unpredictable catastrophic event. Whether the pandemic is a black swan event or not, in the first six months of 2020, the top 20 global reinsurers reported COVID-19 losses of about $12 billion, which are an earnings event for the industry on a standalone basis,” said Gharib.

“Combined with other insurance losses, notably natural catastrophes and capital market volatility including investment losses, the sector could swing to a loss for the year. Thus, the sum of these losses could become a capital event for the sector in 2020.

“As reinsurance rate increases are booked, and earned, through income statements over the upcoming quarters, this should improve the accident-year loss ratios. However, because of the confluence of COVID-19 losses, adverse loss trends notably in US casualty lines, and natural catastrophe claims, we forecast an underwriting loss for the industry in 2020 with a combined ratio of 103 percent to 108 percent for the top 20 reinsurers and an extremely low return on equity of 0 to 3 percent.”

2021: a better picture
Although S&P expects expect some COVID-19 losses will emerge next year, the earnings picture is expected to improve in 2021 as reinsurance rate increases are earned, and assuming COVID-19 losses are contained within the current aggregate estimates.

In the first half of 2020, the S&P Global Ratings’ cohort of the top 20 global reinsurers recognised about $12 billion in COVID-19 losses or about 6 percentage points on the combined ratio based on annualised earned premiums.

These booked figures are mostly incurred but not reported losses representing first-order impacts from the outbreak, and include event cancellation, (contingent) business interruption (BI) , aviation, directors and officers (D&O), errors and omissions, credit including surety and mortgage, mortality, travel, and workers’ compensation.

“We believe additional direct and indirect COVID-19-related losses could emerge over the coming quarters,” said Gharib.

“A potential rise in corporate defaults will hit D&O policies, which have already been affected by claims inflation in recent years in the US. For BI and aviation, the impact will vary by region and depend on policy language.

“Most standard BI and aviation policies only cover losses from physical damage events—excluding infectious diseases. For example, US policies for the most part exclude communicable diseases. For BI in the US, there could be legislative attempts to retroactively expand insurance contract coverage.

“We believe that such efforts would be unsuccessful, unless the government provides resources to insurers to meet these obligations.”

Outside the US, there is an element of uncertainty about whether BI claims will be triggered and covered by re/insurers and may be subject to legal proceedings, particularly for policies with less definitive wordings around pandemic coverage. S&P therefore does not rule out that regulatory or legal pressure to pay claims may arise, with the potential for further volatility for reinsurers.

“Furthermore, we expect loss adjustment expenses to increase with a rise in litigation. The Financial Conduct Authority in the UK pursued a test case for BI insurance in the High Court and the judgment was mainly in favour of the policyholders,” said Gharib. “However, this judgment was appealed by the insurers.”

Pillar of strength
As to what the reinsurance sector has going in its favour, Gharib highlighted robust capital adequacy, which remains a pillar of strength for most reinsurers.

“This strength softens the potential blow from the severity risks that the industry is exposed to,” he said.

“For example, natural catastrophes, long-tail casualty reserves, and pandemics, to name a few, are risks that reinsurers assume in their underwriting operations.”

Given the extreme turbulence in the capital markets earlier this year and the uncertainty around COVID-19 losses, reinsurers have halted their share repurchases, a few have curtailed their dividends due to regulatory guidance, and many have raised capital, to bolster their balance sheets, with some aiming to take advantage of more favourable reinsurance pricing.

“This capital took the form of debt, hybrids, and even common equity, which should cushion against what seems to be an active catastrophe year,” said Gharib.

“We believe capitalisation will remain a strength for the sector in the next two years, but could be tested again by market volatility.”

The sentiment for rate increases had been in place for the past 18 months or so due to the confluence of many factors, but the 2019 reinsurance price rises lagged those in the primary insurance and retrocession markets.

“As a result, reinsurers expected pricing to rebound coming into 2020, with a major pick-up seen during midyear renewals, which were promising although somewhat below what the sector had hoped for,” said Gharib.

“Despite the risks from COVID-19 becoming prominent, pandemic-related considerations didn’t start fully to factor in until the June renewals, which gave a further boost to pricing.

“However, outside the US, rate increases were relatively subdued but positive, a change from historical trends.

“In a nutshell, overall reinsurance pricing has been hardening with tightening terms and conditions, further supported by the outbreak losses, which will carry the momentum into 2021,” he concluded.