Hurricane Ian adds fuel to the US P&C fire: Swiss Re 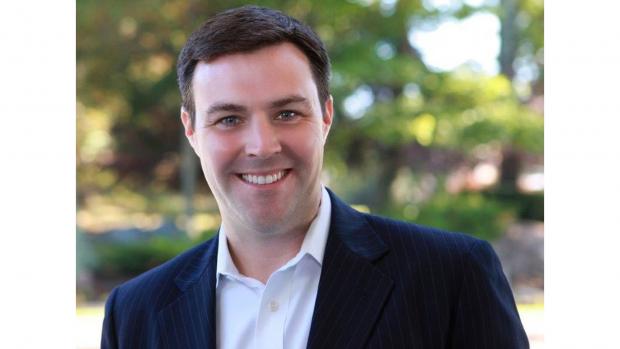 Hurricane Ian will add more fuel to the fire already raging in the US property-catastrophe market, Keith Wolfe (pictured), president, US P&C at Swiss Re, told Intelligent Insurer.

Wolfe explained that multiple macroeconomic factors had already impacted the supply-demand imbalance in this part of the reinsurance market over the last six to 12 months. Losses from Hurricane Ian will only accelerate some of those dynamics.

“Prior to Ian’s formation and landfall, there was already skyrocketing inflation, which was starting to put serious pressure on property lines in terms of replacement costs,” said Wolfe. “That created a timing issue around things being underinsured and what they’re really worth when they are damaged and repaired and replaced.”

In addition, supply chain issues, some still related to the COVID-19 pandemic and some to the macroeconomic environment, were still creating challenges.

As a result of these two factors alone, Swiss Re was starting to see cedants require more limit in the mid-year renewal—in the region 12 to 15 percent. This meant a greater demand from insurers for property-catastrophe capacity across the board.

Yet, Wolfe explained, this timing dovetailed with a number of factors that caused reinsurance capacity to shrink. Unrealised investment losses in many big reinsurers shrank balance sheets—in the short term, at least. That removed capacity from the property-catastrophe market, just when it was needed most.

“Two things are both going in the wrong direction, to create a really bad situation,” Wolfe said. “There’s a lot less supply and a lot more demand, all at the same time, independent of any events, including Hurricane Ian.”

“There’s a lot less supply and a lot more demand, all at the same time.” Keith Wolfe, Swiss Re

At the time of writing, it was too early for the industry to issue accurate loss estimates from Hurricane Ian. Early estimates from brokers and risk modellers had suggested insured losses could be in a range of anything between $10 and $35 billion, although the consensus was edging towards the higher end of that scale.

Wolfe said that whatever the final number, the event will put a lot more pressure on the system. Capital will be eroded further as a result of the losses. That will create an even more pronounced supply-demand imbalance going into the year-end renewal.

Swiss Re, in attendance at APCIA, attended another major event the week before: the National Association of Mutual Insurance Companies. At that, Wolfe has been involved in client meetings. While stressing those discussions were pre-Hurricane Ian, Wolfe said the a discussions centred around the factors mentioned above, especially the supply-demand imbalance.

Wolfe believes it is inevitable that rates will harden on the back of this combination of events. They are making current pricing levels, especially in the property space, untenable, he believes.

Wolfe noted some of the actions taken by some of Swiss Re’s competitors, which have decided to either curtail or exit property-cat business because the volatility has become too much for the size of their portfolio.

“That kind dynamic also changes the supply-demand imbalance—again, not for the good,” Wolfe said. “This imbalance that I expect to see at 1/1 is not good for the industry; it’s not good for anybody.”

Hurricane Ian will have a particularly pronounced impact on the Florida insurance market. The state already had deep problems in its insurance sector, mainly stemming from its legal system. Although some reforms have been passed, a number of insurers have been downgraded and others declared insolvent this year, partly because of a lack of reinsurance capacity in the market.

“We saw stress on carriers with leveraged business models.”

Wolfe agrees Florida has a lot of problems, some of which have been coming for years. Some of its legislative challenges include the way assignment of benefits works and other factors around replacement costs.

“There’s a lot of legislation in Florida that has created some stress on that system, which resulted in a lot of national carriers deciding it wasn’t worth writing a lot of business there,” he said.

“The domestic players depend on reinsurance quite heavily and when reinsurance prices started going up materially at the beginning of the year and accelerated into the second quarter, it impacted the Florida market. We saw stress on carriers with leveraged business models. As a result, the optionality for them to not buy reinsurance and have their business model work wasn’t there.”

As a result, Wolfe expects some hard conversations for the 1/1 renewal season, as this confluence of factors continues to affect the market as a whole.