ILS holds its own during pandemic: Aon Securities’ Schultz 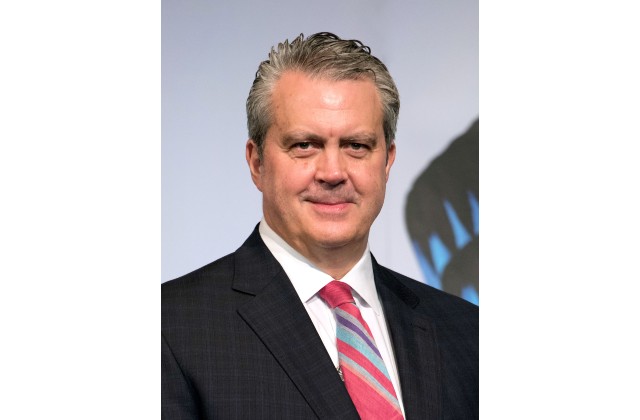 The insurance-linked securities (ILS) sector has performed “extraordinarily well” during the pandemic, according to Paul Schultz, chief executive officer at Aon Securities.

“A market where there are higher rates is going to bring some new investors into the space.”

Speaking as part of the virtual Rendez-Vous 2020 on II’s Reinsurance Lounge community, Schultz said there was “no question” that there would be market losses from COVID-19.

But he was clear: “ILS has performed extraordinarily well during this period of time. We’ve seen some rate lifts and that’s consistent with the overall reinsurance market.”

Given the ongoing uncertainty, he said this would manifest itself as “a little bit of uncertainty, maybe around capital levels and how capital flows back into the space”.

However, Schultz was optimistic about ongoing business.

“I would hate to say it’s business as usual in this environment, because it’s not for lots of things, but the way we’re going about talking with clients and investors about getting transactions done, we’re getting into a routine now.

“It’s not business as usual but we’re getting back to business in a healthy way.”

Asked if the market was stabilising, he said “absolutely”, adding that he’d seen the bond market pause around the end of March when all the financial markets were in the greatest amount of stress that they’ve been in this year.

“There were probably four weeks when there was no activity, which was certainly unusual because that time would be a typically high period of issuance.”

Activity resumed following May 1, 2020, he said, adding that Aon Securities was prepared for the fourth quarter.

“What will be different is originating or marketing, however you want to describe it in this environment while everything’s virtual. But in terms of executing and transactioning, we’ve proved we can do that regardless of where people sit.”

Risk and capital
As you might expect, the Aon Securities chief has been watching capital levels all year. He said there was a bit of concern earlier in 2020 around the time of the bond market pause as people kept a close eye out for any kind of redemption activity where capital providers start to pull capital back from the asset class.

Schultz said he never thought there would be disappointment or uncertainty around ILS’s performance, but that capital providers might seek “opportunistic investments, as things pop up”. However, that scenario wasn’t seen to a great extent, he said.

As the fourth quarter beckons, Schultz said the real question now was “how might allocations to ILS change, if at all?”.

“What we’re seeing is that it is pretty stable. There will be a bit of trapped collateral that has to be dealt with in the industry because of the uncertainty around COVID-19 losses.

“We’re clearly not yet out of the woods for the north Atlantic hurricane season, so that has implications, and also wildfires. The extent of the trapped collateral probably isn’t known today but we’re watching that pretty closely.

“We also need to see how much fresh capital comes into the industry to offset anything that might be locked up,” he told the Reinsurance Lounge audience.

“When we contemplate the pipeline of activity that we and others have in the marketplace and we match that against capital we expect to be in the market, we feel comfortable where we are. So we are looking forward to a pretty active Q4.”

With the hardening market showing no signs of stopping, Schultz expects to see more opportunity as cedants look to continue to diversify their overall reinsurance purchases.

“The ILS market is going to be the beneficiary of some of that, so we’re expecting elevated levels of issuance going forward.

“The harder market will drive opportunity, so a market where there are higher rates is going to bring some new investors into the space and create opportunity from a cedant perspective in terms of continuing to diversify reinsurance purchases, but also potentially bring some new capital in from investors who are watching what happens to the return profile,” he explains.

“The market conditions we’re in will lead to elevated activity or elevated issuance levels and we can expect that for a while. It’s not a near-term set of circumstances and will disappear in 2021 throughout 2021 we should see the same type of response.”

With capital such a major focus of the business, it is no surprise that Aon announced a new initiative at the firm called Capital Partners in August 2020. Its focus is to drive improved thinking around matching risk and capital.

Schultz said the initiative wasn’t just for ILS capital but capital from other types of investors.

“The team will think about the universe of capital opportunities, whether that’s from pension funds or private equity. Wherever it comes from, we’re going to do a better job matching up the client or cedant opportunity with the investor interest,” he concluded.

To watch the full video interview on which this write-up is based, click here and visit Intelligent Insurer's Re/insurance Lounge